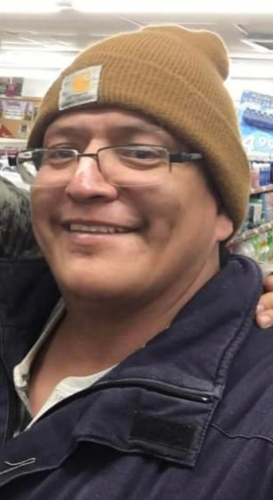 original image (1023x1871)
Lakota people and their culture have been made popular through movies, legends of Lakota heroes such as Crazy Horse and Red Cloud, and through media exposes like 20/20. Despite that, most people in the Unites States, can’t tell you where the Pine Ridge Indian Reservation is on a map or that Manderson, South Dakota sits almost right in the middle of it.

And, unless you are local, almost nobody knows that on January 5, Michael J White Plume and just a few weeks short of his 40th birthday, was shot in cold blood and killed while he slept along with two other people.

Neither the Rapid City Journal, the Lakota County Times nor the Native Sun News picked up the story.

He worked hard and graduated from Oglala Lakota College with a certificate in auto mechanics. He supported his family through his trade and was often seen under the hood of a car or changing a tire for an aunt or a sibling. If he wasn’t working on cars or helping someone, you would likely find him sitting with friends or family cracking jokes and finding the little things to make others smile.

He was a kind, caring and compassionate man. He is loved and cherished by his family and his story and the stories of the slain, deserve to be heard.

The details behind the murders are still under investigation.

The family is seeking support to cover the costs of funeral expenses.
https://www.gofundme.com/f/oglala-lakota-m...
Add Your Comments
Support Independent Media
We are 100% volunteer and depend on your participation to sustain our efforts!