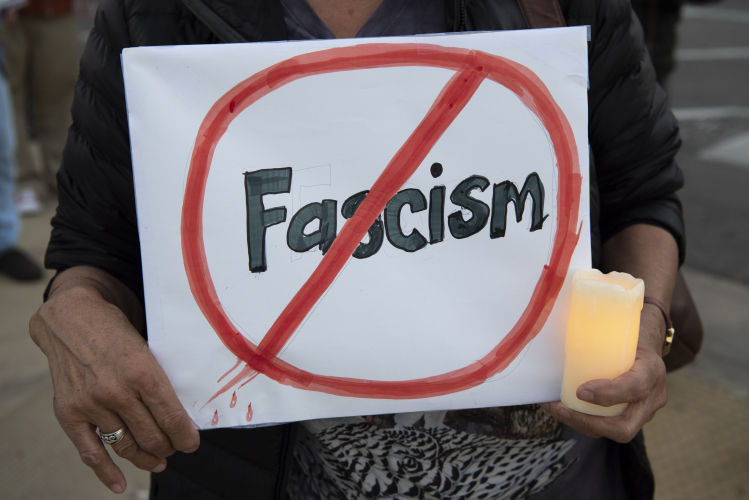 When Biden spoke, he directly criticized former President Donald Trump for the first time since the election.

January 6, 2021, of course, was when thousands of demonstrators in Washington, D.C., incited by Republican lies about the validity of the 2020 election for President, launched an insurrection at the Capitol Building. The election results were being certified in Congress that day. Five died in the violence.

There were around 75 people at a vigil in remembrance one year after January 6th, in front of Fresno’s City Hall. There were several speakers and a man read a poem. The Raging Grannies performed. That was followed by an open mike.

City Councilman Mike Karbassi was one of the speakers. He said, “Historically, look, this is not the only time we've had some craziness in our country where we've had a lot of challenges. We had challenges in the sixties and the seventies, but no one ever stormed our capital threatening the lives of the speaker, the vice president, elected officials, and wanted to basically take out our government. It's never happened.”

One woman in the crowd, who had never been to a protest before, came up to the open mike and said: “The American spirit is under risk. We need to fight for it.” She was met with applause.

There were remembrance vigils in nearly 200 other American cities. They were coordinated nationally by MoveOn.org, a progressive umbrella organization.

The activist who brought the vigil to Fresno was Brian Bobbitt, a retired union electrical worker and a volunteer with the Fresno County Democratic Party.

He said in an interview as the vigil wound down, “If we didn't stop Trump, I would've really been concerned because they would've taken it to another level. I mean, I've heard them go, ‘can we shoot now?’ Excuse me!? They just get a free pass to speak like that!”

“There wasn't one mention [here] of wanting to do violence on any one person, but they say it all the time: ‘I’ll invoke my second amendment rights!’ … It's frightening.”

The United States, under President Biden, is seeking a reckoning with the events of January 6, 2021. Around 725 people have been arrested so far for participating in the insurrection at the Capitol, and 70 have been convicted and sentenced. Also, a congressional investigation is taking place which will hold public hearings in the Spring. Among other things it is looking into whether Donald Trump should be charged with a crime for his role in the events. 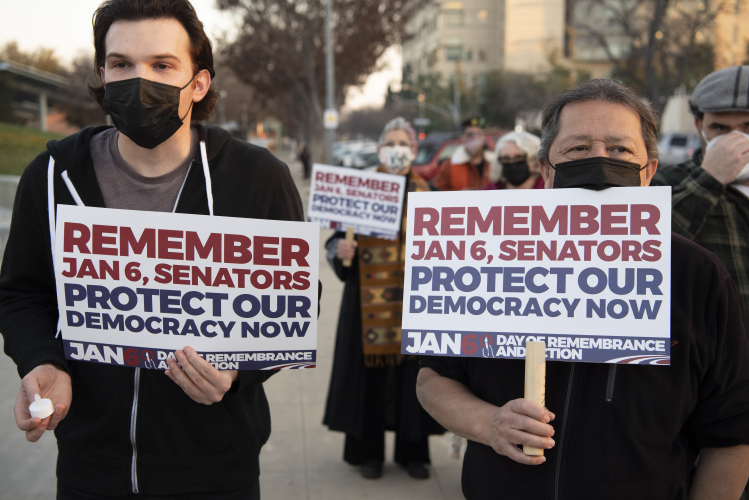 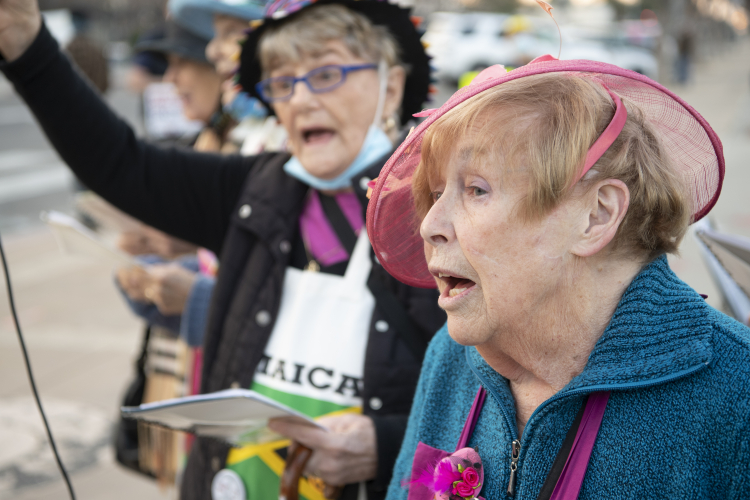