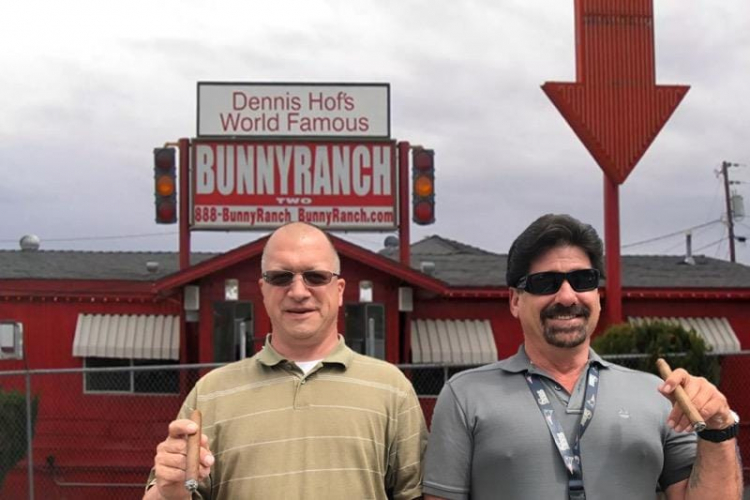 original image (800x533)
Pictured here are Joint Base Lewis-McChord (JBLM) Deputy Chief of Police Michael Steward and Detective Kevin Trinque during their visit to the Bunny Ranch (https://www.bunnyranch.com/) in Nevada.

According to Department of Defense Instruction 2200.01 (April 21, 2015) "It is DoD policy to: Deter activities of DoD Service members, civilian employees, indirect hires, DoD contractors, foreign national employees of DoD, and all dependents that could facilitate or support TIP, domestically and overseas. This includes activities such as:

(1) Prostitution, pimping, pandering, and patronizing a prostitute. Even though such activities may be legal in a host nation country, they are in violation of:

It appears that Deputy Chief Steward and Det. Trinque also violated the 2015 Attorney General Memorandum (https://justice.gov/file/1047646/download), on the "Prohibition on the Solicitation of Prostitution" by law enforcement personnel.

I DID NOT HAVE SEX WITH THAT WOMAN! (And even if I did, you can't prove it.) Are we expected to believe that these men went to the Bunny Ranch just to pose outside?

Regardless of how you may feel personally about prostitution and sex workers, Michael Steward and Kevin Trinque are senior law enforcement personnel at JBLM and are required to comply with laws and regulations governing their employment. Even if we accept that they only posed for a photo outside the Bunny Ranch (which we don't), this gives the perception of misconduct and reflects poorly on the integrity of the JBLM Police Department. How can the victim of a sexual crime on JBLM trust the police when their senior police officers are posing for photos outside a brothel? 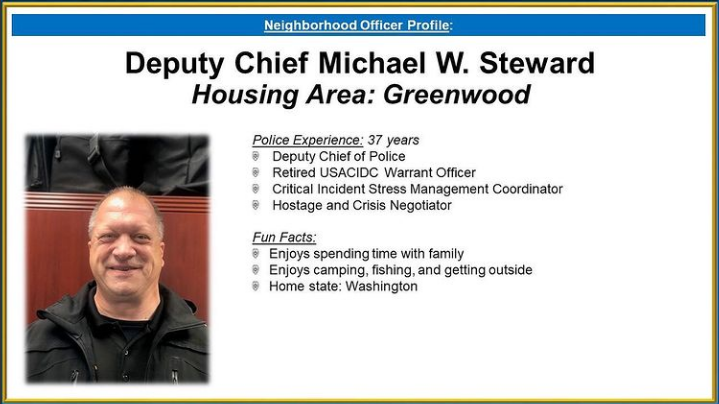 Add Your Comments
§Poser bikers.
by Anonymous
Sunday Apr 10th, 2022 3:03 PM
Kevin pulled a gun on me while off duty and never mentioned he was a off duty law enforcement officer not to mention he was under the influence of alcohol when it happened. He claimed he was in a biker gang and proceeded to tell me how he is a badass biker and would shoot me.
Add a Comment
Support Independent Media
We are 100% volunteer and depend on your participation to sustain our efforts!