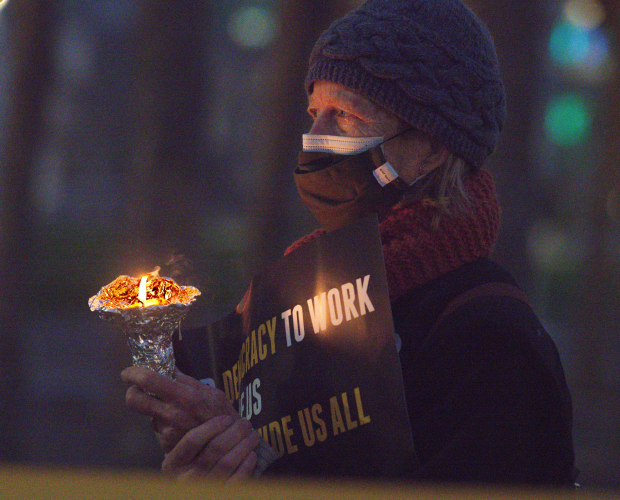 On the January 6th anniversary of Trump's violent attempt to reverse his loss in the Presidential election, San Francisco joined cities throught the country in remembrance protests and rallies.

The protesters then marched around the nearby Federal building. As night fell and battery powered lights highlighted large signs, a candlelight rally and vigil was held in Civic Center Plaza.

As the disconnect between the country's self proclaimed narrative as the world's inpiration for democracy and justice and the reality of its foundation on genocide and slavery exposes deep fissures in its social fabric, millions have followed a Fascist demagogue and talk of civil war abounds.

Protesters called out the Senate and the Electoral College that make a mockery of representative government, the barriers to voting by the "wrong" people, racist murderous police forces, and a military that sows mayhem throughout the world. Many signs accused Republican legislators of treason and demanded accountability. 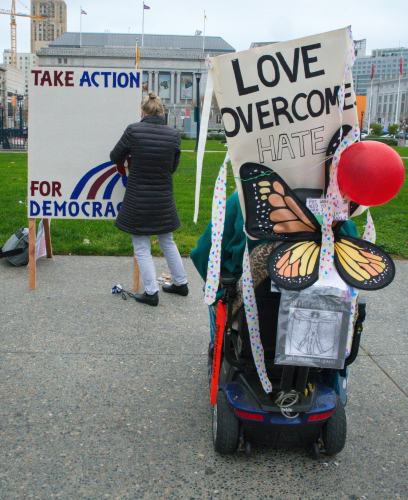 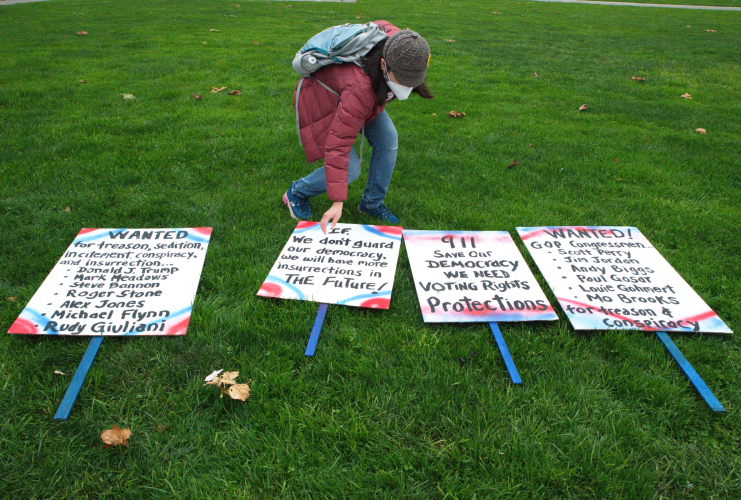 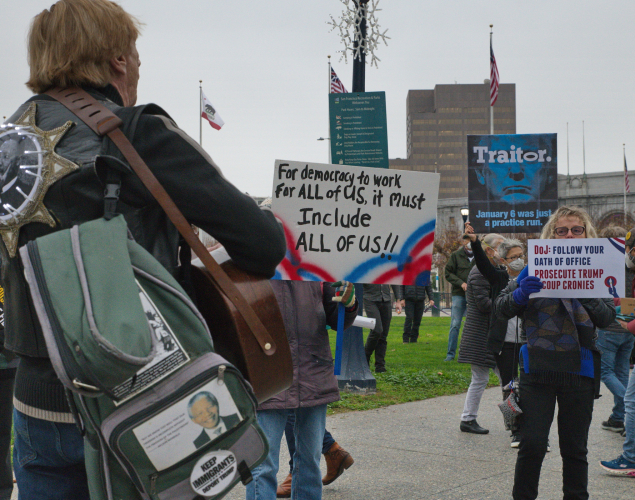 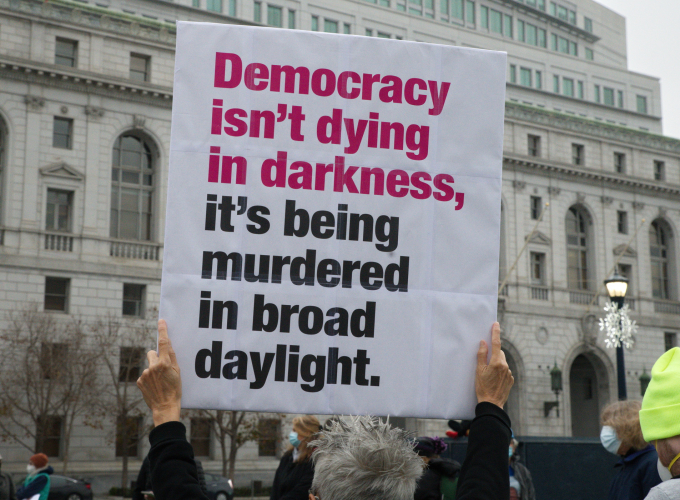 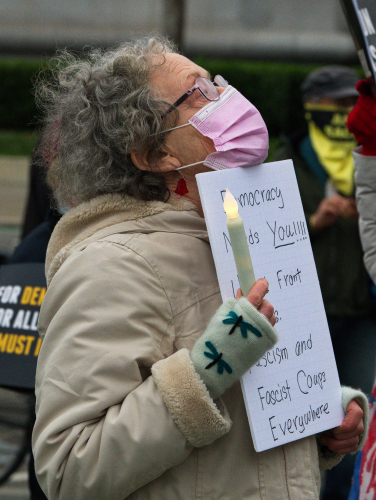 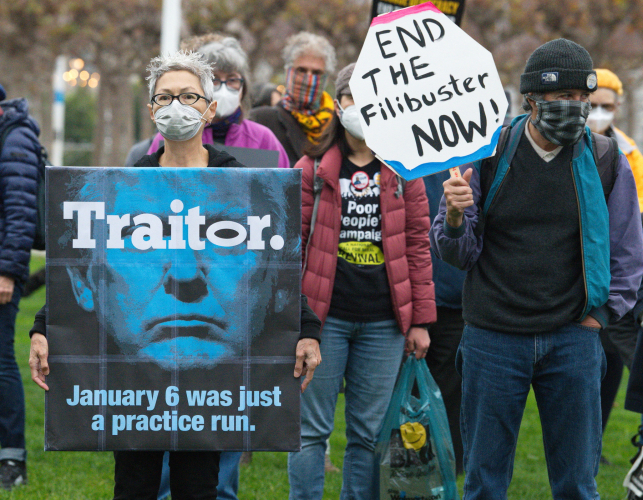 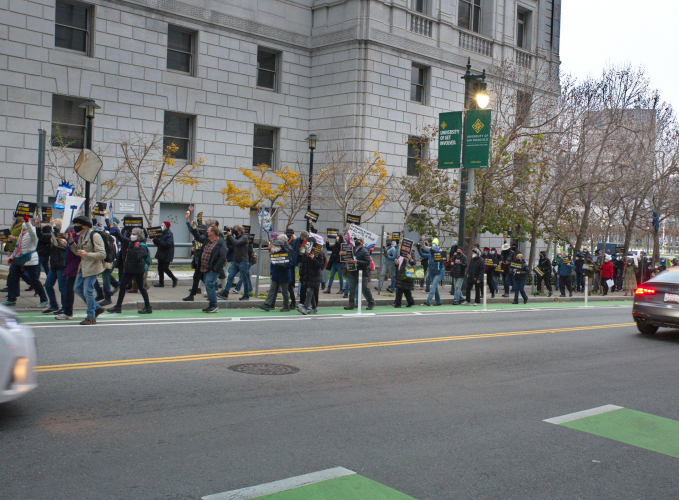 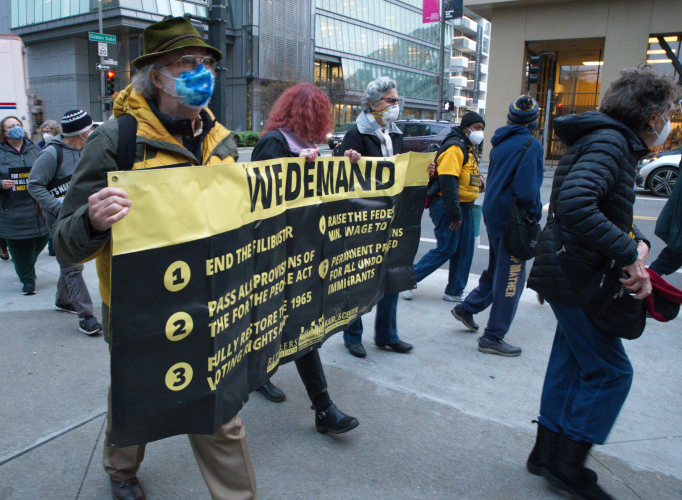 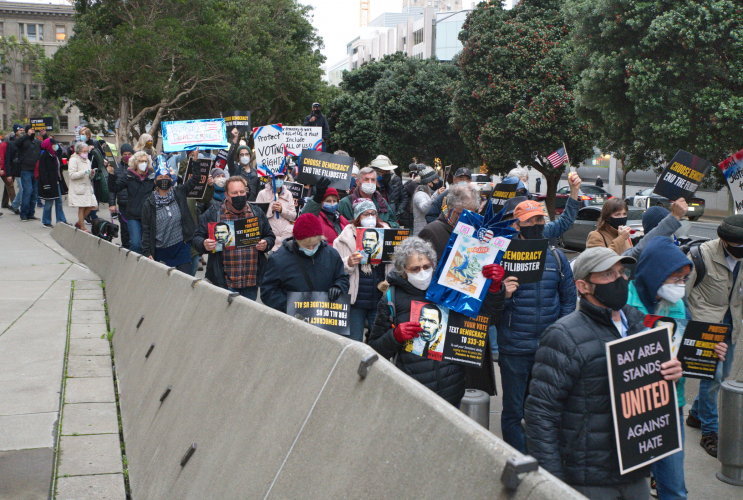 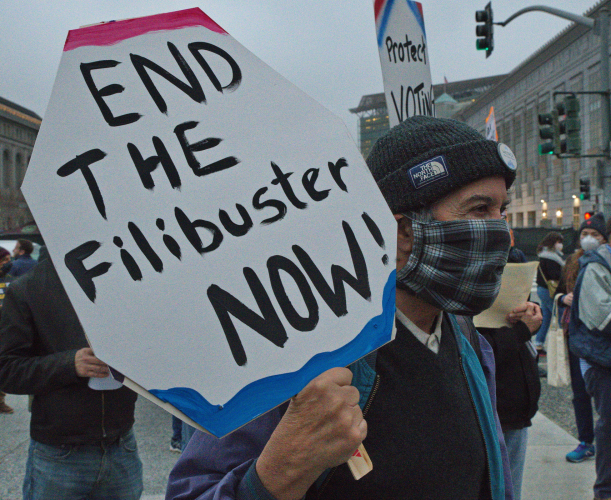 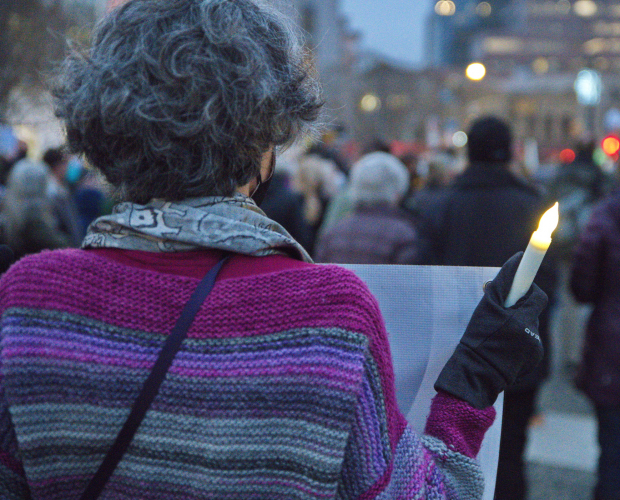 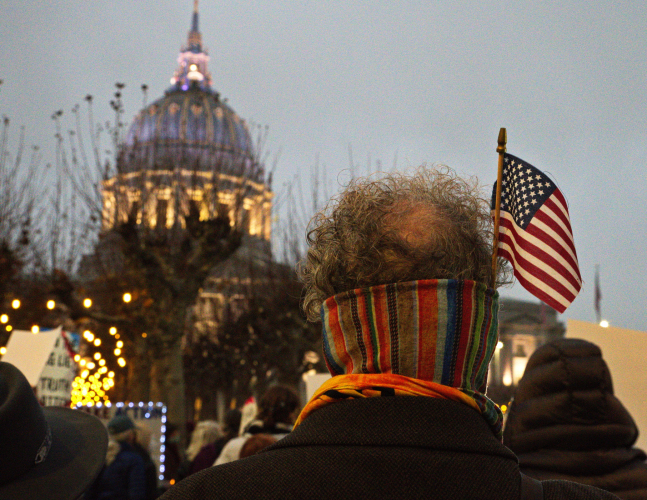 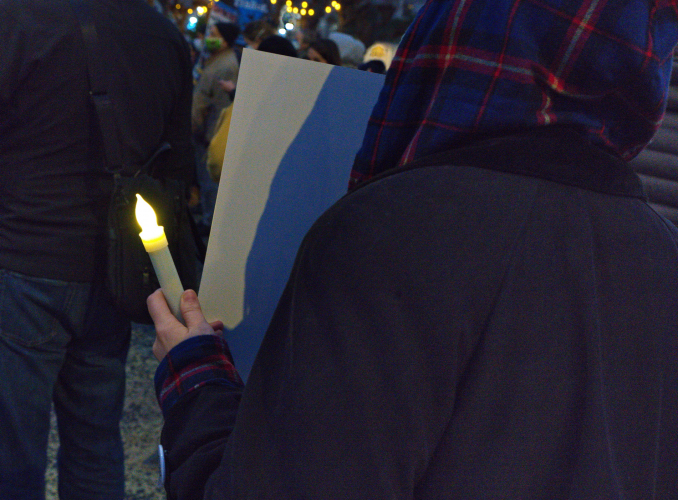 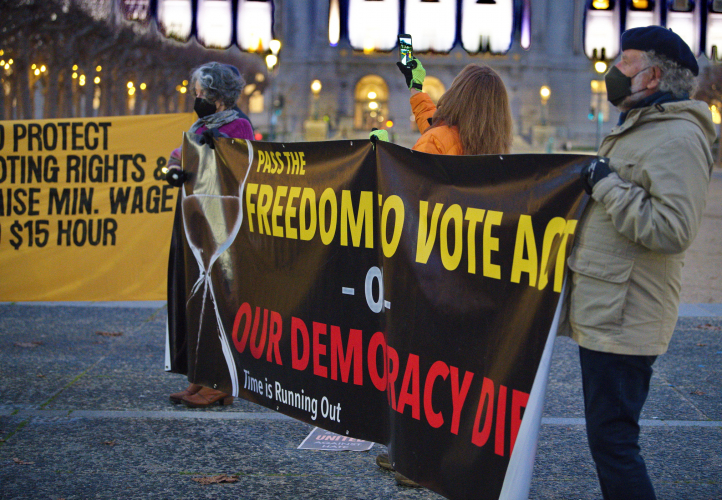 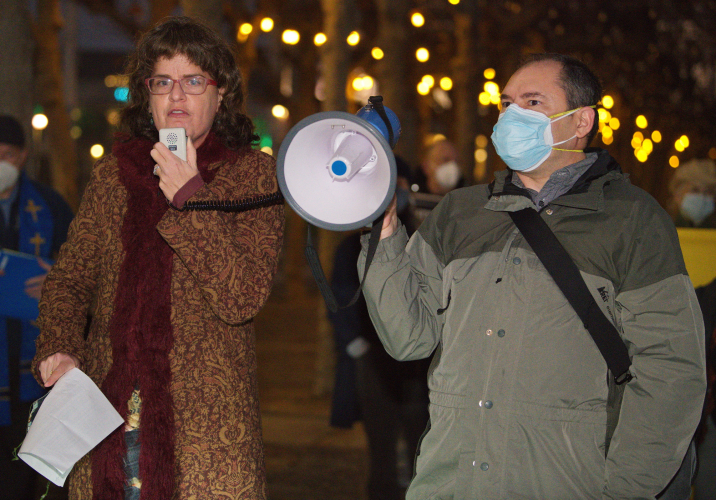 original image (1943x1400)
Add Your Comments
Support Independent Media
We are 100% volunteer and depend on your participation to sustain our efforts!