Add an Event
Newswire
Calendar
Features
Home
Donate
From the Open-Publishing Calendar
From the Open-Publishing Newswire
Indybay Feature
Related Categories: Central Valley | Media Activism & Independent Media
Stolen Newsstands and the Struggle for Free Speech in Fresno
by Mike Rhodes (mikerhodes [at] comcast.net)
Friday Jan 7th, 2022 10:49 AM
The Community Alliance is an independent newspaper based in Fresno California. After having two newspaper stands stolen from in front of the Fresno County Jail, they came up with a creative way to figure out who the thief is and what they were doing with our newsstands. 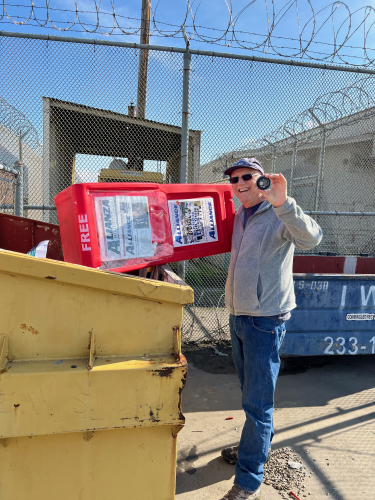 original image (3024x4032)
The Community Alliance newsstand in front of the Fresno County Jail has been stolen 4 times in the last year. After the second theft, we hid a GPS device inside the newsstand to find out where the stolen newsstands were going.

On New Year’s Eve (2021) the GPS indicated the newsstand was on the move. It went in a straight line to the old industrial section of downtown Fresno - South of Ventura. It stopped at 2900 E Townsend. I pulled that address up on Google Maps. That showed the location to be a Satellite Jail of the Sheriff’s Department for the County of Fresno.

On New Year’s Day, Pam (my wife) and I drove to see if we could find the newsstand. We arrived and quickly spotted a dumpster at the Satellite Jail that had our newsstand in it. After taking a few photos of it in the dumpster, I retrieved it.

Not wanting to jump to conclusions, I wrote a letter to Sheriff Margaret Mims requesting her assistance in finding out who did this. I gave her the time when the newsstand was stolen and reminded her of all the video surveillance equipment they have which has a clear and unobstructed view of where our newsstand was.

I see this as an outrageous affront to the 1st Amendment of the Constitution guaranteeing us free speech. Whoever took this newsstand (and we can find out who they are by viewing the video) has taken it upon themselves to decide what you are allowed to read. They do not want you reading an independent newspaper that challenges the status quo, reports on corruption and supports social and economic justice.

We returned the stolen newsstand and papers back to the front of the jail, with the GPS. Two days later, it was stolen again. This time it was taken to the parking garage under the Fresno County Courthouse. We recovered it from the dumpster.

I filed a complaint with the Fresno Police Department and an addendum after the newsstand was stolen for the second time. I sent a letter to Sheriff Mims asking for her cooperation. We are waiting for a response.
https://fresnoalliance.com/stolen-newsstan...
§The Community Alliance Newsstand
by Mike Rhodes
Friday Jan 7th, 2022 10:49 AM 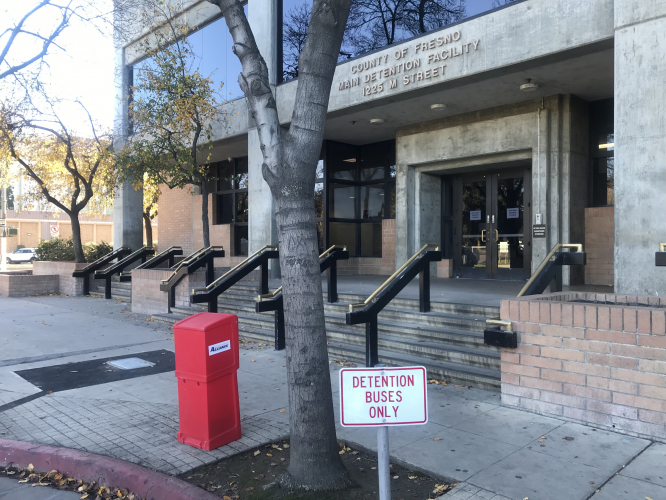 original image (4032x3024)
The scene of the crime.
https://fresnoalliance.com/stolen-newsstan...
§Video Surveillance at the Fresno County Jail
by Mike Rhodes
Friday Jan 7th, 2022 10:49 AM 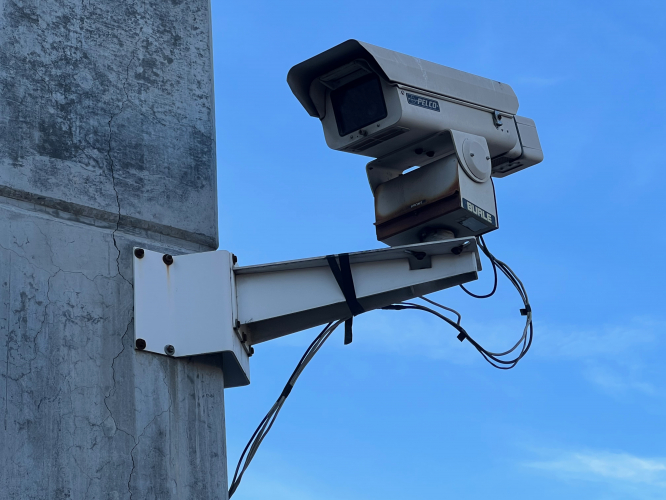 original image (4032x3024)
We will find out who stole the Community Alliance newsstand by using the Sheriff Departments own video surveillance cameras.
https://fresnoalliance.com/stolen-newsstan...
Add Your Comments
LATEST COMMENTS ABOUT THIS ARTICLE
Listed below are the latest comments about this post.
These comments are submitted anonymously by website visitors.