"I Have A Dream" Speech by MLK Jr. Historical Livestream & Discussion 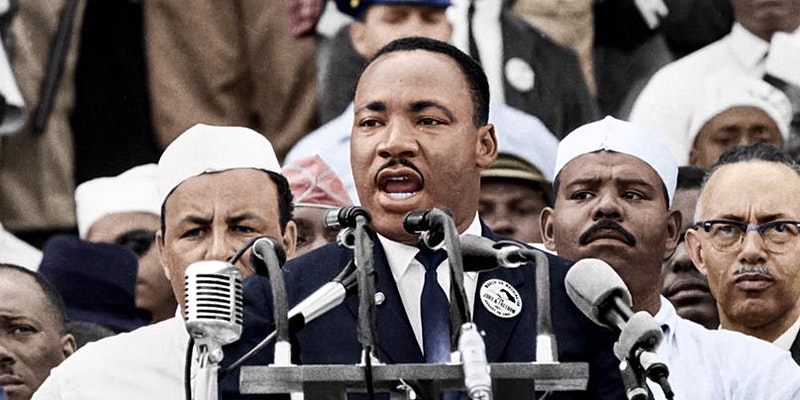 Have you ever listened to the entire 17-minute "I Have a Dream" speech? Unfortunately, most people have only heard portions of it.

Our livestream history program will cover the historical context leading up to the March on Washington, DC, and the dramatic events that followed. The highlight of our program will be a broadcast of the entire 17-minute "I Have a Dream" speech.

We also invite you to join us in an optional online discussion with fellow participants via Zoom.

The March on Washington for Jobs and Freedom 1963

The march was organized by A. Philip Randolph and Bayard Rustin, who built an alliance of civil rights, labor, and religious organizations that came together under the banner of "jobs and freedom." Estimates of the number of participants varied from 200,000 to 300,000, but the most widely cited estimate is 250,000 people. Observers estimated that 75–80% of the marchers were black. The march was one of the largest political rallies for human rights in United States history. Walter Reuther, president of the United Auto Workers, was the most integral and highest-ranking white organizer of the march.

"I Have a Dream" is a public speech that was delivered by American civil rights activist and Baptist minister, Martin Luther King Jr., during the March on Washington for Jobs and Freedom on August 28, 1963. In the speech, King called for civil and economic rights and an end to racism in the United States. Delivered to over 250,000 civil rights supporters from the steps of the Lincoln Memorial in Washington, D.C., the speech was a defining moment of the civil rights movement and among the most iconic speeches in American history.

Beginning with a reference to the Emancipation Proclamation, which declared millions of slaves free in 1863, King said "one hundred years later, the Negro still is not free". Toward the end of the speech, King departed from his prepared text for a partly improvised peroration on the theme "I have a dream", prompted by Mahalia Jackson's cry: "Tell them about the dream, Martin!" In this part of the speech, which most excited the listeners and has now become its most famous, King described his dreams of freedom and equality arising from a land of slavery and hatred. 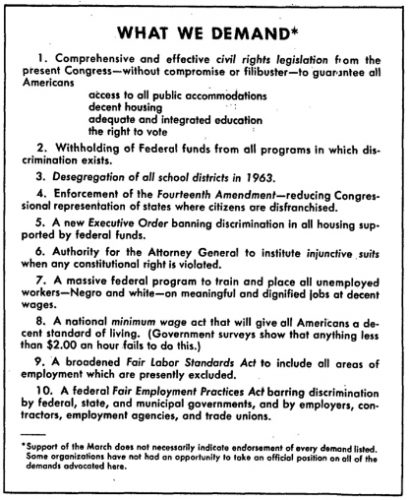 original image (416x508)
Add Your Comments
Support Independent Media
We are 100% volunteer and depend on your participation to sustain our efforts!