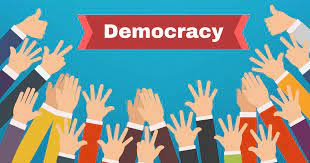 In 2021, Pacifica held two elections: A referendum on a New Bylaws, and a Delegates Election for the Local Station Boards.

In 2021, the members of Pacifica Radio voted on a member initiated Bylaws referendum and election of officers.

Pacifica needs to recognize the vote of the members, who clearly want Pacifica's broken governance fixed.

Soon after the Bylaws referendum election, Pacifica held the Delegates election for the Local Station Boards.

After the end of voting, Pacifica disqualified 4 listener Delegates candidates at KPFK. The 4 candidates were endorsed on a postcard that was sent out by New Day Pacifica.

The ostensible reason for the disqualification was that the card also solicited funds to hire lawyers to represent the voters who voted Yes on the New Bylaws.

In any case, the 4 disqualified candidates were not soliciting funds. They were merely endorsed by New Day Pacifica. They did not violate any law or Fair Campaign Provisions.

Pacifica , however, did violate California Corporations Code 5513(d), because disqualifying the candidates after the end of voting effectively revoked members written ballots after they were cast.

——————
Both with the New Bylaws referendum and the KPFK Delegates election, Pacifica overruled the democratic vote of its members.

Add Your Comments
§The Court Said Differently
by Anonymous
Monday Jan 3rd, 2022 3:08 PM
Seems a bit weird to leave out last week's tentative court ruling, which determined the results were proper, the bylaws amendments lost, New Day Pacifica's position lacked merit, and called the above opinion: "essentially a thinly-veiled attempt to reverse a vote".
Add a Comment
§Wrong citation
by Akio Tanaka
Saturday Jan 8th, 2022 7:05 AM
The judge said “…when the existing by-laws require a ¾ vote under Article Seventeen, B 2(ii).”
The judge was confusing amending the Article of Incorporation, which takes a 3/4 majority, with amending the Bylaws, which takes a simple majority.
Add a Comment
Support Independent Media
We are 100% volunteer and depend on your participation to sustain our efforts!