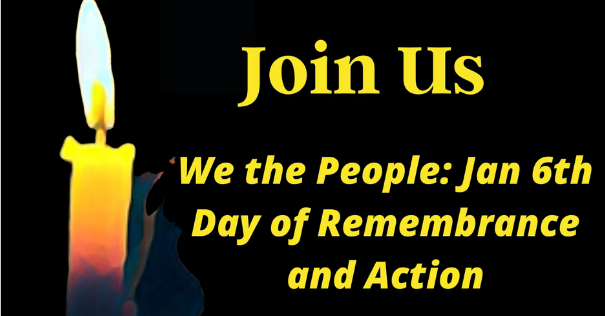 We the People: January 6th Nationwide Day of Remembrance and Action

Where: Join from anywhere (hosted from Berkeley, East Bay)


January 6 was a violent and deadly attack against all Americans – against our country, our democracy, and our freedom as voters to choose the leaders that represent us so that we have a government of, by, and for the people.

So this January 6, exactly one year later, Americans across race, place, party, and background are holding candlelight vigils to say: In America, the voters decide the outcome of elections.

The promise of democracy is not a partisan issue but a calling that unites us as Americans. To prevent this kind of attack from happening again, our elected leaders must pass urgent legislation that will protect this country from anti-democratic forces who are continuing their efforts to destroy it.

Coming together, we can prevent another January 6th attack and realize the promise of democracy for all of us - no matter our color, zip code, or income - so we all have an equal say in the decisions that shape our daily lives and futures.


WE THE PEOPLE DEMAND:

• The Freedom to Vote Act

• The Protecting Our Democracy Act 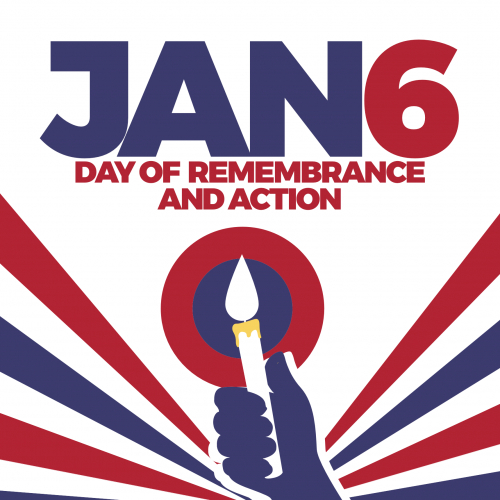 original image (1720x1720)
END_OF_DOCUMENT_TOKEN_TO_BE_REPLACED
Add Your Comments
Support Independent Media
We are 100% volunteer and depend on your participation to sustain our efforts!