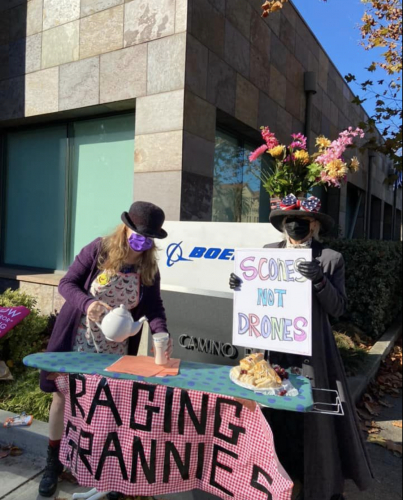 original image (1116x1384)
CodePink says that both Boeing and Lockheed Martin are raking in huge profits and destroying the climate, terrorizing and murdering innocent people, and stealing US treasury to build more and more weapons of mass destruction. One of the demonstrators at branches of these two companies on the San Francisco Peninsula said, "Think of what we could do with the billions going to these companies--solar on every roof, healthcare for all, free college, affordable housing, and peace at last."

At Boeing in Menlo Park, two AAA agents from the building next door came over and complimented the demonstrators on their singing and chanting for the cause. A bicyclist who happened by stopped and took photos, and cars driving along the El Camino Real honked in support.

In keeping with the theme "Scones Not Drones," the Raging Grannies served tea along with scones provided by Sunrise Movement, as the Grannies said they are all too busy protesting lately to bake. The women set up "high tea" atop an ironing board; CodePink members decorated the scene with fresh flowers. CodePink also brought giant banners, including their "War is Not Green" banner which had traveled to COP26 in Glasgow.

Following their tasty repast at Boeing, demonstrators carpooled to Lockheed Martin, 3 miles away. A large Lockheed sign near the entrance made the backdrop for photo ops and a ceremonial Dance of Peace. A team from Lockheed's contract security force approached, and objected when one of CodePink's members poured fake blood on the Lockheed sign. Security personnel also refused the attempted delivery of a letter to Lockheed CEO James Taiclet asking him to pivot to peace or resign.

Palo Alto police arrived in around 6 cars, called by Lockheed's security team who continuously chastised demonstrators for being on "government property." For the record Lockheed Martin, while it has huge federal government contracts, is a publicly traded corporation that develops combat, air mobility, and reconnaissance aircraft including the following: ‎F-35 Lightning II, ‎F-22 Raptor, ‎F-21, and ‎F-16 Fighting Falcon.

Boeing supplies war drones to Saudi Arabia that it uses to kill civilians in Yemen. The aircraft company is also helping Australia ramp up for potential war with China.

There were no arrests.

§Some of the demonstrators stood still long enough for a photo
by Action Report
Friday Dec 17th, 2021 12:28 AM 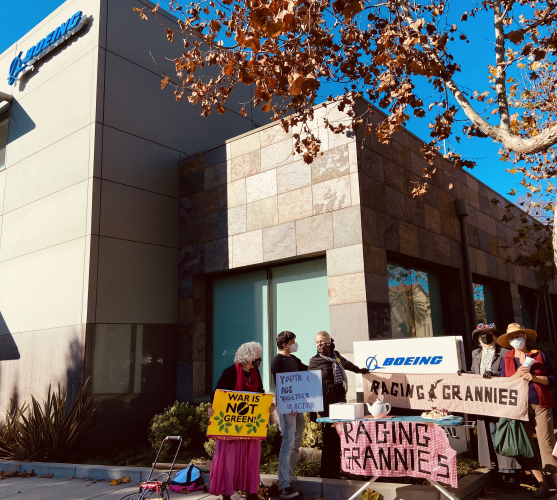 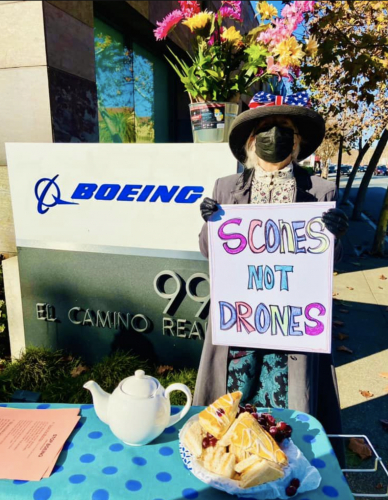 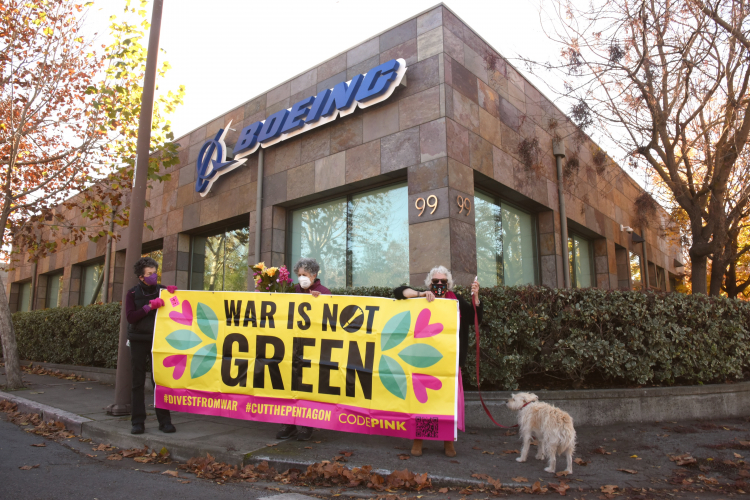 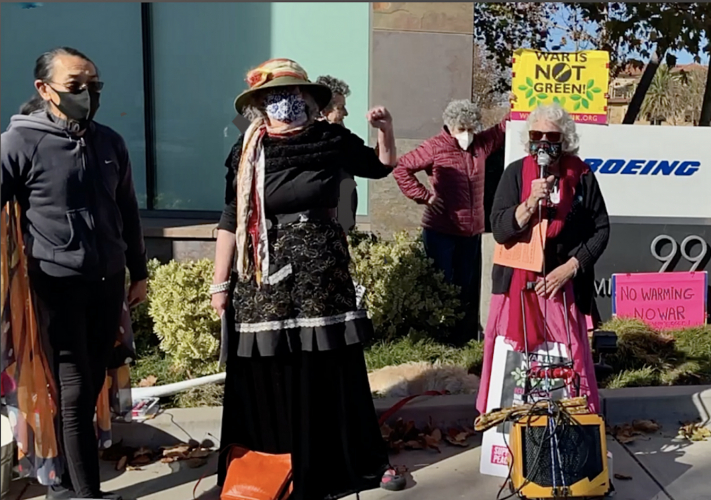 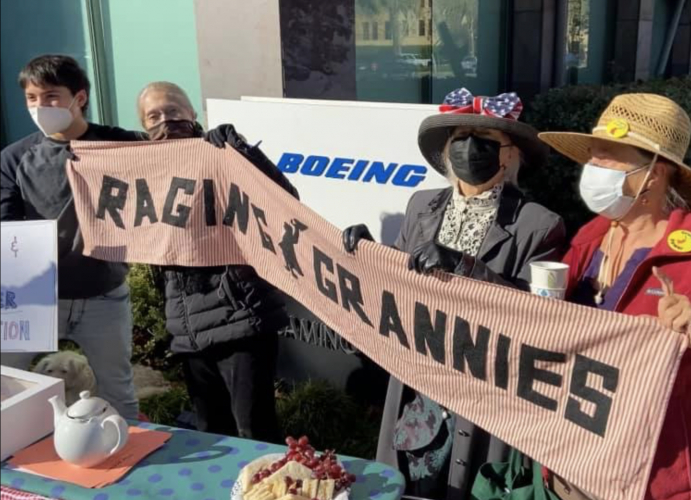 original image (1494x1080)
Youth and age together in action!
The WILPF chapter is known as the Palo Alto or Peninsula Chapter.
§Next stop, Lockheed in Stanford Research Park
by Action Report
Friday Dec 17th, 2021 12:28 AM 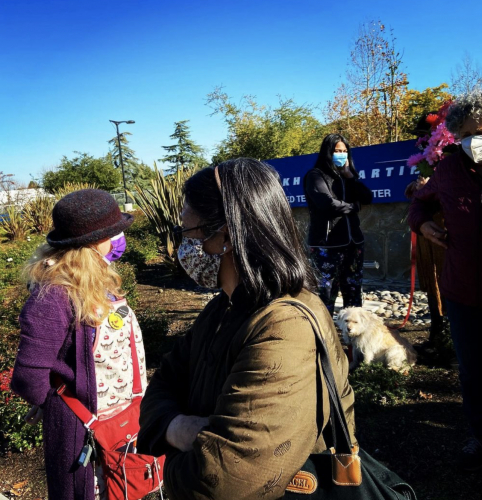 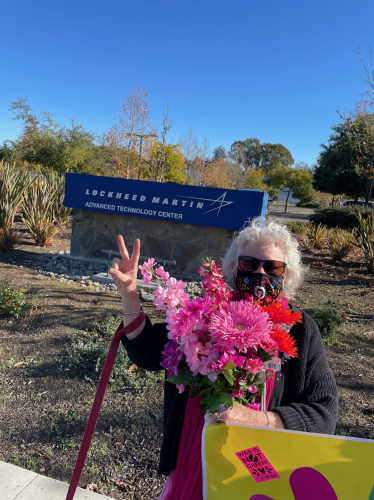 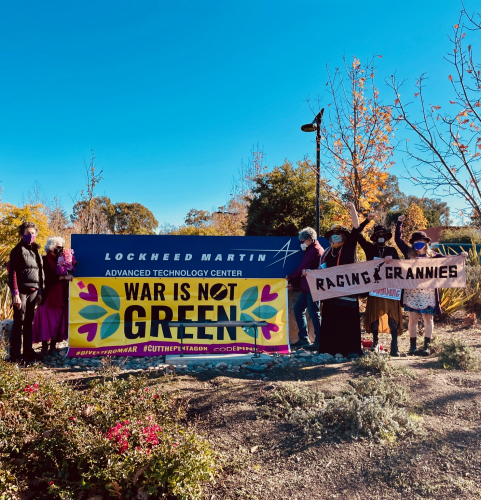 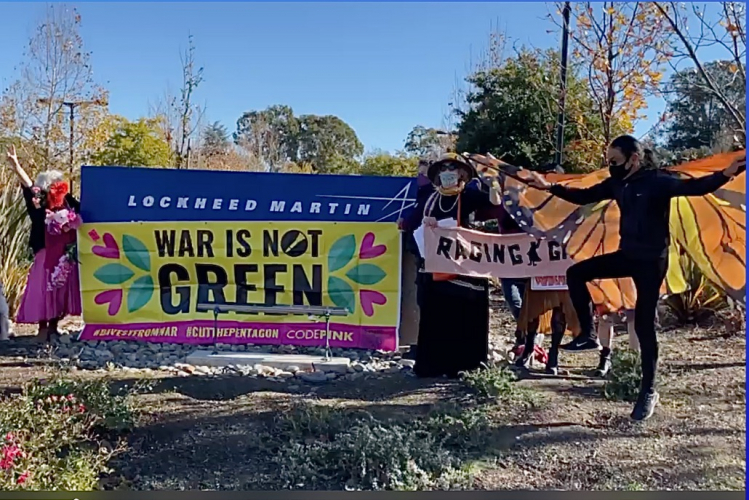 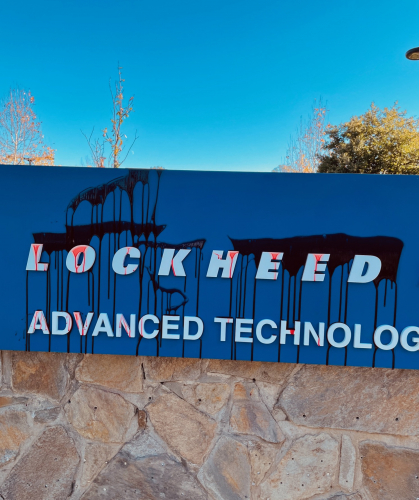 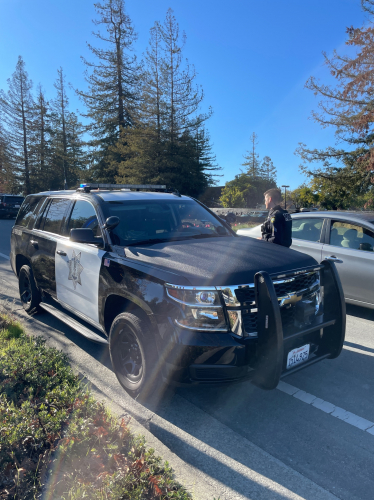 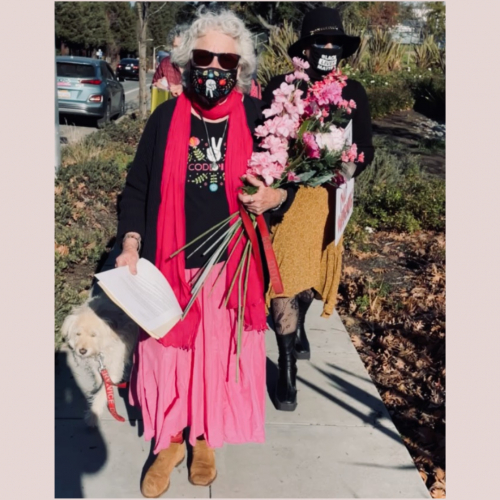 original image (1080x1080)
Add Your Comments
LATEST COMMENTS ABOUT THIS ARTICLE
Listed below are the latest comments about this post.
These comments are submitted anonymously by website visitors.