by Day and Night Protests on Day of Action
Strike for Choice initiated December 1 as a day of national action to protect Roe v. Wade and the city of San Francisco stepped up to the task. At 3:30pm Mobilization for Reproductive Justice held a rally at the Federal Courthouse. Later, as it grew dark outside, a different organization held a rally at Powell and Market. 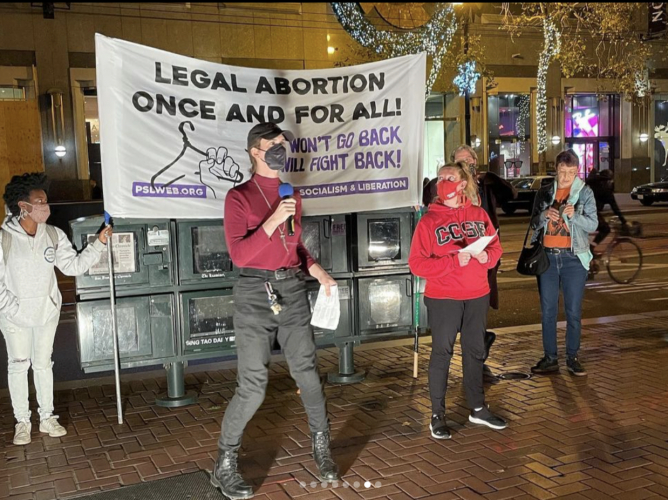 Members of the PSL held a public speakout on the evening of December 1st in San Francisco to defend Roe v. Wade.
They wrote:
"As revolutionary socialists and feminists, we must prepare for the long uphill battle in defense of reproductive rights. Abortion is health care and health care is a human right. The Supreme Court—unelected, unaccountable, and untethered to the realities of life for working-class people in this country—is an entirely illegitimate institution.

The ruling of Roe v. Wade was a right won by a militant women’s movement, and every day since, right-wing politicians have striven to dismantle this hard-won right. We can and must build a mass grassroots campaign that mounts pressures on the government to legalize and expand abortion access once and for all."
END_OF_DOCUMENT_TOKEN_TO_BE_REPLACED
§Market St. at Powell
by Day and Night Protests on Day of Action 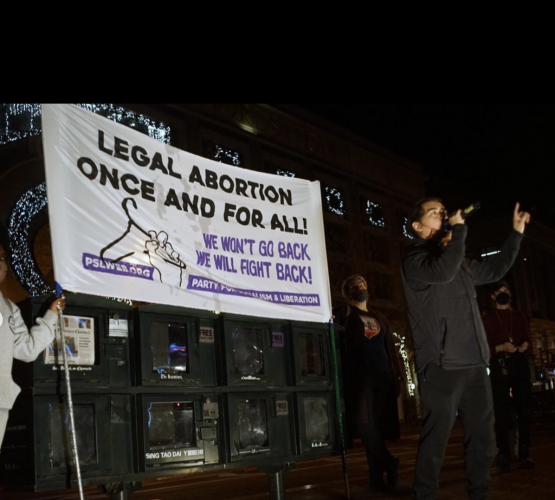 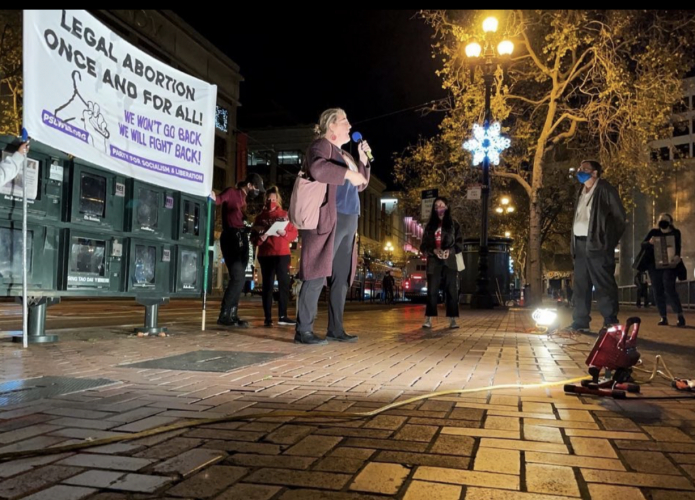 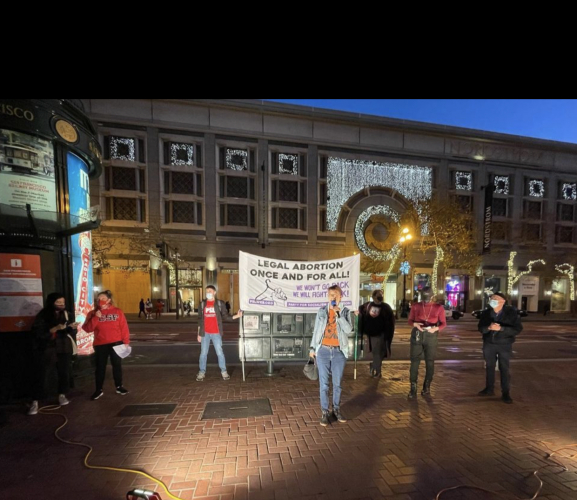 original image (1240x1074)
END_OF_DOCUMENT_TOKEN_TO_BE_REPLACED
Add Your Comments
Support Independent Media
We are 100% volunteer and depend on your participation to sustain our efforts!