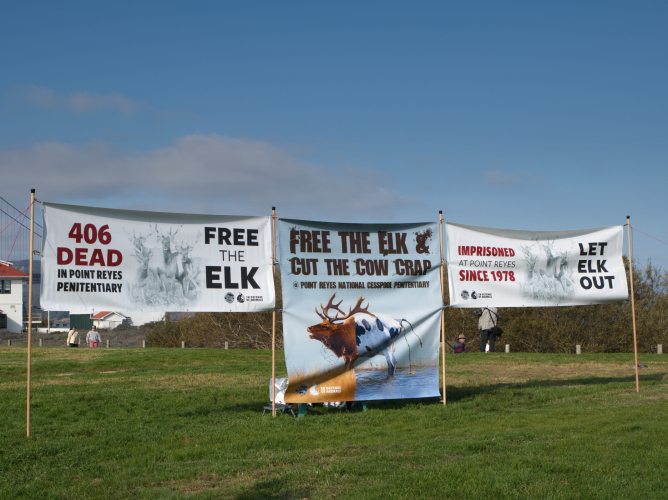 Ranching in the Point Reyes National Seashore was supposed to end after ranchers were paid an estimated $370 million in today's dollars for the land. However, due to politicians like Diane Feinstein and supposed environmentalist Jared Huffman, ranching has been perpetuated. A new management plan will allow the less than 590 remaining Tule elk to be "culled", i.e. partially slaughtered.

The protest took place at Crissy field in San Francisco's Presidio. Ranching was denounced as the legacy of European colonialism in general and in particular, speakers called out the green washing PR promoted by Straus "Family" Farms and Clover Dairies. On a large outdoor screen filmmaker Skyler Thomas showed the horrific conditions under which cattle are kept by the "organic" farms. Native American Theresa Harlan spoke of her ancestors' expulsion from their lands and vowed that they have not been defeated. Matt McGuire, former Petaluma City Council Member, the only politician showing up, reaffirmed to all his position as a strong supporter of the environment.

Under the direction of emcee and organizer Jack Gescheidt, all unloaded dozens of grave markers from the back of a pickup truck and created a mock cemetery for the dead elk.

The National Park Service has yet again betrayed its charter mission to protect the rare, wild Tule elk — and all the wild animals — in its care at Point Reyes National Seashore, just 20 miles from San Francisco. Its new General Management Plan, announced in September, grants cattle operations — which pollute the park and displace and harm wild Tule elk — new 20-year-long leases.

Even more outrageous, the new management plan authorizes actually shooting some Tule elk to death. If their numbers increase beyond an arbitrary limit advocated by ranch operators, they will be “culled” — bureaucratic jargon for “kill” — inside this national seashore park where wild animals are supposed to have the highest level of protection in America, not be confined and exterminated.

This event, co-hosted by TreeSpirit Project, Turtle Island Restoration Network, Western Watersheds Project, and Resource Renewal Institute, will educate the public and alert the media of the National Park Service’s wildlife and climate-killing killing policies which are enacted only to profit private cattle ranches.

The 5,000 privately-owned beef and dairy cows, on public land at Point Reyes National Park, contribute to the climate crisis with more greenhouse gas emissions than all the tailpipe emissions from the park's 2,000,000 annual visitors’ vehicles. Ranches have jammed 5,000 dairy and beef cows onto the leased (not owned) land because they are tax-payer subsidized at ½-market value rates.

These corporate cattle operations are land grabs, displacing fully 1/3rd of this national seashore’s 71,000-acres. Millions of gallons of cow feces and urine denude Point Reyes and pollute its waters every year; this raw sewage draining into the Pacific Ocean and contiguous protected marine sanctuary.

Every year, millions of Americans visit this unique nature preserve in Marin County, California, to enjoy and renew their spirits on wild lands which are supposed to be teeming with free-roaming wild animals. But political corruption has upended the park’s reason for being. 28,000 acres of this 71,000-acre National Seashore has been overrun by private cattle operations. Their hundreds of miles of cattle fences restrict the health, free movement and reproduction of elk and deer alike, while also blocking public access to their own park. 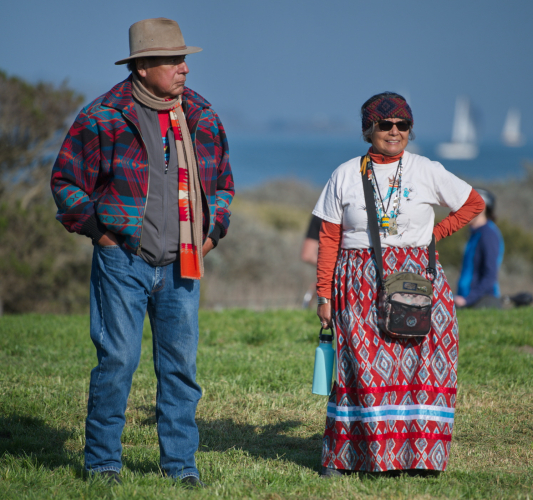 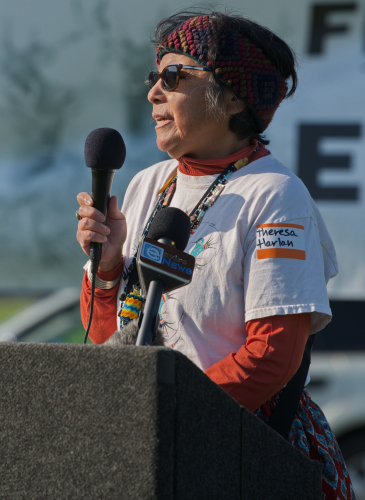 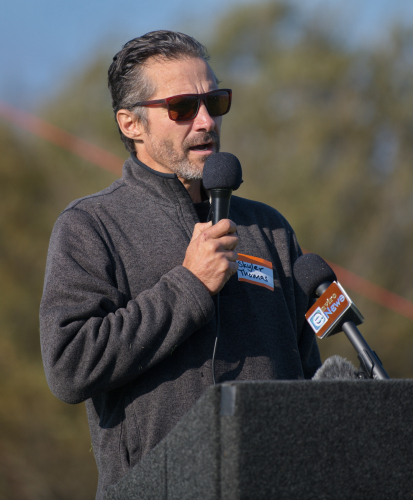 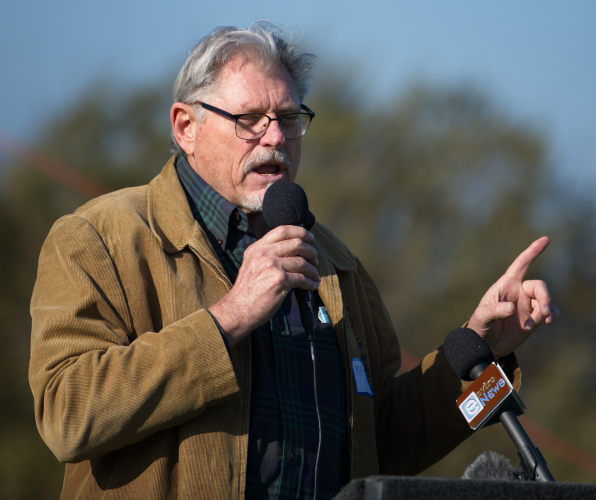 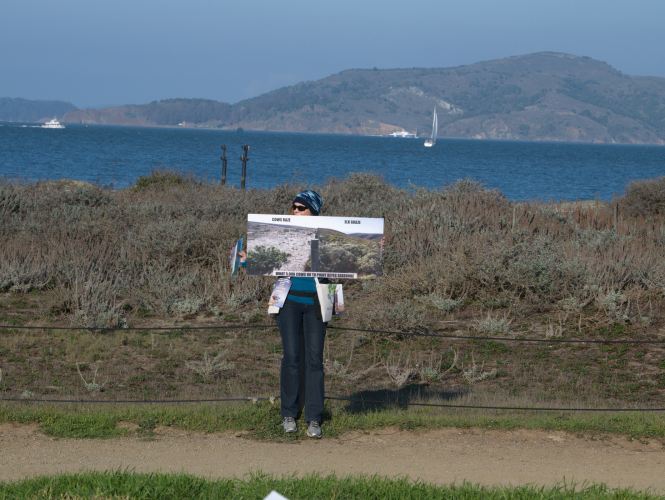 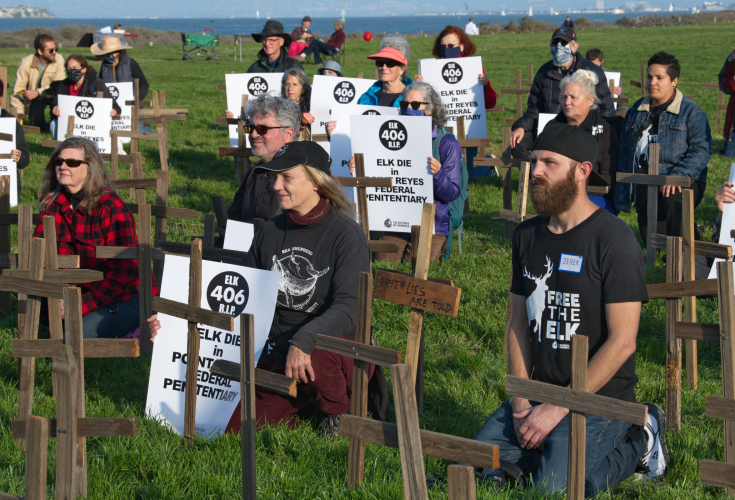 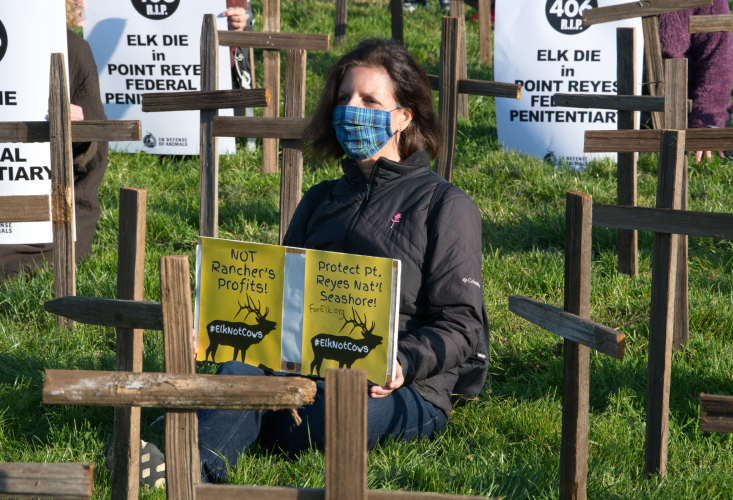 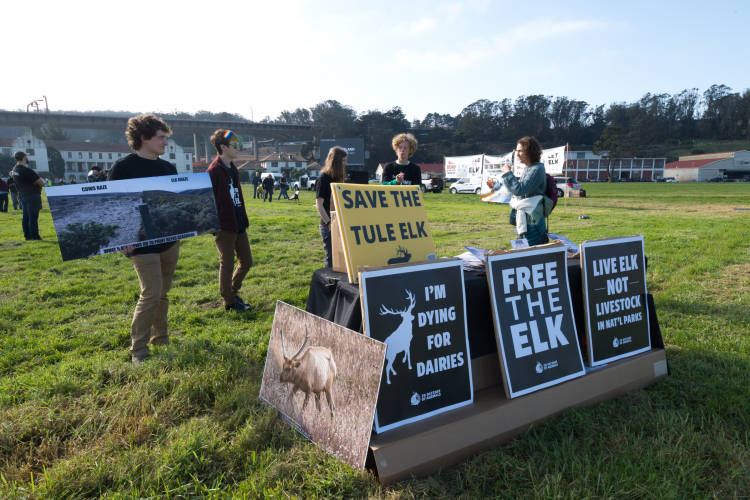 original image (2102x1400)
https://www.environews.tv/120321-tule-elk-...
Add Your Comments
Support Independent Media
We are 100% volunteer and depend on your participation to sustain our efforts!