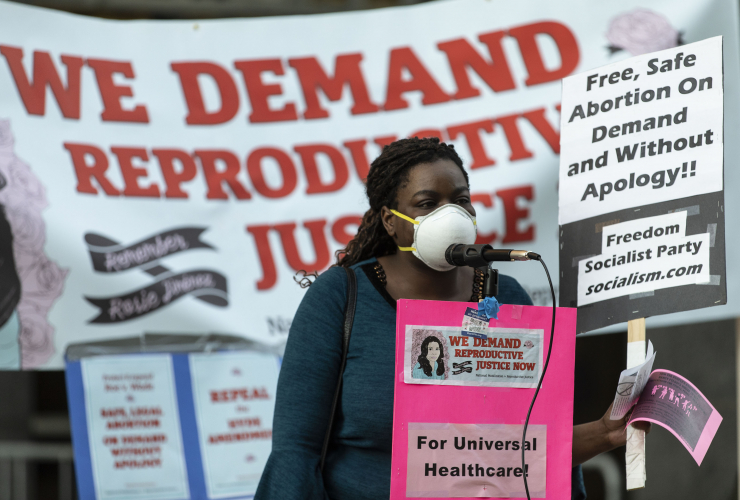 December 1st, the day of a rally spearheaded by the National Mobilization for Reproductive Justice, was chosen to align with this moment in history as the U.S. Supreme Court heard oral arguments in a case aimed at overthrowing the 1973 Roe v. Wade decision that legalized abortion throughout the land.

With banners, signs, speeches, and chants, activists added their own “testimony” to that being heard in Washington, D.C.

Going beyond the right to abortion, speakers called for the end of forced sterilization, forced assimilation and child welfare abuses. Their demands included the enactment of universal healthcare and an end to medical and environmental racism. Saying that the needs of marginalized groups are often overlooked, they called for the defense of queer and trans families and sexual self-determination for people with disabilities. The National Mobilization for Reproductive Justice also insists that the U.S. must uphold social progress with expanded voting rights and strong unions. 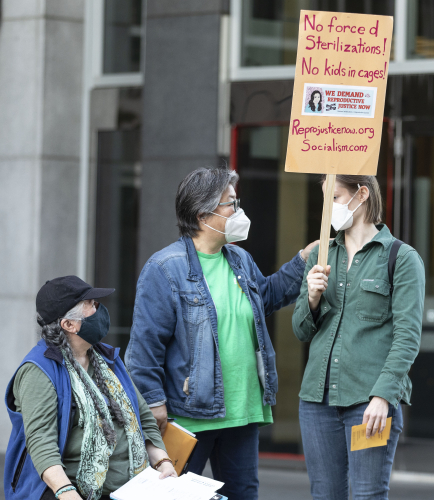 original image (2604x3000)
the color green was chosen to show solidarity with feminists in Latin America
§Sandra MacKay of National Mobilization for Reproductive Justice
by R.R.
Saturday Dec 4th, 2021 3:55 AM 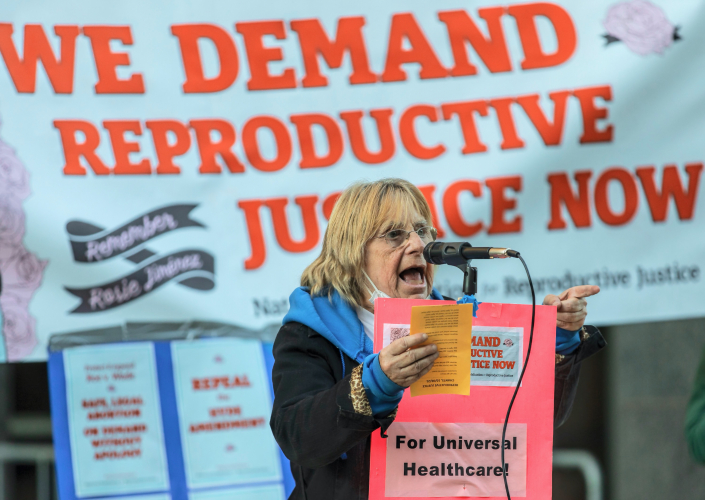 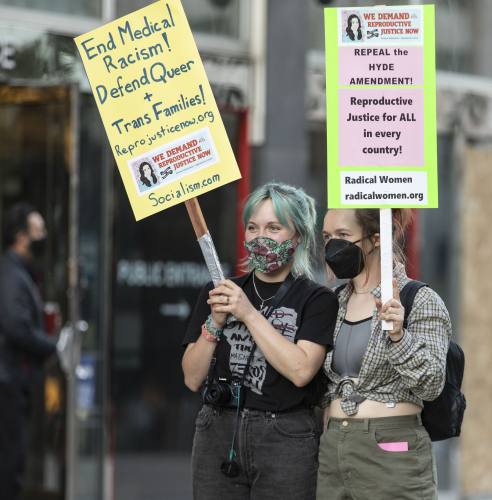 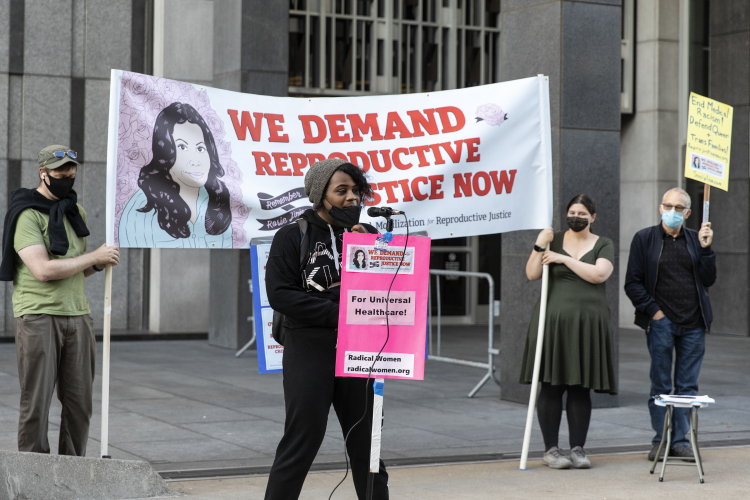 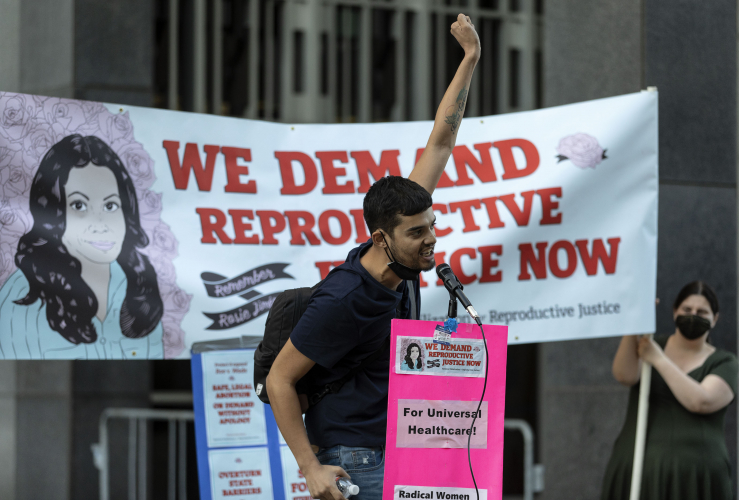 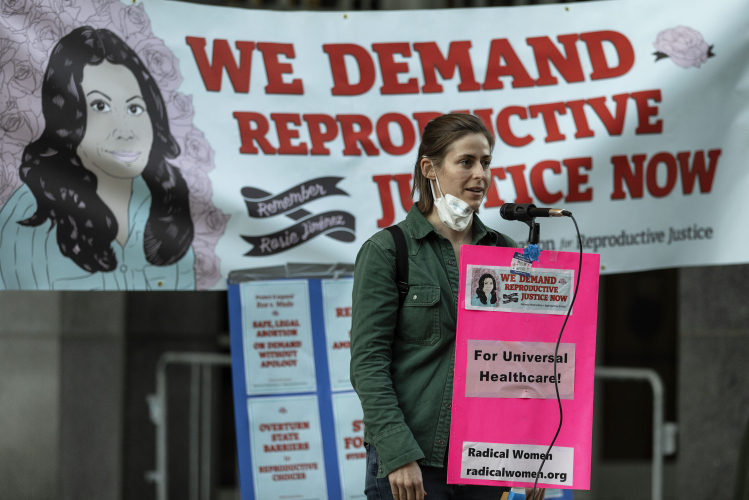 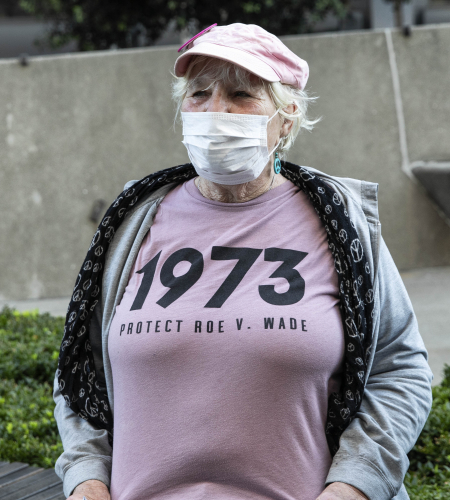 original image (2702x3000)
Old enough to remember the Win of the generation that fought for the passage of Roe v. Wade
§Christine Browning of National Mobilization for Reproductive Justice
by R.R.
Saturday Dec 4th, 2021 3:55 AM 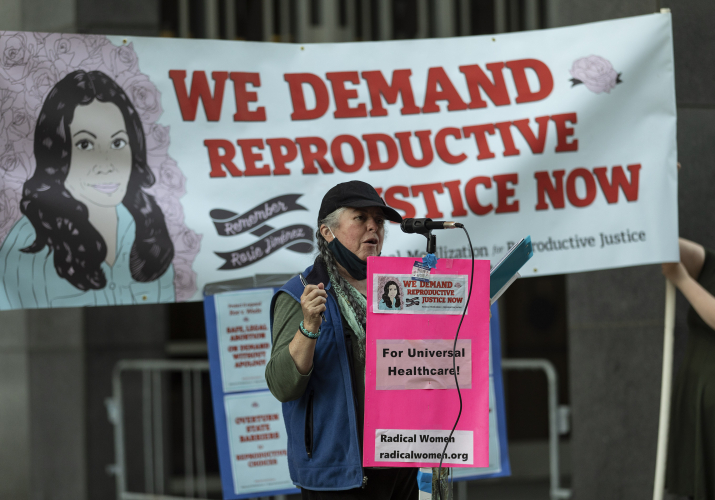 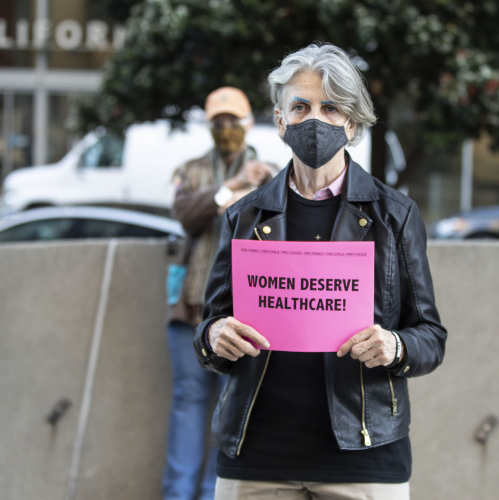 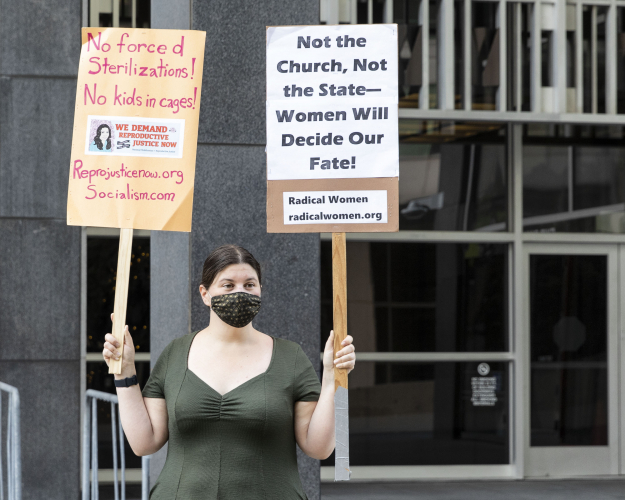 original image (3000x2400)
Add Your Comments
Support Independent Media
We are 100% volunteer and depend on your participation to sustain our efforts!