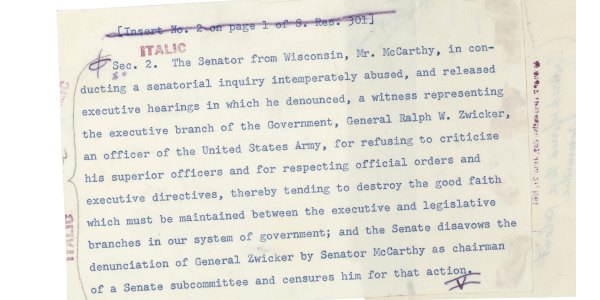 Although a resolution on July 30, 1954 by Ralph Flanders (Republican-VT) merely cited abuse of the general, 46 counts of misconduct were reviewed and summarized en route to the final censure vote on this day in 1954. 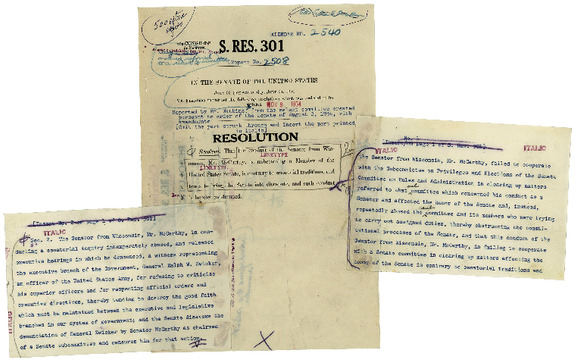 http://indyradio.net
§“Have you no sense of decency, sir? At long last?”
by indyradio
Thursday Dec 2nd, 2021 11:48 PM
Copy the code below to embed this movie into a web page:
Download Video (2.6MB) | Embed Video
After McCarthy threatened a young memeber of his staff, Joseph N. Welsh, head counsel for the army utters the now famous phrase in this short video clip.
http://indyradio.net
Add Your Comments
§Link to the Senate history for the source above
by indyradio
Thursday Dec 2nd, 2021 11:51 PM
https://www.cop.senate.gov/about/powers-procedures/investigations/mccarthy-and-army-mccarthy-hearings.htm
http://indyradio.net
Add a Comment
Support Independent Media
We are 100% volunteer and depend on your participation to sustain our efforts!