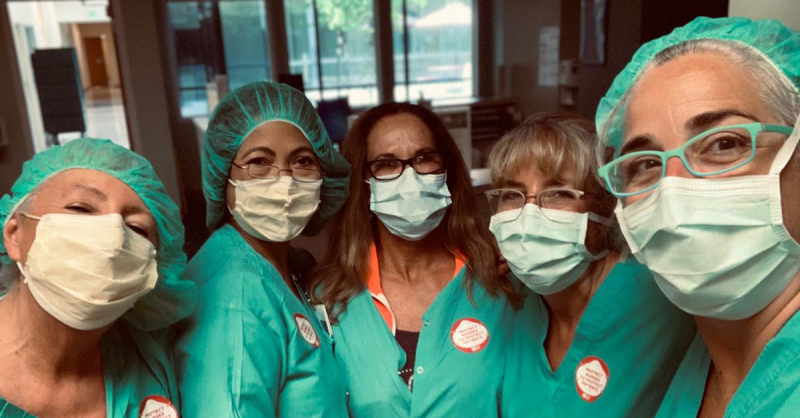 original image (1200x628)
On Nov. 29, Watsonville Community Hospital employees received a letter from hospital management announcing its intention to file for a Chapter 11 reorganization bankruptcy and sell the facility through a bankruptcy court-approved process. The formerly public hospital was first privatized in 1998 after the Loma Prieta earthquake. Over the past five years, Watsonville Community Hospital has had three different corporate owners and two for-profit management companies. In 2019, when the third sale of the hospital was announced, nurses and community members held a town hall to express their concern that another unknown for-profit entity was taking over. Since Halsen Healthcare purchased the hospital in 2019, it sold the building and property to Medical Properties Trust (MPT). Prospect Medical Holdings took over management of the hospital in February 2021.

“Watsonville used to be a wonderful place to work where patients were at the center of our shared mission,” said Roseann Farris, RN in the critical care unit. “This news comes as no surprise to the nurses, as we have continued to sound the alarm on the deteriorating conditions after we were sold to an out-of-state, for-profit corporation. Nurses are taking a stand and demanding Prospect and MPT stop putting profits over the lives and safety of our patients and community, and keep Watsonville Community Hospital Open.”

“It is hard to believe that, despite the ongoing Covid-19 pandemic, we are forced to take this serious step to warn and call on our hard-hit community to help us hold this outsider for-profit company accountable for placing our patients, community, and nurses in harm’s way,” said Gloria Amaya, RN in the labor and delivery unit. “My fellow nurses and I will always stand up as advocates. Patients, not corporate profits, are nurses’ bottom line.”


The California Nurses Association has 100,000 members and is a founding member of National Nurses United, the largest and fastest growing union and professional association of registered nurses in the United States with more than 175,000 members nationwide.