Add an Event
Newswire
Calendar
Features
Home
Donate
From the Open-Publishing Calendar
From the Open-Publishing Newswire
Indybay Feature
Related Categories: Santa Cruz Indymedia | Health, Housing & Public Services
Pajaro Survival Encampment To Be Dispersed December 13th
by Robert Norse (rnorse3 [at] hotmail.com)
Thursday Dec 2nd, 2021 10:18 AM
A week ago after a 45-minute hearing, Federal Magistrate Susan van Keulen ordered the long-standing encampments at the Pajaro River dispersed by December 13th. She ordered no accommodations beyond temporary motel vouchers and transportation for 25 of an estimated 25 to 200 residents. 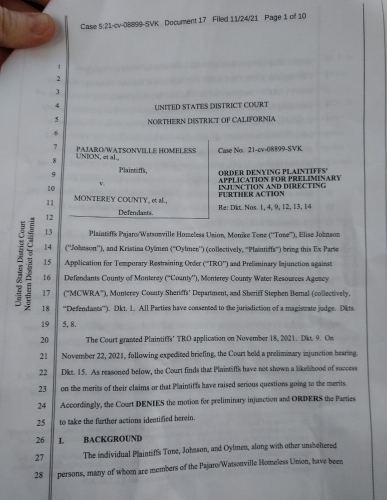 Though notice had been posted some days before, attorney Anthony Prince didn't actually file the Injunction until late in the day after numerous encampments were destroyed. It did successfully halt the destruction of tents and trashing of property then.

A hearing on the Injunction (a Temporary Restraining Order) was held on November 22nd and can be heard at https://www1.huffsantacruz.org/lost/Pajaro%20River%20TRO%20Hearing.mp3 .

Food Not Bombs activist Keith McHenry, also a regular holder of Santa Cruz Homeless Union gatherings, was encouraged by the arguments used to defend the Pajaro residents. These centered around the Martin v. Boise right not to be punished for being homeless (i.e. living in tents on the levee) and the endangering of the residents by moving them.

Magistrate Van Keulen, however, found the area was a "closed" one with the encampments interfering with the "clean-up" of the River. Critics suggested this ignored the reality of the current drought (lessening flood danger) as well as the failure of authorities to work with the residents for a temporary removal and return.

The "closed area" argument" also seemed less persuasive to some, given the fact that authorities had ignored the residents living there in makeshift structures for months or years. Old-time activist recalled--some police agencies even evicting encampments elsewhere and directing people to the river area.

Locally, as a supporter of the Benchlands survival encampment, I'm concerned that a reactionary staff and City Council in Santa Cruz may feel emboldened to disperse the Benchlands community--no longer protected by an earlier Preliminary Injunction (dissolved last June).

The substance of the Court Order is described in pages 9 and 10 attached.
http://www.huffsantacruz.org
§
by Robert Norse
Thursday Dec 2nd, 2021 10:18 AM 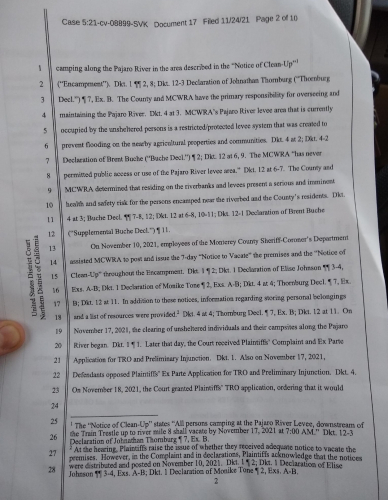 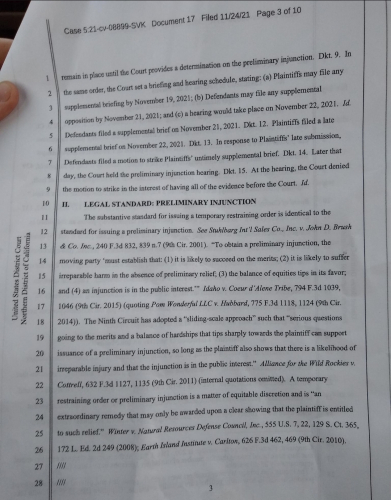 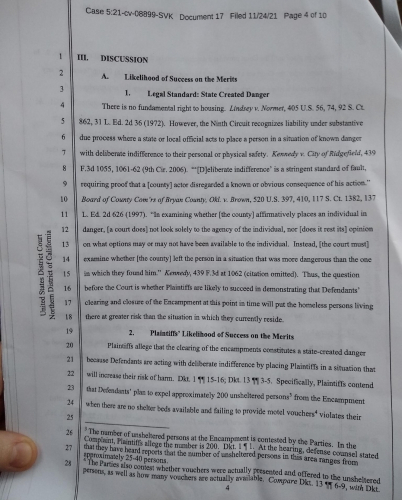 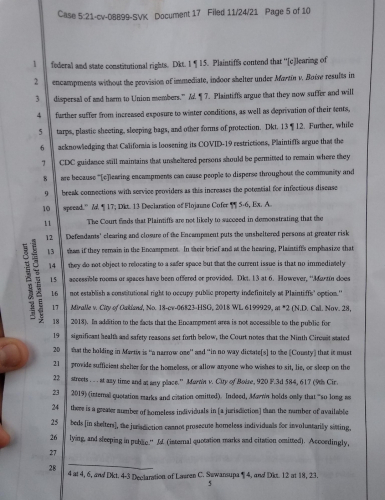 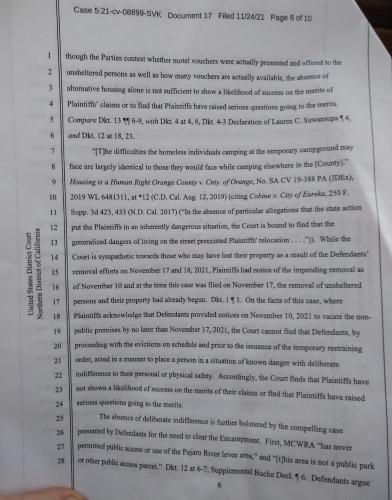 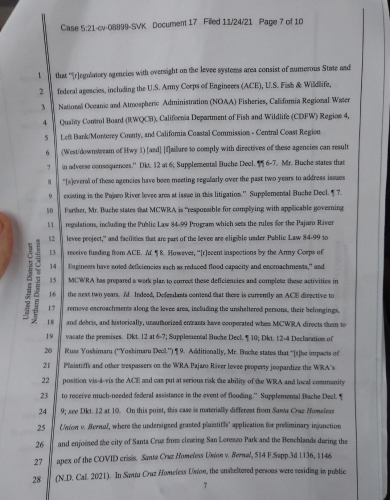 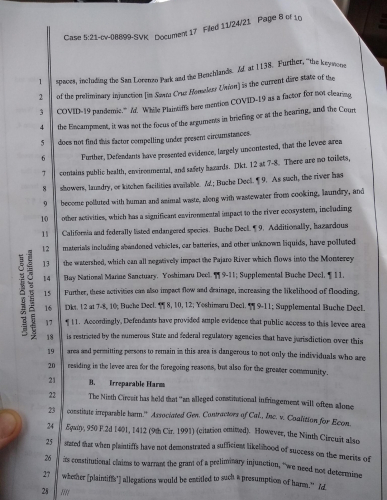 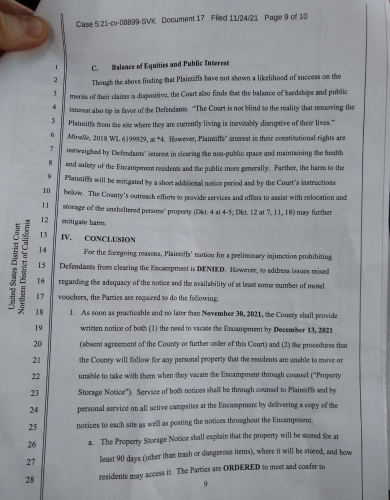 original image (1080x1383)
This and the final page are the key take-aways as sheriffs sweep away folks homes and possessions (and folks themselves).
http://www.huffsantacruz.org
§
by Robert Norse
Thursday Dec 2nd, 2021 10:18 AM 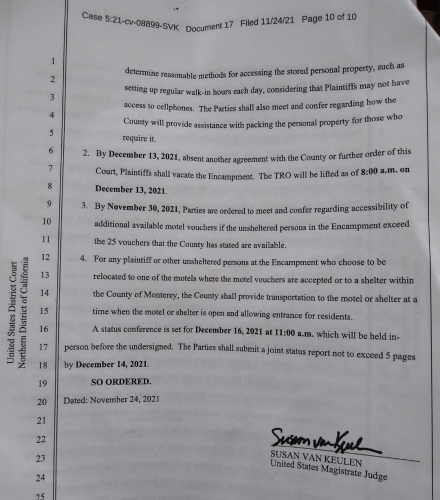 original image (1080x1226)
http://www.huffsantacruz.org
Add Your Comments
Support Independent Media
We are 100% volunteer and depend on your participation to sustain our efforts!