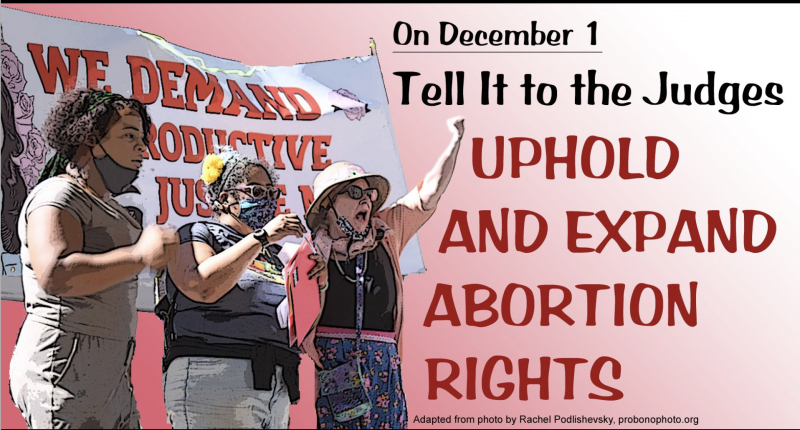 This is part of a nationwide action as the Supreme court considers a challenge to Roe v. Wade.

December 1 is the day the Supreme Court will hear oral arguments in Dobbs v. Jackson Women's Health Organization, a case aimed at overthrowing the 1973 Roe v. Wade decision that legalized abortion throughout the land.

With banners, signs, speeches, and chants, activists will add their own “testimony” to that being heard in Washington, D.C.

This action is part of a national campaign to "Tell it to the Judges: Uphold and Expand Abortion Rights," an effort led by the National Mobilization for Reproductive Justice.

For more information or to get involved contact reprojustice.sf [at] gmail.com

Hosting this event: National Mobilization for Reproductive Justice San Francisco with support and participation of other organizations and individuals.

Added to the calendar on Sat, Nov 27, 2021 5:49AM
Add Your Comments
Support Independent Media
We are 100% volunteer and depend on your participation to sustain our efforts!