Add an Event
Newswire
Calendar
Features
Home
Donate
From the Open-Publishing Calendar
From the Open-Publishing Newswire
Indybay Feature
Related Categories: International | Global Justice & Anti-Capitalism
Extraction Industries, Construction, Finance: The Scourge of Corruption and Practical Solu
by D. Price
Tuesday Nov 23rd, 2021 3:10 AM
Corruption is an endemic evil that can be fought. But we must have the courage to do so. 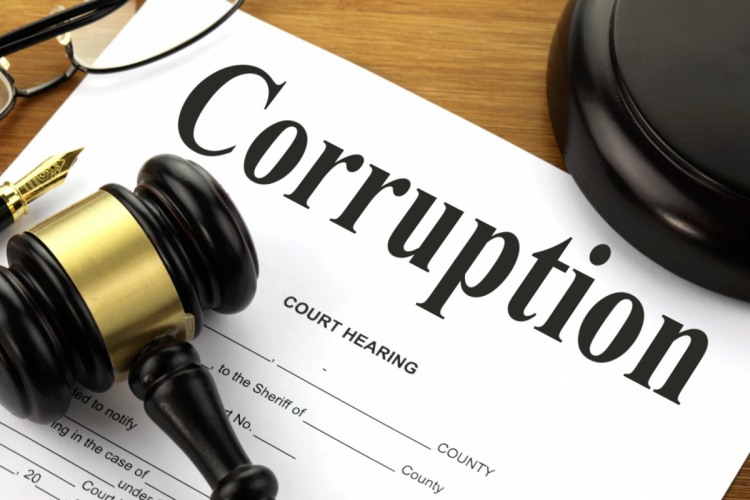 Over the last decade, global, far-reaching corruption scandals have drawn attention to illicit, unlawful practices across the globe, from bribery scandals to extortion and money laundering. Malpractice has been highlighted across many different sectors, with the extraction, construction and finance industries some of the worst culprits. It is estimated that corruption is costing the global economy up to $3.6 trillion annually, mainly in the form of bribes and stolen money.

Such scandals have accelerated the exploration of different solutions to anti-bribery management, risk aversion and self-regulation. Companies worldwide are adopting global standards to encourage lawful practice and avoid hefty penalties. Others have been forced to reform in order to rebuild trust in their companies following heavy fines and, in some cases, criminal charges.

Notably, the Brazilian construction conglomerate Odebrecht S.A. signed up to the standard following the bribery scandal it became engulfed in as part of Operation Car Wash (the investigation into the Brazilian oil giant Petrobras), as did the French engineering giant Alstom after receiving a massive fine from the U.S. government following an international probe into its corrupt practices worldwide.

In 2016, the Brazilian construction conglomerate Odebrecht S.A., a giant in Latin America involved in some of the region’s most significant infrastructure projects, signed the “world’s largest leniency deal” with U.S. and Swiss authorities after confessing to widespread corrupt practices. The company agreed to pay $2.6 billion in fines in a multi-country Foreign Corrupt Practices Act (FCPA) settlement. The Odebrecht scandal was part of the country-wide Operation Car Wash, the Brazilian corruption probe into the oil giant Petrobras.

The scandal involved company executives paying bribes to corrupt officials in exchange for contracts, not only in Brazil, but across the globe. It is estimated that the company paid around $788 million in bribes between 2001 and 2014. In 2015, Odebrecht’s CEO Marcelo Odebrecht was arrested. In his statement, he admitted making illicit payments to the Dilma Rousseff and Michel Terner 2014 Brazilian presidential campaign. In 2016, he was sentenced to 19 years in jail for crimes including corruption and money laundering.

The Odebrecht scandal represented “a new chapter in the global fight against corruption” according to Andy Spalding, a renowned anti-corruption expert and Professor at the University of Richmond. The leniency agreement signed by Odebrecht (which has since been rebranded as Novonor) included a commitment to implement ISO 37001, a standardised anti-bribery management system, “to ensure actions to prevent wrongful acts and to seek the highest degree of ethics and transparency in the way its companies conduct their business.”

“This agreement enables us to recover our growth in a more sustainable manner, especially at Odebrecht Engenharia e Construção. Our commitment is to operate as an example of ethics, integrity and transparency, seeking projects that demand the best we have to offer to society: the technical experience of a company that is recognized as one of the best examples of excellence in Brazilian engineering,” said Luciano Guidolin, CEO of Odebrecht S.A. (Novonor).

The Odebrecht scandal had far-reaching consequences for the Latin American construction industry and highlighted the critical need for better systems of corruption prevention and anti-bribery management. Around the same time, the French engineering and transportation firm Alstom was caught up in a vast bribery scandal (2015) that led to them receiving a $772 million fine from a federal judge in the U.S. state of Connecticut, “the largest levied by the U.S. government in a foreign bribery case”, according to the U.S. Department of Justice.

The probe into the company’s corrupt practices found it had violated the FCPA, falsified books and records, failed to implement a system of internal controls, and paid out millions in bribes over more than a decade to win contracts in countries such as Indonesia, Egypt, Saudi Arabia, the Bahamas and Taiwan.

“Alstom’s corruption scheme was sustained over more than a decade and across several continents,” said U.S. Deputy Attorney General James M. Cole at the time. “It was astounding in its breadth, its brazenness and its worldwide consequences. And it is both my expectation – and my intention – that the comprehensive resolution we are announcing today will send an unmistakable message to other companies around the world: that this Department of Justice will be relentless in rooting out and punishing corruption to the fullest extent of the law, no matter how sweeping its scale or how daunting its prosecution.”

The scandal led to the company reviewing is regulatory systems and adopting in 2016 ISO 37001 as its core anti-bribery management system, the first European company to do so. “The global certification of Alstom’s anti-bribery compliance program constitutes another important milestone in Alstom’s continued efforts to improve the efficiency of its integrity program and we are very proud of Alstom’s leading position,” said Inge De Venter, Alstom Chief Compliance Officer.

Deep-rooted networks of corrupt actors are often uncovered in extensive corruption scandals with far-reaching consequences for those involved. The fiduciary sector, it would seem, is often tied up in endemic malpractice. Take, for example, the corruption scandal surrounding two subsidiaries of the Reserve Bank of Australia (RBA), who were fined over $21 million for offering bribes to foreign officials.

The court case finally wound up in 2018, and involved the subsidiaires Securency, producer of the plastic base for banknotes, and Note Printing Australia (NPA), producer of the notes. The firms decided to enter guilty pleas at the earliest opportunity, a clear signal of acceptance of responsibility. The record fines were handed out in 2011 and 2012 for offences that took place between 1999 and 2004, and included notably the offering of bribes to officials from Indonesia, Malaysia, Nepal and Vietnam.

In a statement, the RBA stated that it “accepts there were shortcomings in its oversight of these companies, and changes to controls and governance have been made to ensure that a situation like this cannot happen again.” This admission highlights the risk posed by corrupt practices to the key players in the industry, and how an international standard may negate the threat of such scandals and foment trust in the sector.

Another example is the case of OeBS, the banknote printing subsidiary of the of the Austrian central bank, Oesterreichische Nationalbank, which was caught up in an international bribery scandal involving corrupt officials in Azerbaijan and Syria. According to prosecutors, “a total of $18 million was paid through offshore accounts to officials at Azerbaijan’s and, later, Syria’s central banks to win printing contracts.”

One can also consider the case of the security printing heavyweight De La Rue, who was investigated by the UK Serious Fraud Office relating to its activities in South Sudan, although the investigation has since been dropped. These cases continue to highlight the clear need for adherence to international standards to prevent the continuous flow of corrupt money around the globe.

A Universal System of Norms

Corruption scandals like those highlighted above have generally led to positive change, with companies adopting new management systems designed to avert future misconduct charges and rebuild trust in good practice, including international standards such as ISO 37001 and more limited self-regulatory initiatives specific to certain sectors such as the Banknote Ethics Initiative (BnEI).

ISO 37001 implementation helps companies set up a series of procedures to “prevent, detect and address bribery on a reasonable and proportionate basis according to the type and size of the organization, and the nature and extent of bribery risks faced.” This is an effective solution to the often-ineffective internal ethical charters and industry-specific audit frameworks like the BnEI. The ISO standard allows diverse business silos to come together so that “a global perspective is deployed when implementing preventative measures.” Furthermore, the external nature of the audit system foments trust in the process as third-party auditors remain disinterested.

As American journalist David Hall writes, “a universal standard by which companies measure their anti-corruption systems allows a high bar to be set around the world, one that is not dependent on a given national legal system. It also fosters an international culture of ethics and compliance that will bring business and society forward. With powerful companies like Microsoft taking on certification, the ISO-led anti-bribery movement is gaining momentum.”

The last decade has seen the global corruption put under the spotlight, with millions paid in penalties, executives incarcerated on criminal charges and government officials prosecuted for accepting bribes. These scandals have, ultimately, led to positive change across many sectors, with companies eager to demonstrate their willingness to implement new management systems that will undoubtedly overhaul adverse business practices in the long term and rebuild trust across the board.