Add an Event
Newswire
Calendar
Features
Home
Donate
From the Open-Publishing Calendar
From the Open-Publishing Newswire
Indybay Feature
Related Categories:
Transgender Day of Remembrance in San Francisco
by Vigil Highlights
Monday Nov 22nd, 2021 4:19 AM
At least 45 transgender or gender non-conforming people were murdered in the US in the past year, making this the deadliest year on record for transgender people. At a vigil held at Counterpulse in San Francisco's Transgender District, speakers said this number is likely to be much higher due to underreporting. An open mic brought interesting reflections. 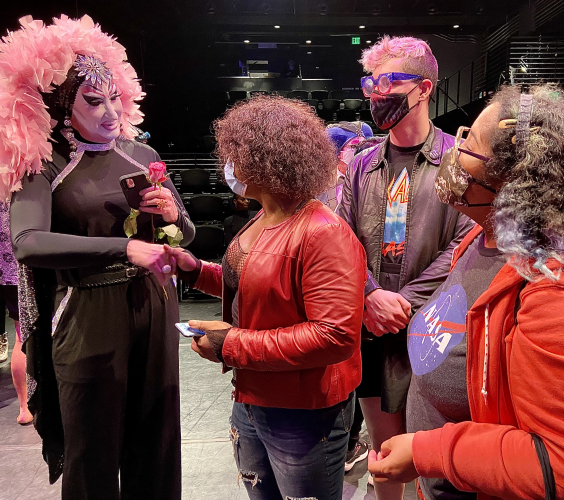 original image (3413x3024)
November 20th marked the International Transgender Day of Remembrance (TDOR), a memorial for transgender people whose lives have been lost to violence and transphobia. The Transgender District of San Francisco, the first official such district in the world, held a TDOR vigil and call to action at Counterpulse in the Tenderloin that day.

Some thoughts shared at an open mic included the following.

"As San Francisco goes, so goes the world," was a comment on the way our city has set the standard for transgender acceptance. Older participants recalled the Compton's Cafeteria Riot of August 1966 in the Tenderloin district as being one of the first LGBT-related riots in US history and reminded the audience that it even preceded Stonewall in New York City. Others said of Stonewall that it was transgender individuals who led the charge for LGBTQ rights and that should be acknowledged. That comment garnered much applause.

Several Gen Z age folks stepped up shyly to share their experiences with family rejection. A baby boomer who has lived in the Tenderloin for decades reminded people that one kindness to a person on the street who may be suffering can give them hope, and may even prevent a suicide.

One of the best quotes from the evening was, "We are living artfully in a society that values conformity." Fashion at the event illustrated that statement well.
§Inside Counterpulse
by Vigil Highlights
Monday Nov 22nd, 2021 4:19 AM 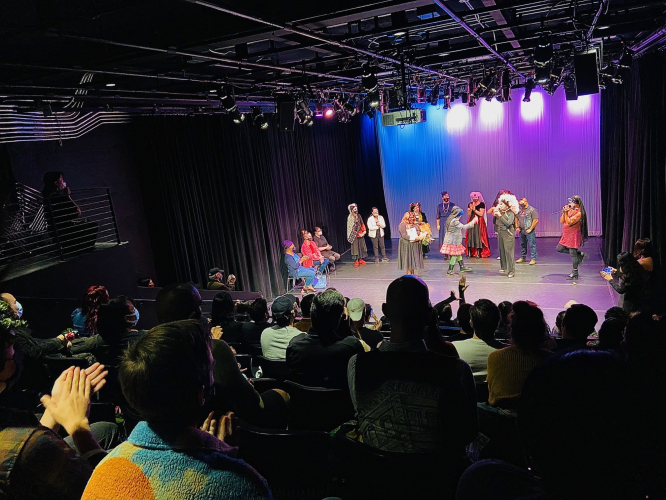 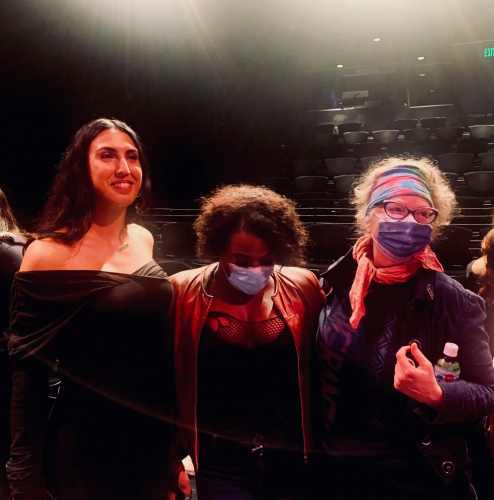 original image (1480x1495)
Jupiter (at left) was one of the emcees. Two members of Radical Women (on the right) thanked her after the vigil.
§Outside Counterpulse after the event
by Vigil Highlights
Monday Nov 22nd, 2021 4:19 AM 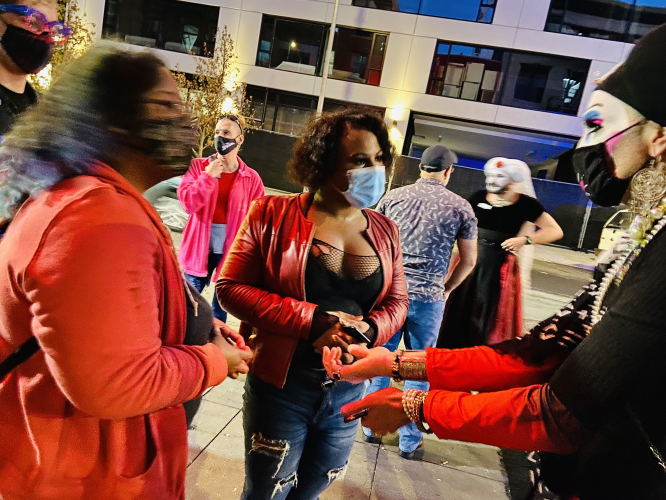 original image (4032x3024)
Members of Radical Women in conversation with a member of Sisters of Perpetual Indulgence. In past years they have worked together to counter theocratic groups that march in SF on the anniversary of Roe v. Wade
§Outside Counterpulse
by Vigil Highlights
Monday Nov 22nd, 2021 4:19 AM 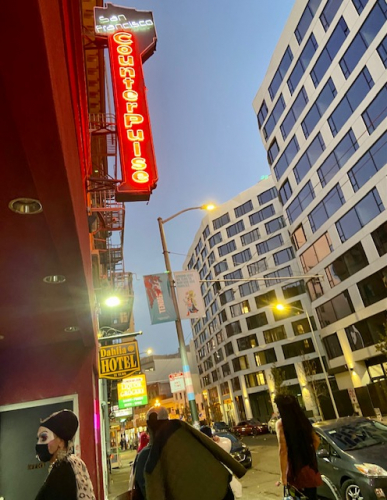 original image (496x640)
Add Your Comments
Support Independent Media
We are 100% volunteer and depend on your participation to sustain our efforts!