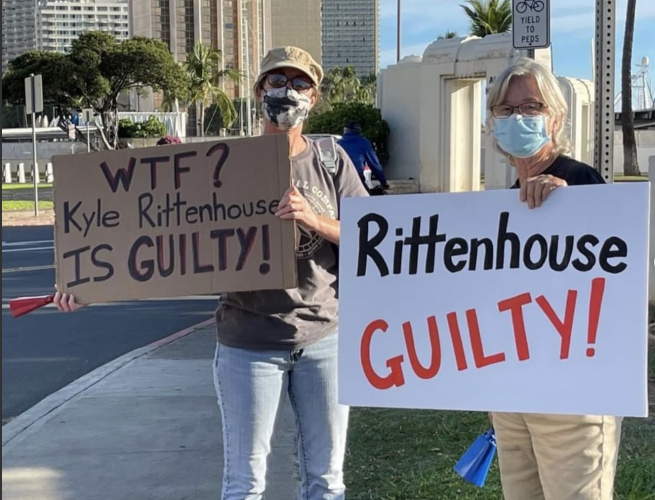 original image (1326x1012)
"Congressman Madison Cawthorn just offered Kyle Rittenhouse an internship. Congressman Matt Gaetz did the same," tweeted podcast host Heather Gardner. "They are sending a message to America that violence is not only acceptable, it's a resume booster for politics."

Rep. Matt Gaetz (R-Fla.) suggested an internship for Rittenhouse before the gunman was even acquitted.

On Wednesday, Gaetz—who is under investigation for possible sex trafficking of a minor—said on Newsmax that "Rittenhouse would probably make a good congressional intern. We may reach out to him and see if he'd be interested in helping the country in additional ways."

Rep. Paul Gosar (R-Ariz.)—who on Wednesday was censured and stripped of his committee assignments for publishing an animated snuff video in which he murders Rep. Alexandria Ocasio-Cortez (D-N.Y.)—said he would arm-wrestle Gaetz "to get dibs on Kyle as an intern."

Rep. Madison Cawthorn (R-N.C.) recorded a video of himself offering Rittenhouse an internship while urging viewers to "be armed, be dangerous, and be moral."

"The Republican Party continues to enable, embrace, and embolden white supremacy and vigilante violence," tweeted Bend the Arc: Jewish Action. "Anything for power. This is their platform."

The youth-led Voters of Tomorrow tweeted, "Let us be clear: If you're offering a congressional internship to Kyle Rittenhouse today, we're coming for your seat."
Repost from Common Dreams under creative commons license.
https://www.commondreams.org/news/2021/11/...
Add Your Comments
LATEST COMMENTS ABOUT THIS ARTICLE
Listed below are the latest comments about this post.
These comments are submitted anonymously by website visitors.