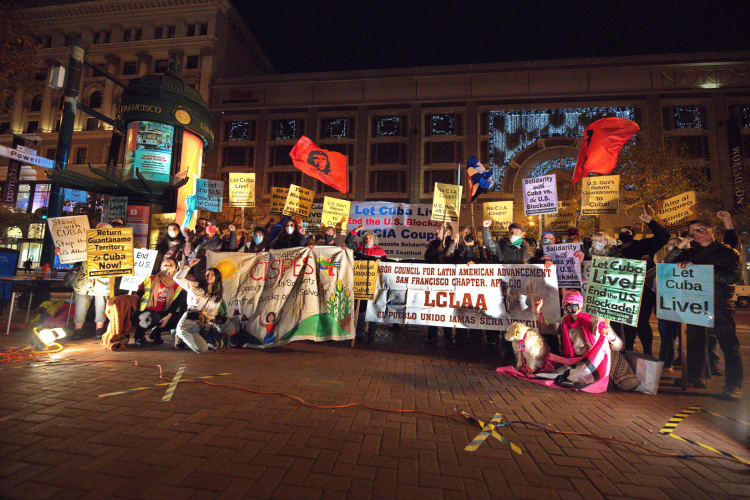 In a main San Francisco downtown shopping area that was desperately trying to project holiday cheer with too few people, Cuba supporters demonstrated to "Let Cuba Live." It was part of a nationwide day of action organized by the Answer Coalition.

Since the 1959 Cuban revolution that brought Fidel Castro to power when he ousted the brutal U.S. supported Batista dictatorship and expelled major U.S. corporations (AT&T, United Fruit, and Texaco) the U.S. has been trying to overthrow the independence of the small island nation of 11 million. Cuba has committed the cardinal sin of refusing to become a U.S. client state, fitting into its assigned slot in the U.S. economic world order.

In the past sixty two years the U.S. has maintained an economic blockade (an act of war), attacked Cuba's factories and crops, murdered tourists, and financed political subversion. Some efforts bordered on the comical as they sent Castro exploding cigars, pulled boats of "refugees" out a few miles off the Florida coast at night and then "rescued" them in the morning.

In 1961 the U.S. attempted an armed attack. When the attack was defeated, Cuba ransomed the prisoners for $5 million worth of medicines. Many believe that the CIA assassinated President Kennedy because he refused to save the attackers with air support,.

Why is a small impoverished nation such a threat to the US? Certainly not because they are not a Western style democracy, since the US has installed and supported tyrannies throughout the world.

Cuba is a threat to the US because all Cubans get free health care and all Cuban children go to school. They pose an example to the rest of the impoverished countries of Central and South America that a country can devote its resources, however meager, to benefit its own people. As Noam Chomsky put it, the US fears that the "rot will spread."

The demonstrators are calling on people to show their support for the right of Cuba to retain its sovereignty and for freedom from imperialist efforts to overthrow the government. 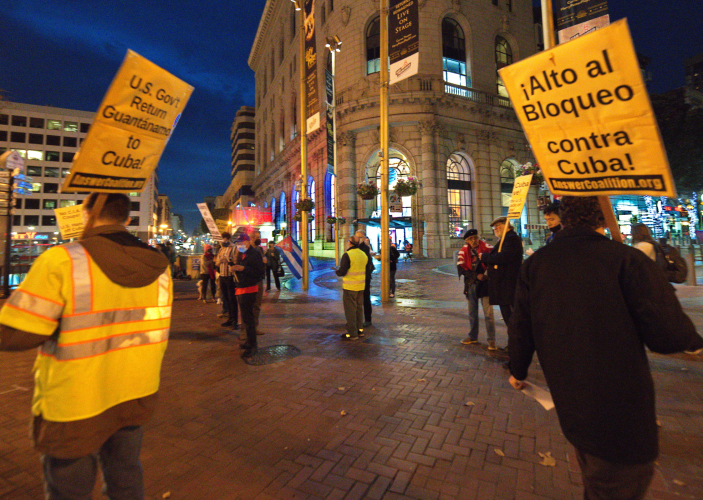 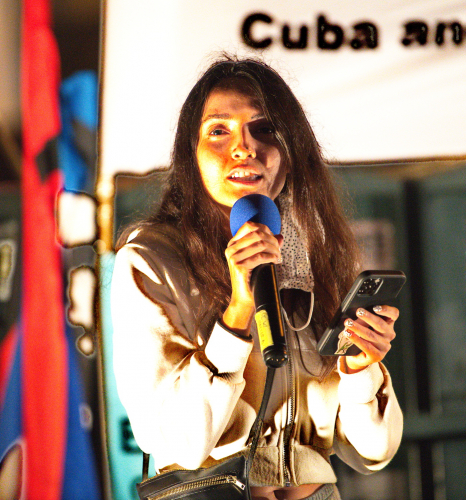 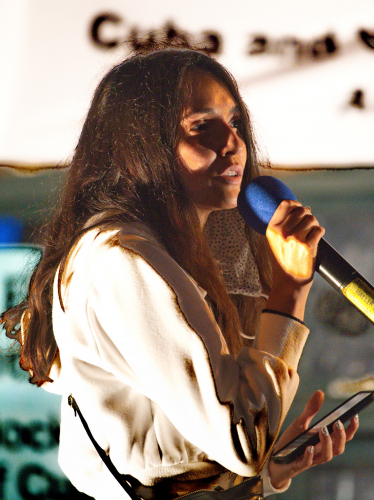 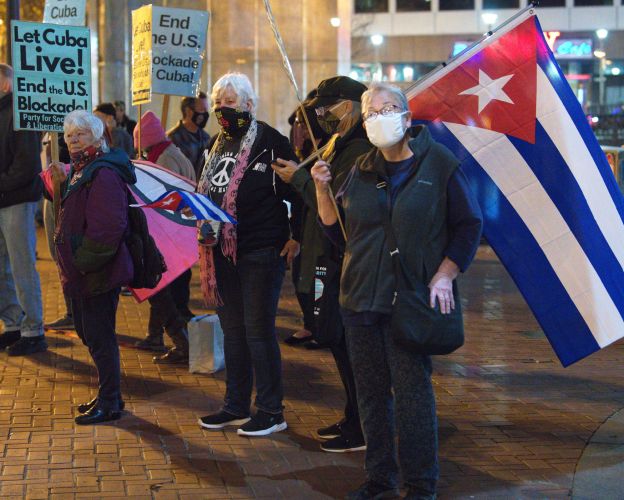 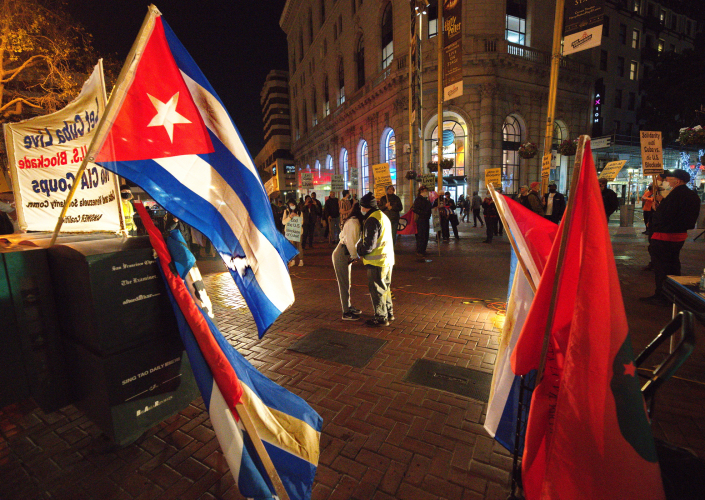 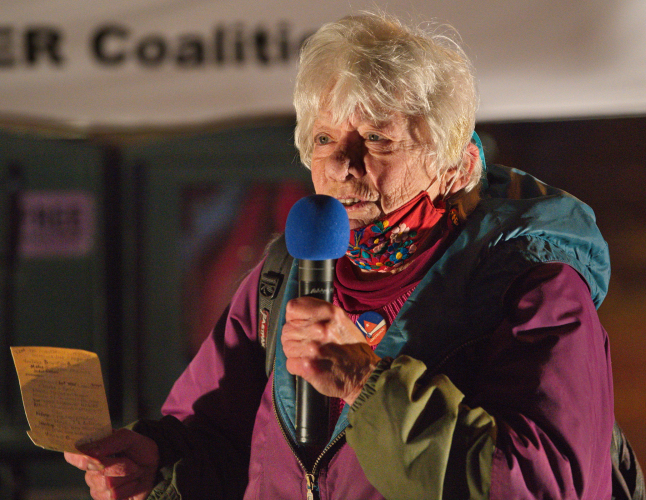 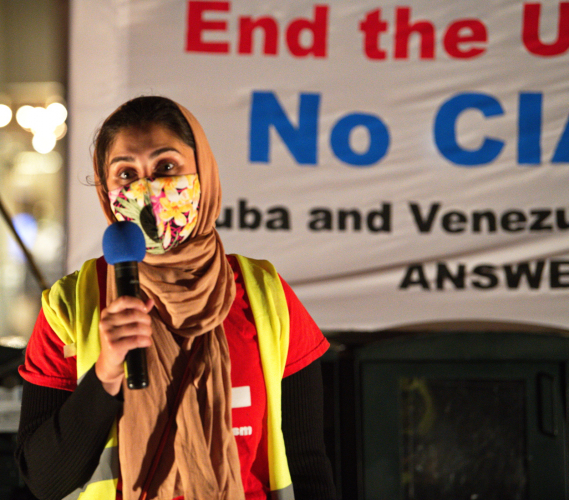 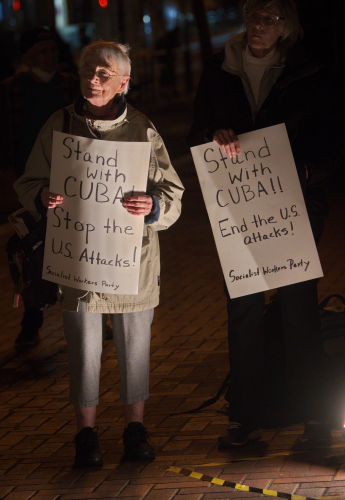 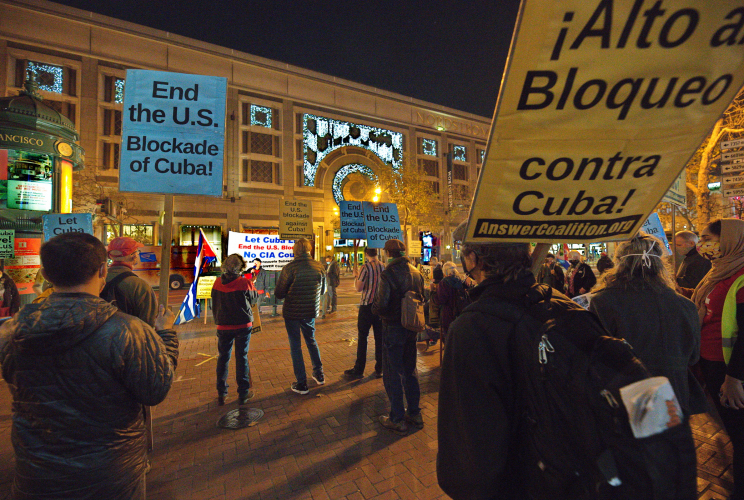 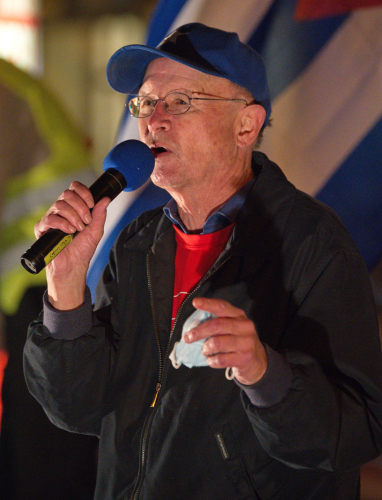 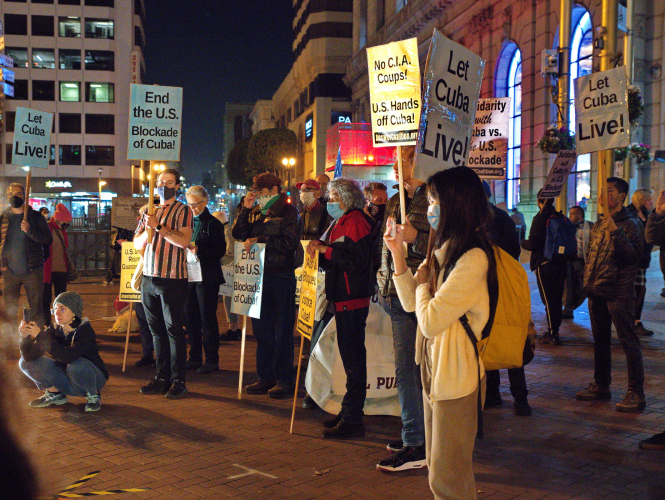 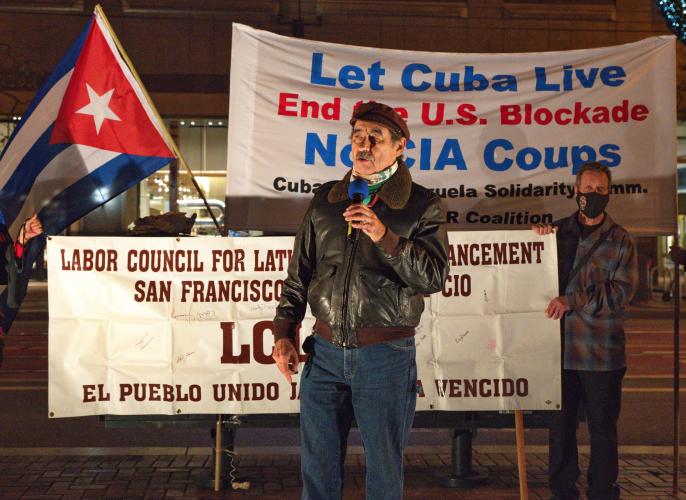 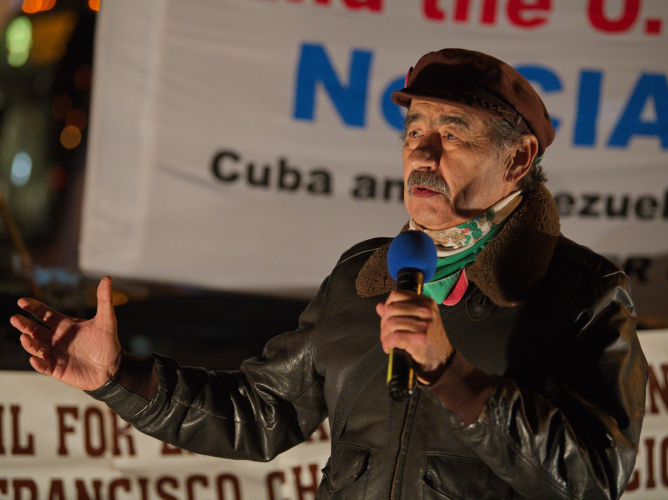 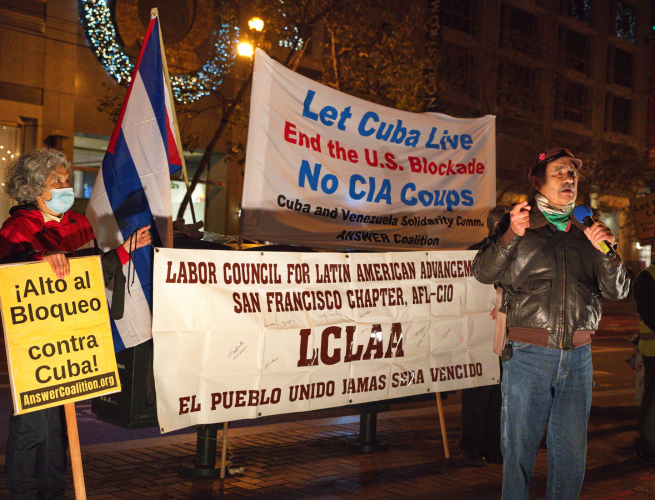 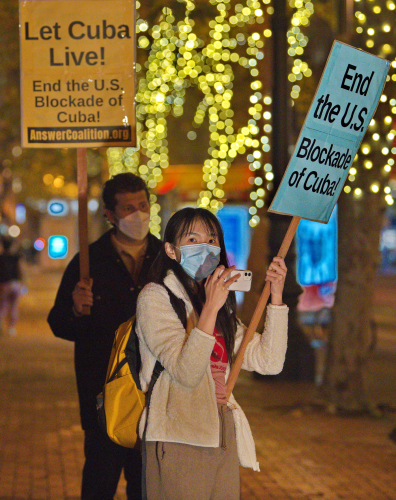 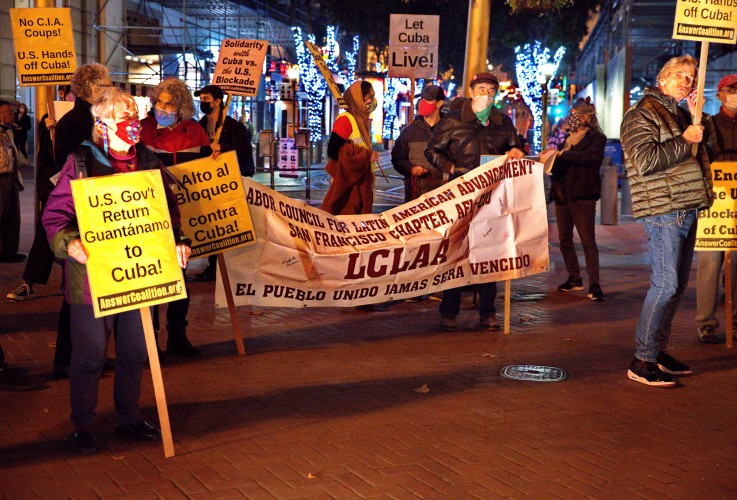 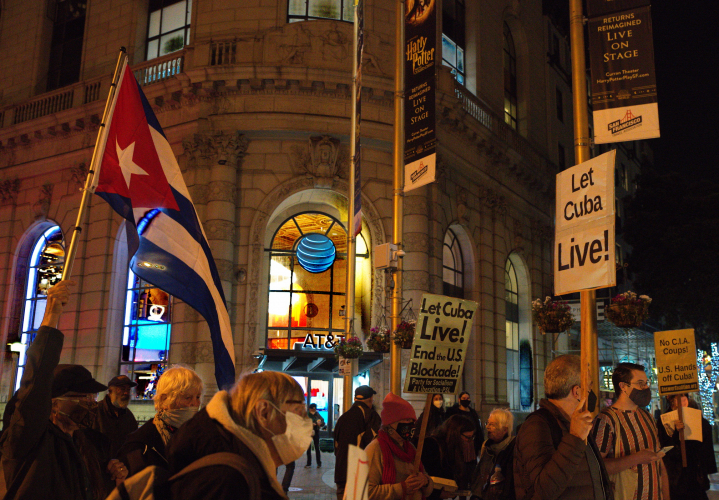 original image (2015x1400)
https://www.answercoalition.org/nov_15_act...
Add Your Comments
Support Independent Media
We are 100% volunteer and depend on your participation to sustain our efforts!