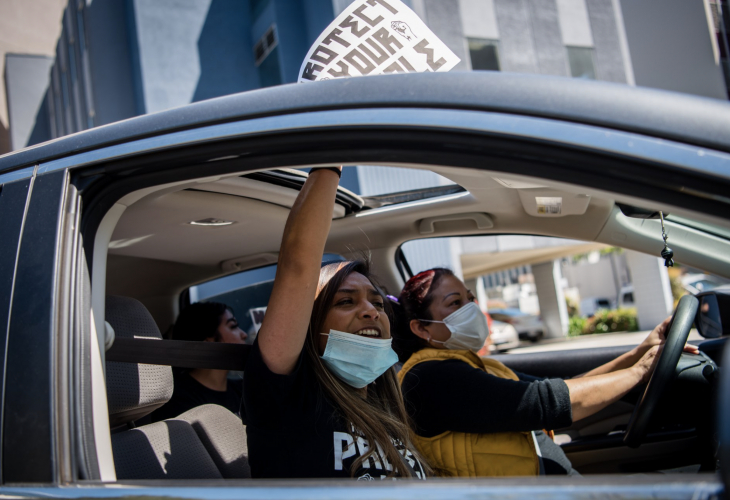 Public backlash and years of activism is credited with a turnaround by Sheriff Carlos Bolanos of San Mateo County on the San Francisco Peninsula. His office announced yesterday they will no longer transfer prisoners from jail to Immigration and Customs Enforcement, better known as ICE.

Bolanos turned over 15 immigrants and refugees to federal authorities last year, more than any other San Francisco Bay Area county, according to the Palo Alto Daily News, which also said that six Bay Area counties didn't hand over a single person to ICE in that time period.

Since 2008, the San Mateo County Coalition for Immigrant Rights (SMCCIR) has advocated for pro-immigrant polices in the county. Yesterday the group thanked community members who have been speaking out against ICE transfers for years.

The group said, "this victory would not have been possible without impacted families who have organized to bring this issue to light...We’re in solidarity with those who have suffered irreparable harm due to San Mateo County’s devastating and unnecessary ICE transfer policy. There is no going back for our loved ones who were deported and their families who will have an empty seat at the table during the holidays. The Sheriff and Board owe it to these families to make this policy permanent and stop ICE transfers for good. We continue to call for the Board of Supervisors to make a countywide commitment and pass an ordinance to ensure no further County resources are used to tear apart immigrant families."