Day of the Dead Protest in Front of Nancy Pelosi's House 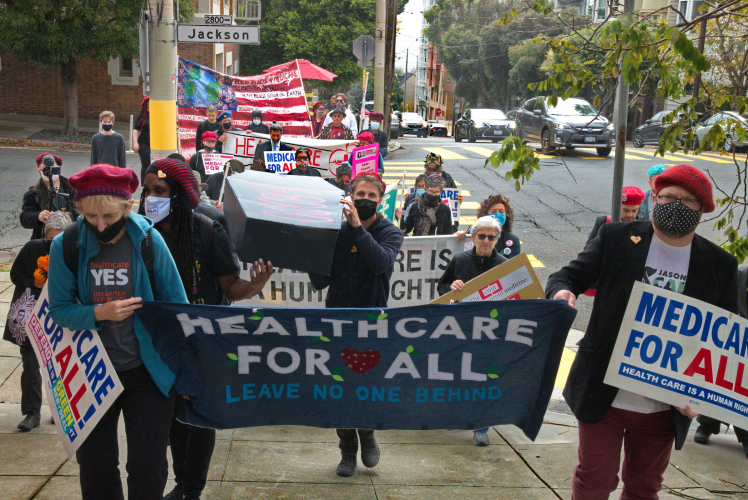 The coffin they carried was fake, but the "68000" painted on it, the number of deaths suffered in the U.S. this year because of lack of health care, is all too real.

In a Day of the Dead protest, protesters gathered in a slight drizzle at San Francisco's Alta Plaza Park and marched to Speaker Nacy Pelosi's house, a few blocks away. The signs they carried declared health care to be a human right and demanded Medicare for All. One, carried by "Red Berets" was an American flag with the year other countries had instituted national health care written on the stripes. "WHAT ABOUT US???" was on the bottom line.

One demonstrator wore a black mourning veil over her face. Many carried little heart shaped pins of a black rose, a Victorian symbol of tragic love, danger and death.

In front of Speaker Pelosi's elegant house in one of the City's most elegant neighborhoods, speakers blasted Pelosi's refusal to work for Medicare for All.

Doctor Ana Malinow noted that Pelosi had indeed been trick or treating this Haloween season, the trick being the lack of health care for all and the treat being the massive giveaways to her suppporters in corporate America.

Vara Ramakrishnan told of how Facists always start by attacking the women because of their power, as is happening in Texas. Pointing an accusing finger at the speaker's house, she said that Pelosi had had the necessary votes for Medicare during the Obama years, but buckled to her supporters in the healtcare and insurance industries.

A speaker told the story of how he could not pay the $238 for his son's medication that costs $37 in Canada and that when the insurance cancelled his son's health care policy for an unpaid $20 bill, his son committed suicide.

Speakers included: From the event announcement:
In front of Speaker Nancy Pelosi's residence, which is arguably the most haunted place in SF, for her refusal and neglect to take action in the face of so many deaths in the United States of America, we will have a speaker lineup of local activists, representing medical professionals, communities of color, immigrants, LGBTQ+ communities and leaders in SF neighborhoods which have been most affected by COVID-19 deaths. 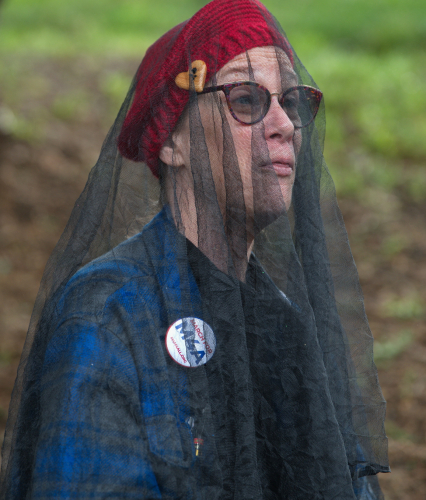 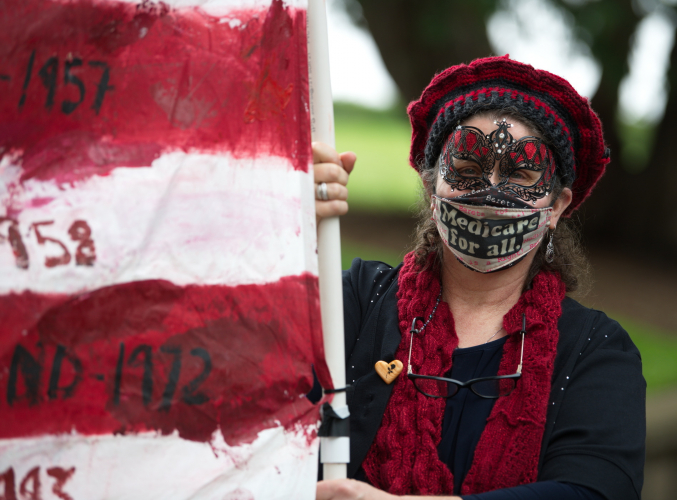 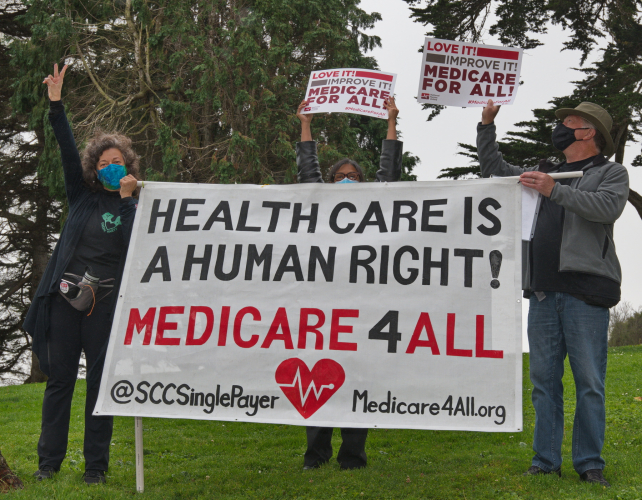 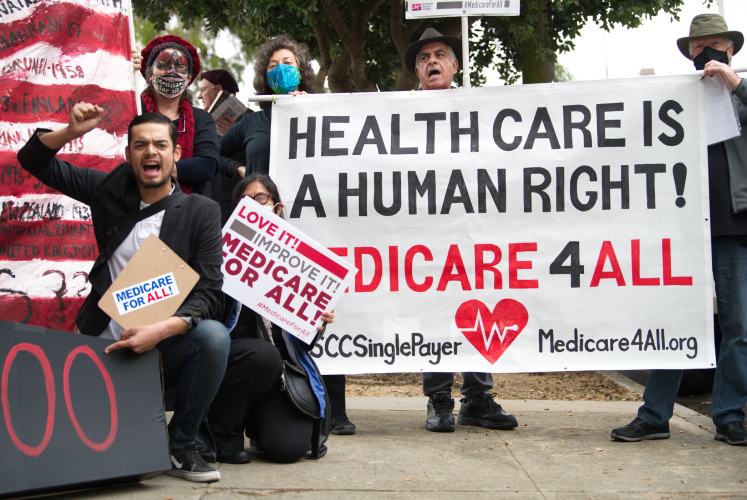 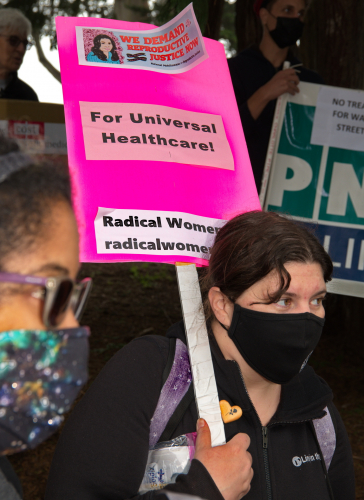 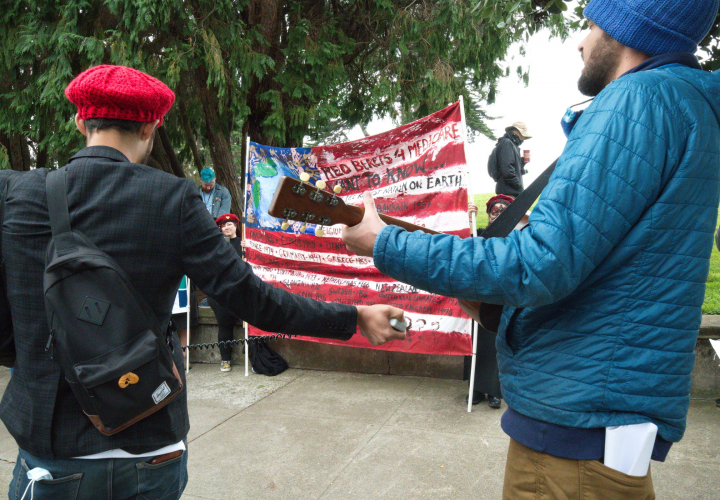 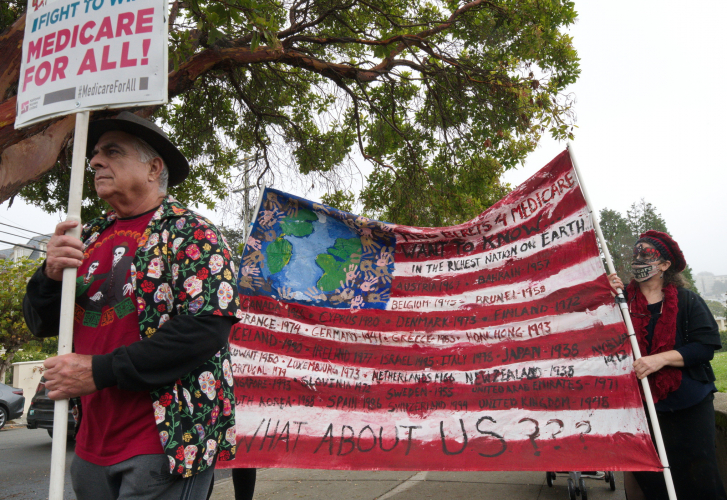 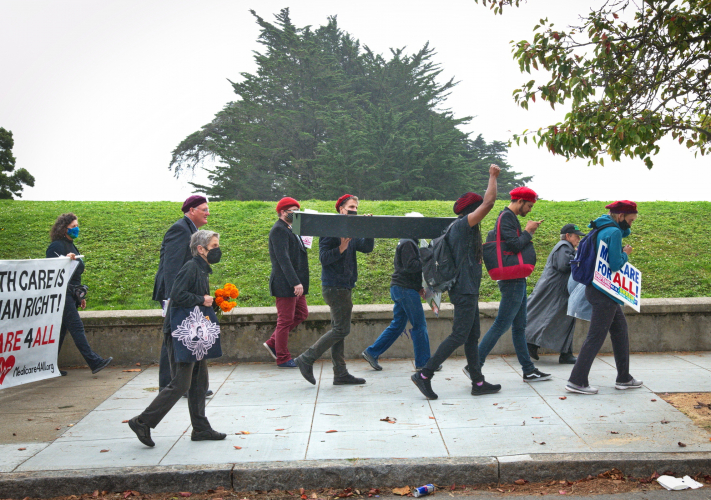 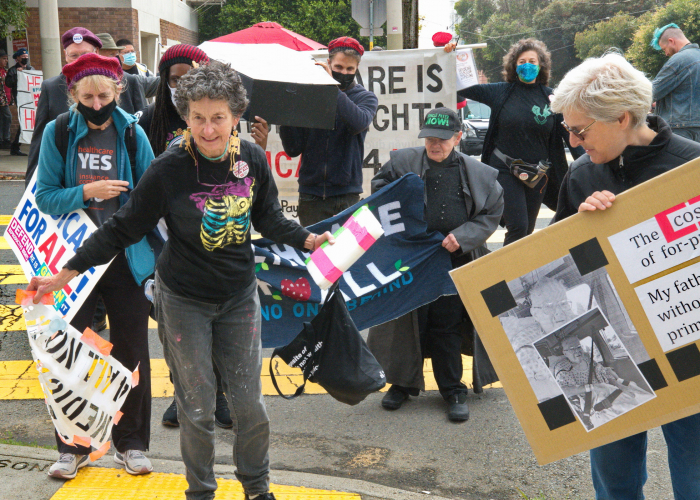 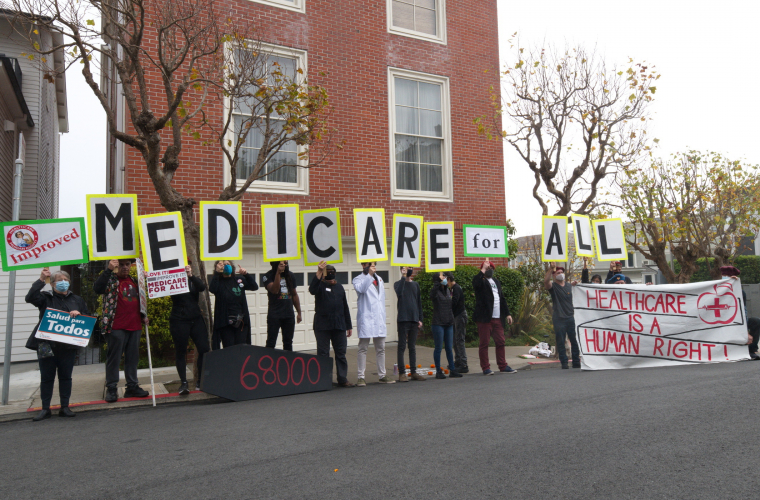 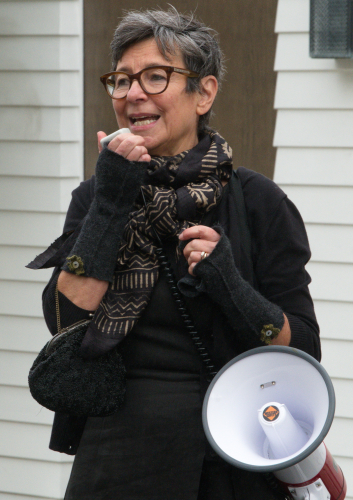 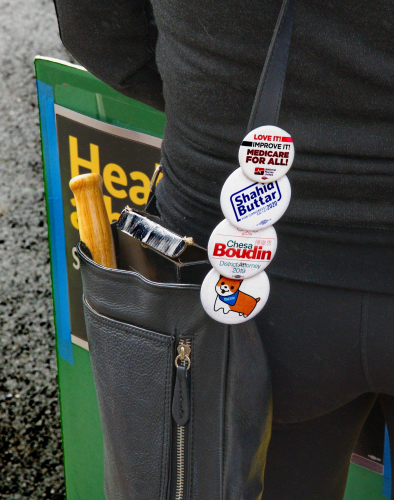 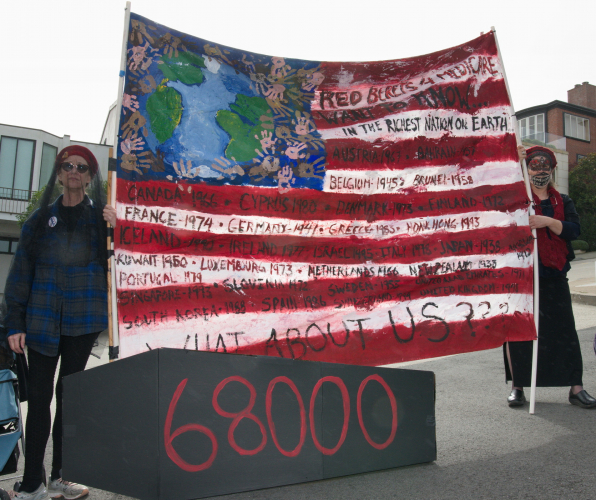 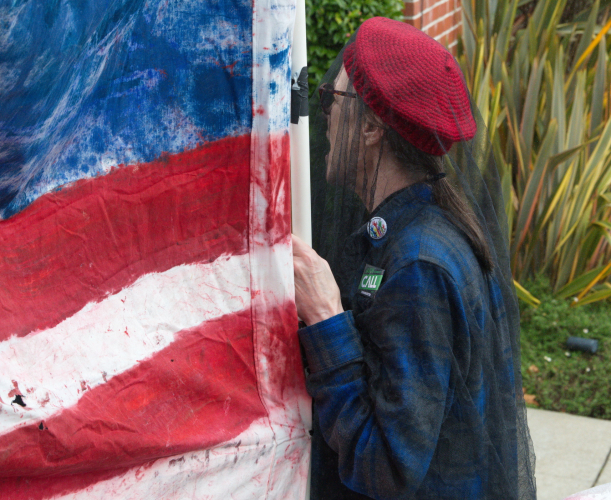 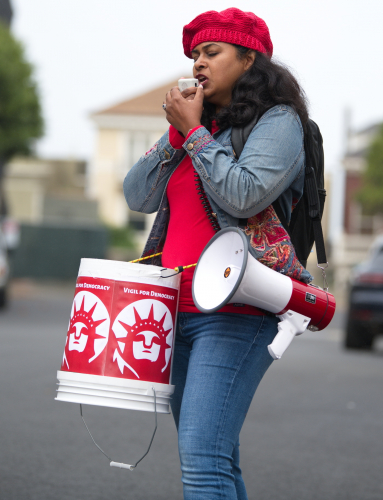 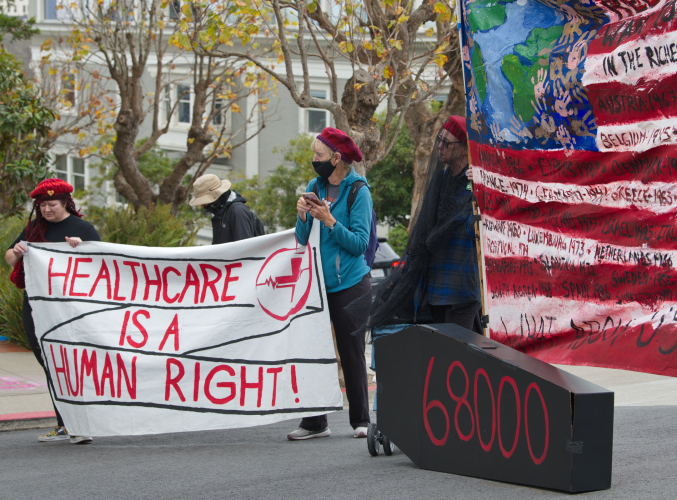 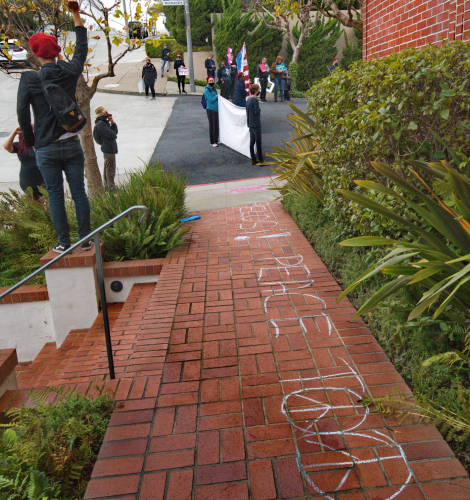 original image (1400x1487)
Add Your Comments
Latest Comments
Listed below are the latest comments about this post.
These comments are submitted anonymously by website visitors.
TITLE
AUTHOR
DATE
Great photos!
Thankful
Support Independent Media
We are 100% volunteer and depend on your participation to sustain our efforts!