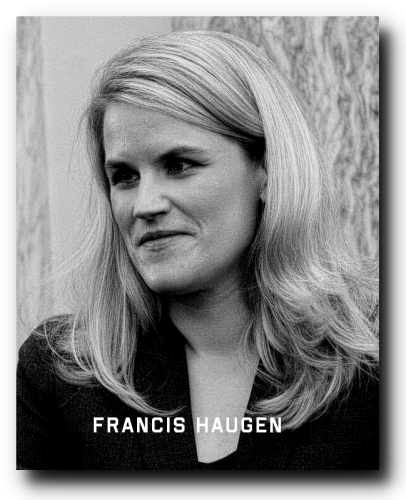 The drive for government regulation and control of Facebook content intensified last weekend following the publication of details about the social media company’s internal response to the right-wing coup attempt of January 6 in Washington D.C.

Through a series of media reports—based on company documents disclosed by Facebook whistleblower Frances Haugen to the Security and Exchange Commission (SEC) and provided in redacted form to the US Congress and a consortium of news organizations—a campaign is being mounted that says the social media company enabled the fascist assault on the US Capitol and, therefore, must be “reined in.”

While the growing campaign to regulate Facebook is being framed as a necessary response to far-right extremism and those who plotted the January 6th coup attempt, the reality is that online censorship has consistently been used to throttle and ban the circulation of left-wing and socialist political views online.

The origins of the present campaign go back to early 2017 when a program of internet censorship was rolled out, on the basis of unproven assertions by the US intelligence community that Russia had meddled in the 2016 presidential elections by spreading “divisive views” online, targeting progressive and socialist websites and publishers.

In the course of this censorship campaign, for example, Google admitted to demoting content from the WSWS.org in search results, Facebook banned the accounts of writers and editors of the World Socialist Web Site and censored pages of the International Youth and Students for Social Equality. In February, Facebook blocked its users from sharing the WSWS Perspective “Washington Post’s ‘Wuhan Lab’ conspiracy theory stands exposed.”

Last Friday, in an article entitled “Inside Facebook, Jan. 6 violence fueled anger, regret over missed warning signs,” the Washington Post made the claim that the trove of leaked Facebook documents “provides new details of the social media platform’s role in fomenting the storming of the US Capitol.”

The Post article—part of a series entitled “Facebook Under Fire”— said that the documents from Haugen along with “others independently obtained” and from “interviews with current and former Facebook employees,” show that the social media platform “helped fuel that day’s mayhem.”

A similar article in the New York Times on Friday said, “The disclosures from Ms. Haugen … have resurfaced questions about what role Facebook played in the events leading up to the Jan. 6 Capitol riot.” Another report on NPR claimed, “Facebook failed to curb the proliferation of the Stop the Steal movement. … In its internal report, Facebook acknowledged something striking: It ‘helped incite the Capitol Insurrection’ on Jan. 6.”

The assertions by media outlets affiliated with the Democratic Party that Facebook “fomented” or “incited” the events of January 6 has nothing to do with bringing Donald Trump, his advisers and collaborators in the Republican Party, along with the far-right and fascist groups associated with them, to justice for their attempt to violently overturn the results of the 2020 presidential election.

The diversionary nature of the accusations against Facebook—a social media platform with nearly 3 billion active users worldwide that is not responsible for monitoring the activity of the right wing—is exposed as soon as one asks the question: What were the Democrats and their media representatives doing before, during and after January 6? What warnings were they issuing to the public about the obvious plotting of a right-wing coup by the Trump White House and what have they done about it since?

It is now more than nine months since the insurrection in Washington D.C. and, despite the publication of substantial detailed evidence about who was involved, the Democrats have not prosecuted a single leading official for their criminal actions. In reality, the campaign for government intervention and regulation of Facebook is part of the ongoing effort to cover up the full implications of the assault on democratic institutions in the US on January 6.

For example, Representative Bennie Thompson, Democrat from Mississippi and chair of the special House committee investigating the January 6 coup attempt, said on CBS News’ “Face the Nation” that Facebook’s role is being investigated. “It’s clear that the Jan. 6 organization per se used them as an organizing tool to the extent that we can identify what really happened,” Thompson said.

The Facebook documents do reveal that some employees raised concerns about Trump’s use of social media. For example, an unnamed Facebook staff person posted on the day of the January 6 insurrection, “This is not a new problem. We have been watching this behavior from politicians like Trump, and the, at best, wishy washy actions of company leadership, for years now. We have been reading the [farewell] posts from trusted, experienced and loved colleagues who write that they simply cannot conscience working for a company that does not do more to mitigate the negative effects on its platform.”

But the Post evaluation of the documents says that they provide “ample evidence” that Facebook’s internal research “had identified ways to diminish the spread of political polarization, conspiracy theories and incitements to violence but that in many instances, executives had declined to implement those steps.”

Facebook employees “expressed their horror in internal messages as they watched thousands of Trump supporters shouting, ‘stop the steal’ and bearing the symbols of QAnon—a violent ideology that had spread widely on Facebook before an eventual crackdown—thronged the US Capitol.” The report goes on to say that “online mayhem surged alarmingly on Facebook” with reports of “false news” hitting nearly 40,000 per hour according to an internal report from the day of the insurrection.

The leaked documents show that Facebook began lifting many of the restrictions imposed on “toxic speech” and “misinformation” that had been in place prior to the November 2020 elections. Measures such as outright bans and removals and other “soft actions” to suppress “problematic content” as well as reducing the spread of posts within groups advocating violence and hateful content were rolled back within a few weeks of the elections.

The documents have also revealed that an internal Facebook organization called the Civic Integrity group, set up specifically for combatting dangerous political content, was dismantled shortly after the 2020 elections. The Post report quotes an anonymous company employee who said, “The leadership was not happy with how loud the Civic Integrity team was. They wanted to decentralize the team and the power they had.”

The Post report says that among the removed measures included those “aimed at groups and pages that, like the ones touting Stop the Steal, sought to ‘delegitimize’ the 2020 election, according to a company document detailing such measures. One barred them from Facebook’s ‘recommendation engine.’ Another prevented existing groups from changing their names to terms that undermined the election’s legitimacy. They blocked the algorithm’s ability to recommend live video on political topics.”

It is clear from the information revealed in the internal Facebook documents that supporters of Donald Trump’s “Stop the Steal” campaign and participants in the fascist riot at the Capitol used Facebook to communicate their aims and report and coordinate their actions on that day. However, responsibility for the attempt to overthrow the US government lies with those who plotted and attempted to carry it out and not with the social media platforms.

Nowhere in the analysis of the Post or the presentation from the whistleblower Haugen is there any reference to the politics of those who organized the January 6 coup attempt nor, for that matter, is there any direct reference to the fact that the assault on the US Capitol was coordinated and continues to be defended by leading members of the Republican Party including those who remain in office.

There is a bipartisan consensus being developed to “rein in Facebook” for entirely different reasons than those being provided to the public. There are numerous bills being introduced in Congress that are aimed at combatting “harmful content,” “extremism” and “disinformation” around which both Democrats and Republicans are developing the legislative framework for government control of content on Facebook and the other mass social media platforms.

The Justice Against Malicious Algorithms Act (JAMA Act) would open up digital service providers to prosecution if they knowingly or recklessly make a personalized recommendation that “materially contributed to a physical or severe emotional injury to any person.”

Behind all of the discussion of stopping “harmful” and “malicious” technologies is the unstated aim by all political factions of the ruling elite—as well as their media spokesmen at the Wall Street Journal, Washington Post and the New York Times—to suppress left-wing and socialist political ideas on the social media platforms.

The thing that the ruling establishment fears and wants to stop more than anything else is the integration of the growing movement of the working class against the deadly government pandemic response and the strike struggles for jobs, wages and benefits with the mass communication and organizational potential of social media.

https://www.wsws.org/en/articles/2021/10/3...
Add Your Comments
Support Independent Media
We are 100% volunteer and depend on your participation to sustain our efforts!