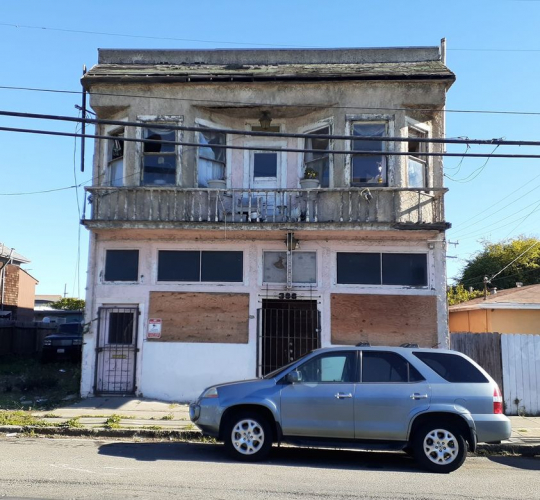 At Ethel Dotson's historic International Hotel located on 396-South Street was built in 1900, it was where the Brotherhood of Black Sleeping Car Porters Union members would eat and stay starting in in 1924 when they would come to Richmond, California,

At that time the Pullman company serviced its cross-country rail cars at the huge plant on Carlson and South, the western terminus of their runs. There was the Pullman Hotel that served the layover white workers on the corner of Carlson (since demolished).

Black porters stayed at the International Hotel about a block away, where there were 20 small second story rooms and a large reception area on the ground floor.

The International Hotel was the center of much organizing and socializing that eventually led to the establishing of the national Brotherhood of Black Sleeping Car Railroad Porters Union. That building still stands today. It was also a after-hours joint and night club according to Ethel Dotson, when I interviewed in the early 1990s for the RICHMOND POST.

There was a large stage on the ground level where such performers as Billie Holiday, Cab Calloway and other celebrities would gather to entertain the railroad porters during the World War II era. According to Ethel and a few tenants that lived there at the time; said the old International Hotel was haunted.
Add Your Comments
Support Independent Media
We are 100% volunteer and depend on your participation to sustain our efforts!