Add an Event
Newswire
Calendar
Features
Home
Donate
From the Open-Publishing Calendar
From the Open-Publishing Newswire
Indybay Feature
Related Categories: International | Global Justice & Anti-Capitalism
An End to Privacy: Big Tech's Appetite Turns Towards Cashless Payments
by Simon Garth
Thursday Oct 28th, 2021 9:18 AM
“GAFAM” is the acronym used in Europe to refer to tech behemoths Google (under parent company Alphabet), Apple, Facebook, Amazon and Microsoft. In the U.S., they are more commonly known as “The Big Five” or “FAAMG”. Globally, they are “big tech” and they are powerful. 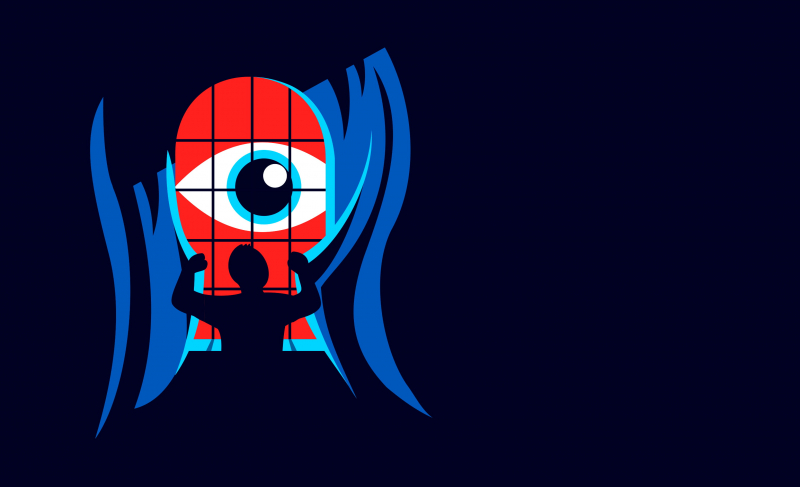 The tech world includes many players, but is dominated by just a few. “GAFAM” is the acronym used in Europe to refer to tech behemoths Google (under parent company Alphabet), Apple, Facebook, Amazon and Microsoft. In the U.S., they are more commonly known as “The Big Five” or “FAAMG”. Globally, they are “big tech” and they are powerful.

And big tech’s dominance has only grown in recent times. As a global health crisis was crippling many industries, their collective market capitalization increased by over 40% in 2020 . Lockdowns and unfounded fears of contracting the coronavirus through the handling of cash led to a proliferation of cashless payments and online transactions. Big tech could not be happier.

While the world’s attention has been focused on battling a pandemic, big tech companies have been busy investing in new territory: the payment and fintech markets. Google, Apple, Amazon and Facebook have all used different strategies to enter the realm of finance, but consumers and regulators are wary of the increased power each digital payment gives them in the form of personal data.

Whether seeking more control over the entire shopping process or hoping to increase user loyalty and time spent on their platforms, big tech players have aggressively invaded the fintech and financial landscapes. Their presence has become so widespread that consumers may not even realize they are using a big tech company’s services to make a purchase.

The Silicon Valley giants began investing in financial services before the pandemic started. Companies partnered with banks for the back-end infrastructure and used their own in-house tech expertise to develop digital payment interfaces integrated directly into their platforms that are more user-friendly, appealing and widespread than traditional banking websites. Consumers know them as Amazon Pay, Facebook Pay, Apple Pay and Google Pay.

Big tech has since expanded their ventures into other financial services. In 2019, Apple launched a credit card in conjunction with Goldman Sachs that touts increased security and privacy controls and no processing fees. Google partnered with Citigroup to offer a checking account product in 2020 through its Google Pay app. E-commerce heavyweight Amazon initially launched its Amazon Pay digital wallet in 2007 and has since added lending and insurance services. The company has also opened over 25 Amazon Go and Amazon Fresh ‘no checkout needed’ stores in the U.S. and the U.K. with plans for many more underway. Shoppers only need a smartphone and an Amazon account to pay.

These new financial services require investments and big tech has been busy doing just that. According to a report by CB Insights, big tech invested $2.2 billion in fintech companies in 2020. As of June, they had already invested an additional $1.2 billion in 14 fintechs for 2021. All of this while a global pandemic has caused most industries to scramble just to stay afloat.

What exactly is motivating big tech’s aggressive drive into financial services? The same thing that has helped make each of them worth more than most small countries – your personal data. Since many of their financial services boast no transaction fees, this data must be very lucrative.

When a consumer makes a purchase using Facebook Pay, their Amazon account, etc., they share their spending data with the company facilitating the transaction. These companies already have unfathomable amounts of data collected from search histories, social media pages and websites visited. This additional information about purchasing behaviors helps them create even more precise profiles of users. Understanding people’s spending habits, what mortgages or insurance policies they have, even which medications they buy, enables advertisers to focus their ads, modify consumers’ behaviors and know how much a person is willing to pay for any particular item. As James Angel, finance professor at Georgetown University, says, “If you know what someone spends money on, you know everything about them.”

Companies use these enhanced profiles to better target their advertising and propose other services to users on their platforms or sell this data to other advertisers and analysts. Given that ads made up 71% of Google’s revenues in 2019 and that approximately one-third of the $240 billionspent on advertising in 2019 went to Google and Facebook, this data is profitable. The price consumers pay for using free and convenient cashless payments is that third parties know everything about them.

The growing clout of big tech in a field previously controlled by traditional financial institutions is causing alarm amongst regulators and private citizens – particularly in regards to privacy concerns for the personal data they collect. But ultimately, big tech companies’ influence and profits are determined by the number of people using their financial services and digital payments.

Consumers have expressed increased mistrust of big tech and a fear of being spied on, but the use of digital wallets and contactless payments has also gone up. The Ponemon Institute published a study in July 2020 that found that 86% of adults were “very concerned” with how companies such as Google and Facebook were using their personal information. Another poll conducted by WhistleOut had 85% of respondents saying they believed at least one tech company was spying on them.

However, consumer concerns over privacy seem to have taken a backseat to a greater desire for convenience. Cashless payments and the adoption of digital wallets increased dramatically during the pandemic. So much so that a new study from Juniper Research predicts that the $5.5 trillion spent through digital wallets in 2020 will reach $10 trillion by 2025. While many people have accepted the tradeoff of having less privacy in order to be able to pay with one click or swipe, risks remain with giving big tech companies complete access to the financial spending habits of the world’s population.

Fully cashless economies are dangerous for civil liberties and the right to privacy, but there are strong forces pushing in that direction. As Stefan Gleason, President of Money Metals Exchange, explains, “The War on Cash isn’t a conspiracy theory. It’s an open agenda. It’s being driven by an alignment of interests among bankers, central bankers, politicians, and Silicon Valley moguls who stand to benefit from an all-digital economy.”

The ability to pay with cash has to be protected as it is the only payment method that is fully private and autonomous. Cashless payments and digital wallets are increasingly user-friendly and offer an enticing level of convenience. Consumers can choose to use the financial services offered by big tech, but they should also have the option of paying with cash if they do not want their spending habits to be exploited and traded.