Add an Event
Newswire
Calendar
Features
Home
Donate
From the Open-Publishing Calendar
From the Open-Publishing Newswire
Indybay Feature
Related Categories: U.S. | Education & Student Activism
Texas official tells “terrified” educators to teach “opposing views” on the Holocaust
by Tony Jackson, Andrea Peters (WSWS repost)
Friday Oct 22nd, 2021 11:44 AM
In an expression of the far-right atmosphere coursing through Texas schools, the director of curriculum in one district indicates that educators must teach “both sides” of the Holocaust or risk their jobs. 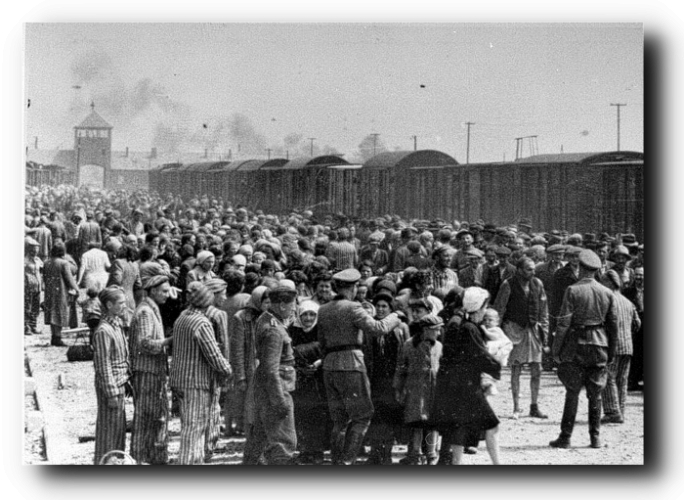 On October 8 at a meeting with teachers to discuss the implications of Texas’ recently passed right-wing attack on freedom of speech and thought in schools, an official with the Carroll Independent School District (ISD) in the Dallas-area town of Southlake, responding to a teacher’s statement that “we’re all just really terrified,” provided educators with an example of how they should seek to conform with state bill HB3979.


“Make sure that if, if you have a book on the Holocaust, that you have one that has an opposing, that has other perspectives,” she advised. The audience, clearly stunned, gasped. One teacher countered, “How do you oppose the Holocaust?! What?!” Gina Peddy, the executive director of Curriculum and Instruction, then warned, “Believe me. That’s come up.” She added that alongside Carroll ISD, which serves about 7,745 students in a well-to-do area of a much larger metroplex, other districts were facing the same thing.

After Peddy’s remarks hit the media and provoked outrage, the superintendent posted a statement on the ISD’s Facebook page saying that the curriculum director’s statement was not meant to “convey that the Holocaust was anything less than a terrible event.” But another spokesperson for the district, Karen Fitzgerald, told NBC News that administrators were just trying to help teachers “provide balanced perspectives not just during classroom instruction, but in the books that are available to students in class during free time.” While insisting that Carroll ISD would not mandate the removal of certain books, she said that educators who are unsure about a specific title should consult with administrators about “appropriate next steps.”

Despite the administration’s attempts to downplay the implications of Peddy’s remarks, what the curriculum director said on October 8 exposes the far-right character of the assault on public education spearheaded by the Republican Party, which is taking advantage of the Democratic Party’s racialization of the school system—also politically rotten and dangerous—to legitimize fascist views.

The Holocaust was the systematic application of modern industrial capitalism to the total extermination of a religious-cultural group. Instituted with the express aim of eliminating Europe’s Jewish population, it resulted in the deaths of 6 million, including 90 percent of Jews living in Poland. Pogroms, shootings, medical experimentation, sterilization, labor camps and gas chambers were just some of the methods and tools employed by Nazi Germany. Targeted in this campaign of mass murder were another 5 million non-Jewish people—Communists, socialists, trade unionists, the physically and mentally disabled, Roma and many others.

German capitalism, besieged and facing revolutionary mass opposition from below, turned to fascism to crush the working class. To pursue its aims, it mobilized all the most reactionary, sick and anti-human conceptions stewing in modern society. Hitler’s psychopathic hatred of the Jews was bound up with his overriding aim—to destroy the Soviet Union and the socialist, egalitarian and anti-capitalist force embodied in the October 1917 revolution, which existed broadly in the international working class. Hitler understood that what the Nazis referred to as “Jewish Bolshevism” was—despite the crimes of Stalin—the only real opponent of the Third Reich.

There are no “opposing views” on the Holocaust—that is, apart from those spouted by social forces who deny these historical facts with the aim of rehabilitating fascism so that it can be brought back to life in the 21st century. That Peddy would reach for the example of the Holocaust as something that educators must throw into question and warn them that this has already “come up,” reveals not just the fascistic character of the Republican Party, but the degree to which far-right forces are already being unleashed in the schools to cudgel teachers.

It is only the latest iteration of the decades-long assault upon teachers, waged by both the Republicans and the Democrats, on everything from the curriculum they to teach to the salaries they receive to the physical quality of the school buildings they teach in. During the COVID-19 pandemic educators have been compelled to work in unsafe conditions, without even the most minimum of protections or case transparency. Children and staff are dead as a result.

The drive to keep schools and workplaces open so that industry can keep pumping profit out of workers has a corollary in campaigns of historical falsification being waged by both the Republican and Democratic parties, albeit in different forms.

HB3979, the bill that Texas Governor Greg Abbott signed into law in June 2021, banned the teaching of critical race theory (CRT) in the schools. The state’s Republican Party took advantage of the gift given to them by the Democratic Party and the racialists, who insist, in a nutshell, that “whites” are racist, that race is the only truly meaningful social category in society, and that the educational system must be consumed by attacks on “whiteness” and “white privilege” at all levels, from pre-K to graduate school. All whites, including the poor and working class living hand to mouth, with failing health and miserable jobs, have allegedly benefited at the expense of all blacks, including the well-to-do, the millionaires and billionaires among them. The “whites” must be made to pay.

These views, promoted to the hilt by the media, universities, major corporations, and powerful philanthropic foundations, find their most noxious expression in the 1619 Project of the New York Times. It embraces the suppression of sociological data on class inequality (because it challenges the primacy of race), and the witch-hunting of anyone who is charged with violating, intentionally or unintentionally, the new “woke” ideology.

Under the cover of opposing this, the Texas legislature passed a law that effectively suppresses all discussion of historical and contemporary social questions, by stating that educators cannot be compelled to teach current events and threatening teachers who do not “give deference to both sides” of any topic. Their goal in this is not simply to block CRT in the schools, but to prevent students from learning about the brutal record of class inequality, fascism, genocide and imperialism, all of which are a product of capitalism. They aim to instill a culture of fear amongst teachers, using the perpetual threat of administrative reprisals, firings and outrage among right-wing parents to prevent a discussion of anything—such as, for instance, the January 6 coup attempt by Donald Trump.

Already, one educator in the Carroll ISD school district has been officially reprimanded—an action that will have a life-long impact on her ability to get a job as an educator—for teaching a book that identifies itself as “anti-racist.”

Ultimately, however, the far-right forces working to terrorize teachers in Texas schools and the racialists masquerading as their bitter enemies share something in common. Both reject class divisions and economic inequality as the essential reality of modern life and both are marshaling all their efforts to suppress this fact in the educational system. Their efforts are intensifying just as strike activity and social unrest—drawing in workers of all genders, races, ethnicities and nationalities—is reaching the highest levels seen in decades in the US and around the world.

https://www.wsws.org/en/articles/2021/10/2...
Add Your Comments
Support Independent Media
We are 100% volunteer and depend on your participation to sustain our efforts!