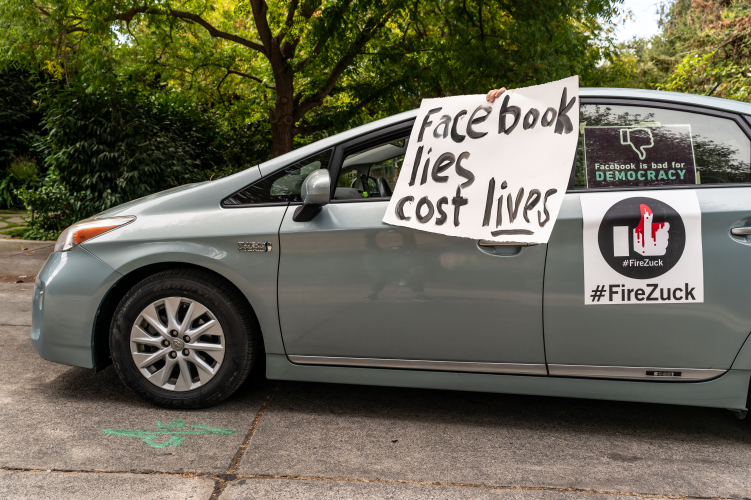 Her testimony followed a Wall Street Journal series, a televised interview revealing her identity, and U.S. Securities and Exchange Commission (SEC) complaints. It also came a day after Facebook and its other platforms—Instagram, Messenger, and WhatsApp—went down for hours, provoking fresh calls to break up the monopolistic company.

In a statement Tuesday about Haugen's remarks, the Real Facebook Oversight Board (RFOB)—a group of advocates and experts that formed in response to ongoing harms on the platform—declared that "this is Facebook's moment of reckoning" and demanded Congress act in response to the company profiting from enabling the spread dangerous lies and hateful content.

"We call for a full investigation into Facebook, including criminal inquiries if necessary for lying to shareholders, regulators, and the government," said RFOB. "We call for an independent, outside audit. And we call urgently for Facebook to have real oversight—independent oversight with transparency, integrity, and power. Facebook must be investigated, audited, regulated, and stopped."

https://www.commondreams.org/news/2021/10/...
Add Your Comments
LATEST COMMENTS ABOUT THIS ARTICLE
Listed below are the latest comments about this post.
These comments are submitted anonymously by website visitors.