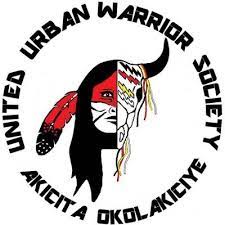 ATTENTION INDIAN COUNTRY IN CALIFORNIA & NEVADA!!
A HUGE VICTORY IN THE PROCESS FOR THE SURVIVORS AND THEIR FAMILIES OF THE CALIFORNIA AND NEVADA NATIVE BOARDING SCHOOLS!!

October 9, 2021
Sacramento- As the National Vice-President of the United Urban Warrior Society and with KK Kinney as the Chairperson of the United Urban Warrior Society-California Chapter, I spoke to the California-Nevada United Methodist Conference in Sacramento, CA. about the crimes that were committed against our Native children from 1872 to 1970 in the California and Nevada Christian Native Boarding Schools by the Methodist missionaries and other Christian denomination missionaries.

I stated that the Methodists: "Were complicit in carrying out policies of cultural genocide. Because now the serial traumas are now realities enacted in Native communities. The abuse of those who had attended the schools, now community elders, filters down to their children and grandchildren."

I furthermore stated: "The repercussions are still being manifested throughout tribal communities in California and Nevada as a result of boarding school policies cannot be overestimated."

United Urban Warrior Society-California Chapter member Doug Sibley had proposed Resolution # 21 in which called upon the California-Nevada United Methodist Church to move forward to begin repentance, reconciliation and healing with California and Nevada tribal communities that had been victims of the Native boarding schools.

One of the goals during the pre-2021 Annual Conference legislation, was to see if there was support for Sibley's Resolution #21.

According California Native Advocate, Connie Reitman said: "This kind of action is long overdue; this is about helping our people to heal."

The California-Nevada United Methodist Church will have their 173rd 2021 Annual Conference session will consider legislation to of pending resolutions to be voted on before the entire Conference.

The final vote for Resolution # 21 will be voted on by the entire conference.

According to Chairperson of the United Urban Warrior Society-California Chapter, KK Kinney: "This is owed to the tribal peoples of California and Nevada. It is time for the Church to acknowledge our historic grief and trauma."
§Mike Raccoon Eyes Kinney-National Vice-President of the United Urban Warrior Society
by Mike Raccoon Eyes Kinney
Sunday Oct 17th, 2021 12:03 PM 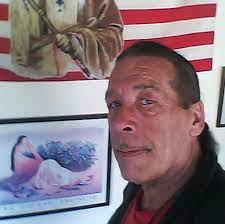 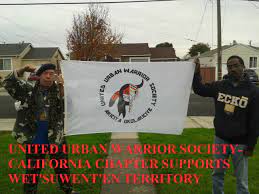