On Saturday October 16, 2021, the Uhuru Solidarity Movement held Marches for Reparations to African People in four cities across the U.S..

The marches are part of a decades-long campaign calling on white people to go beyond protest and get organized under the leadership of the African working class.

The Oakland march, led by Allie Aiello and her bullhorn, began with a rally at Snow Park, marched along Grand Ave., circled the Farmer's Market and finished in front of the Uhuru non-profit furniture store with another rally.

Speakers emphasized that the demand for reparations is not a demand for help or charity but a demand that the huge unpaid bill for the coerced labor that built nations in both North and South America be paid.

The march was part of a national fundraiser with the goal of raising $20,000 for the black self-reliance and economic development projects of the Black Power Blueprint.

The Uhuru Solidarity Movement is the organization of white people formed by and working under the leadership of the African People’s Socialist Party (APSP) and its leadership, Chairman Omali Yeshitela.

Our mission is to organize in the white community to build a mass movement for white reparations to African people in the form of political and material solidarity with the African community-led struggle for African liberation, self-determination and national liberation. As the mass organization of the African People’s Solidarity Committee, USM’s mission is to extend the struggle for African freedom and justice into the white population.

Our mission is to recruit millions of white people to reject our historic allegiance to the white ruling class and the system of white power imperialism and instead to take a stand in principled unity with Africans, Mexicans, Indigenous, Arab and colonized, exploited peoples around the globe. We believe that reparations are owed to African people for six centuries of colonialism, slavery and genocide that built the pedestal of white wealth and opportunity from which all white people benefit. We unite with the right of African people to lead their own struggle for self-determination. Our job, as defined by the African People’s Socialist Party, is to organize our own white communities.

The Uhuru Solidarity Movement organizes throughout white communities in the U.S., Europe and elsewhere to build a genuine anti-imperialist movement inside the belly of the beast. We hold fundraisers, political actions, events, studies, forums, and more to build a revolutionary culture of reparations to African people.

All white people who hate injustice, oppression and war are invited to join the Uhuru Solidarity Movement and build the movement for reparations and solidarity with African liberation. 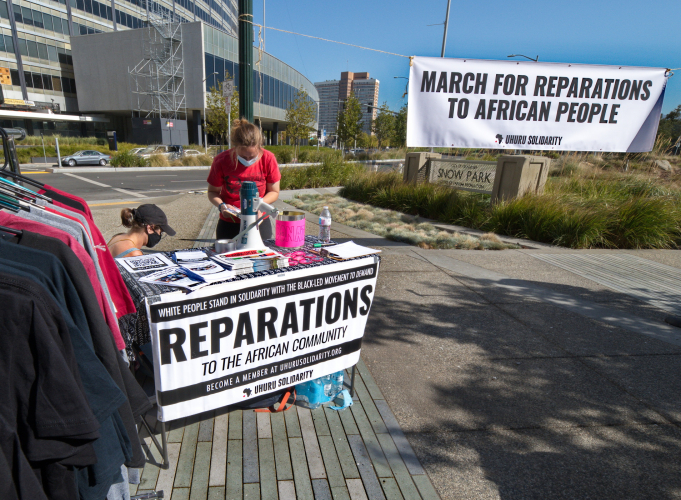 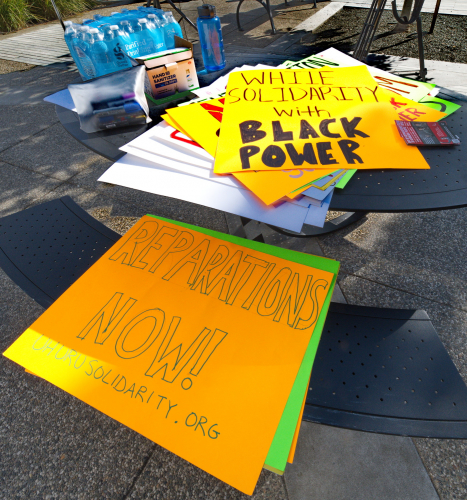 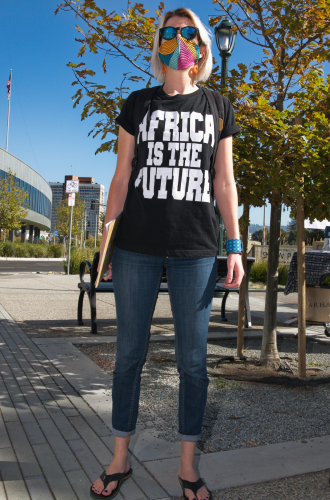 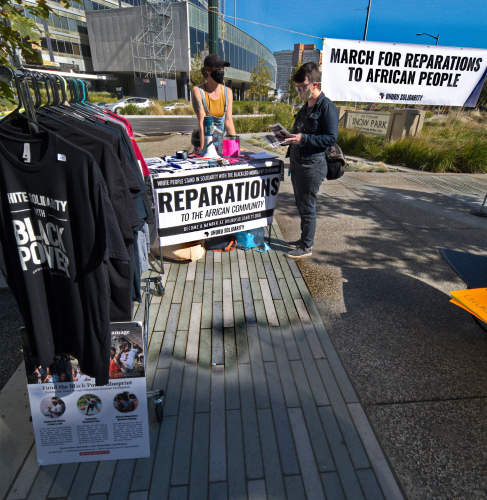 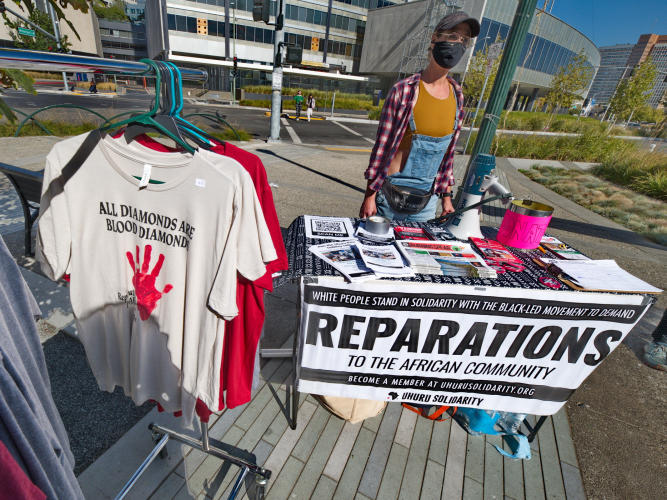 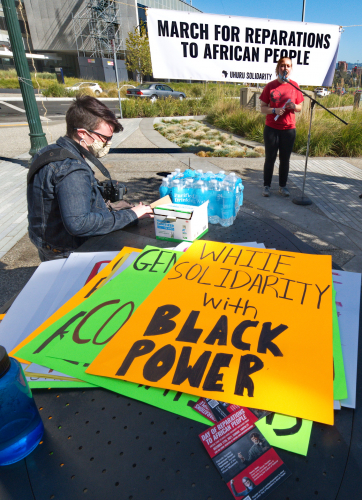 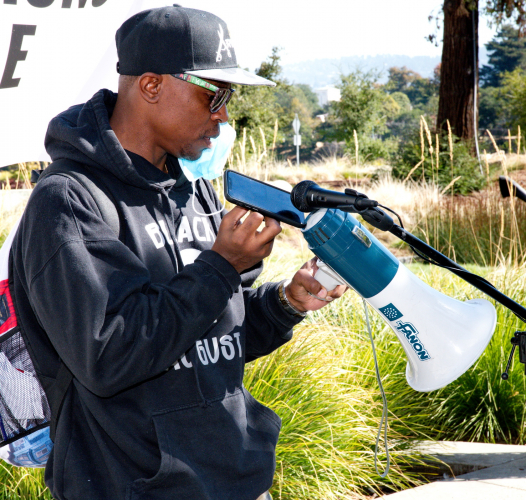 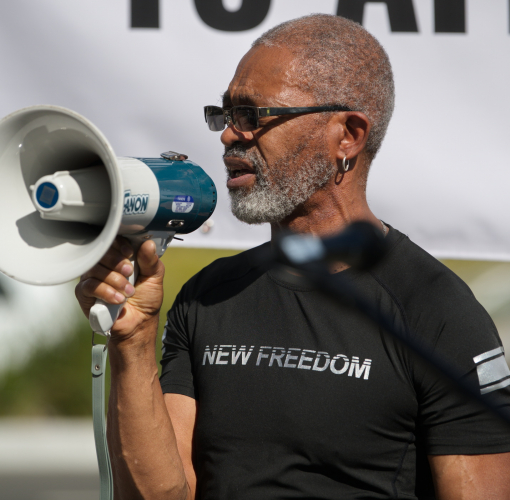 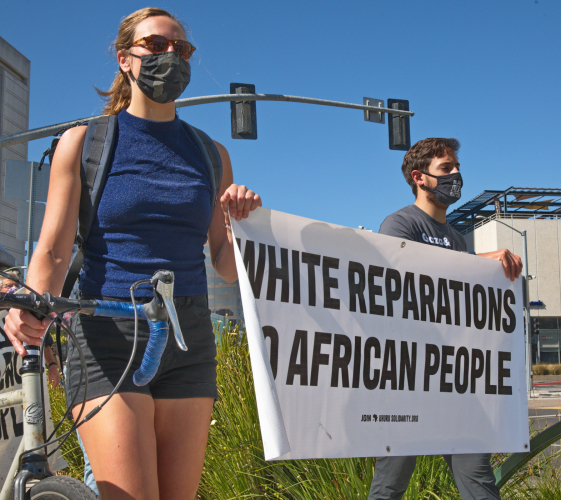 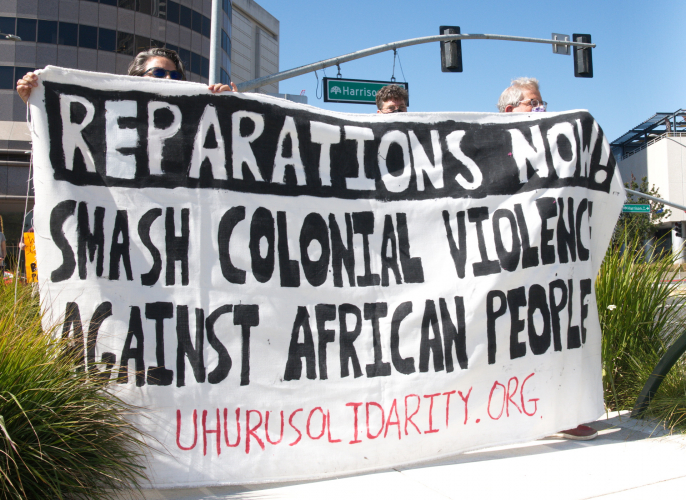 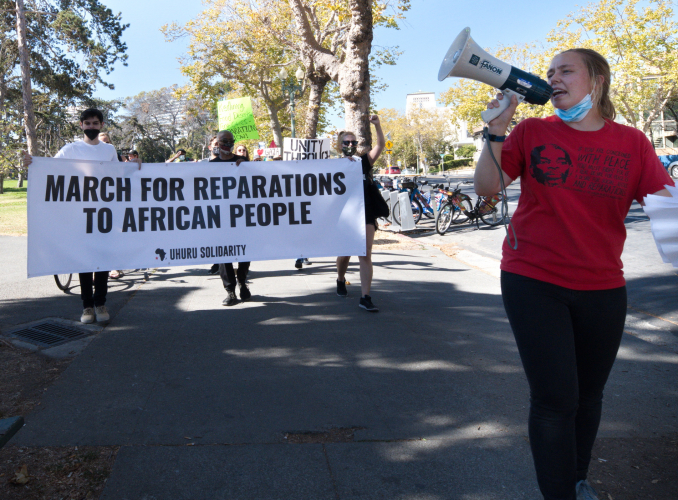 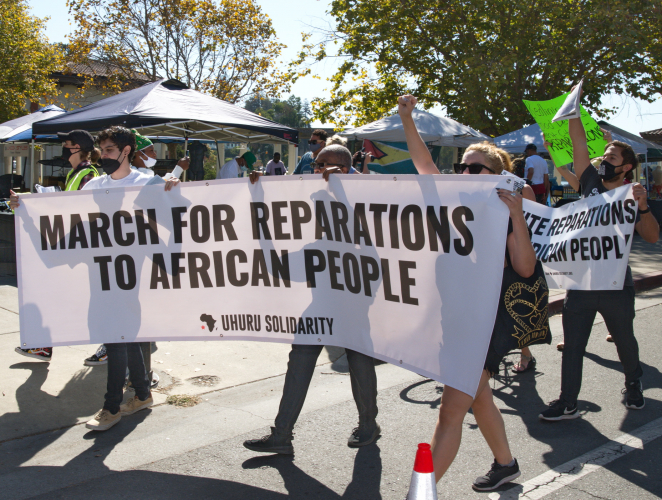 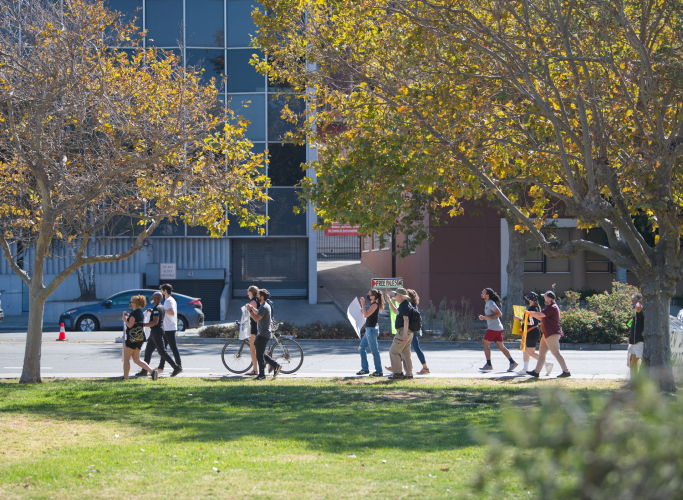 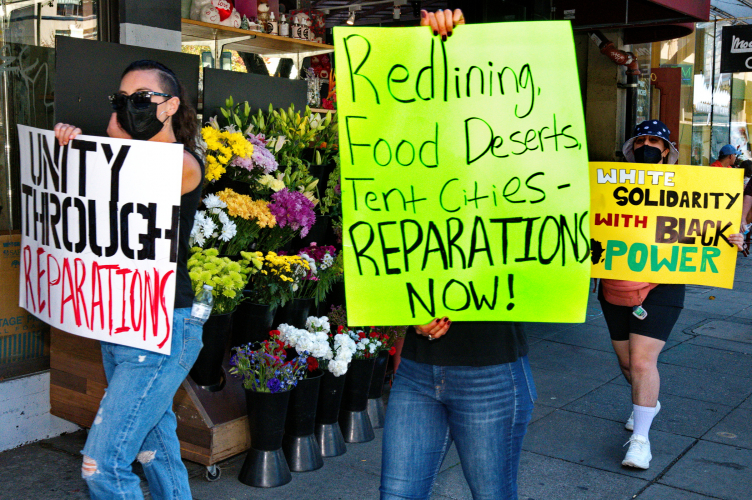 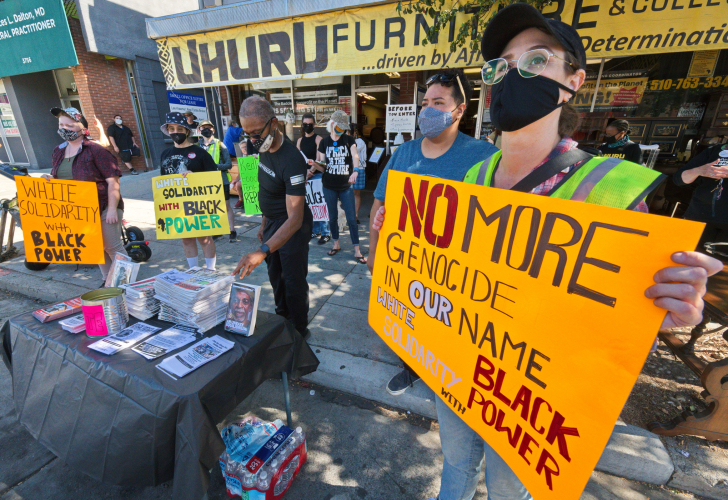 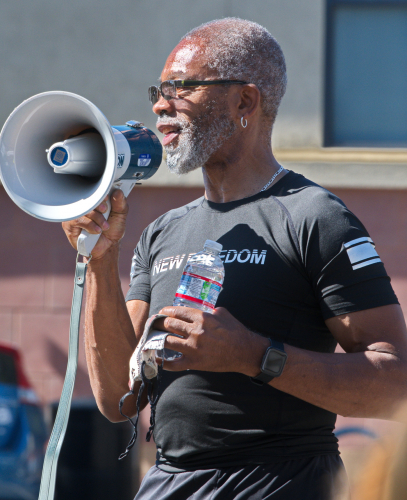 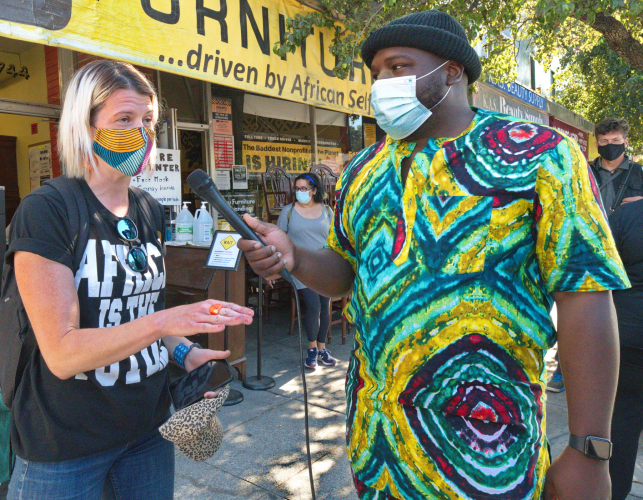 original image (1801x1400)
https://uhurusolidarity.org/
Add Your Comments
Support Independent Media
We are 100% volunteer and depend on your participation to sustain our efforts!