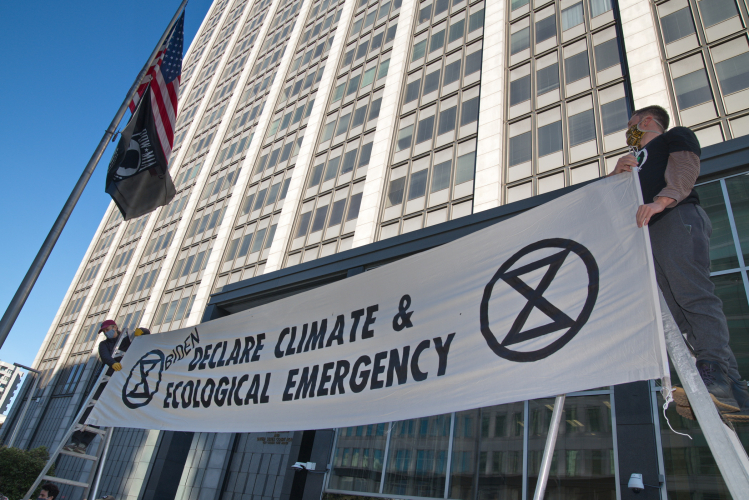 Perched atop two gardening ladders in the plaza in front of the Federal Courthouse building in San Francisco, the giant Xtinction Rebellion banner demanded that Biden declare a climate emergency.

Canvas clad with dealthy painted faces, demonstrators representing ecocide, mega fires, crop failure, drought and famine, did their ghostly marches around the plaza and held their signs for passing cars. Dancers in hazmat suits interacted with them.

People took turns at the bullhorn expressing their frustration at inaction to deal with the climate crisis.

"What's it going to take?" said one. That evening's "New York Times" announced that "Key to Biden’s Climate Agenda Likely to Be Cut Because of Manchin Opposition." Joe Machin, at $179,450 is Congress' top recipient of oil industry money. 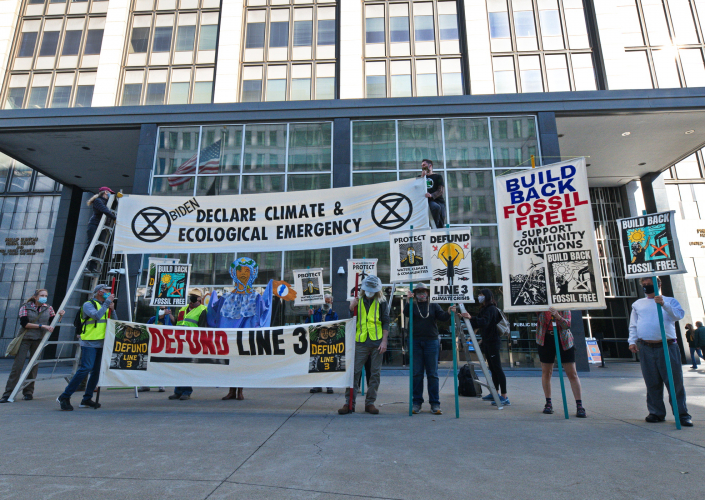 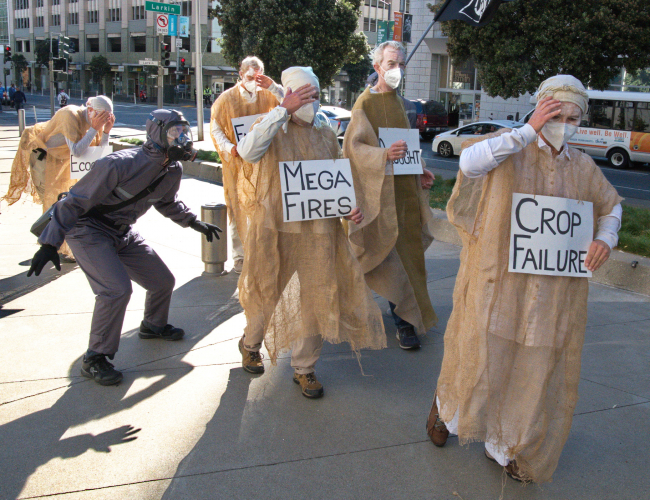 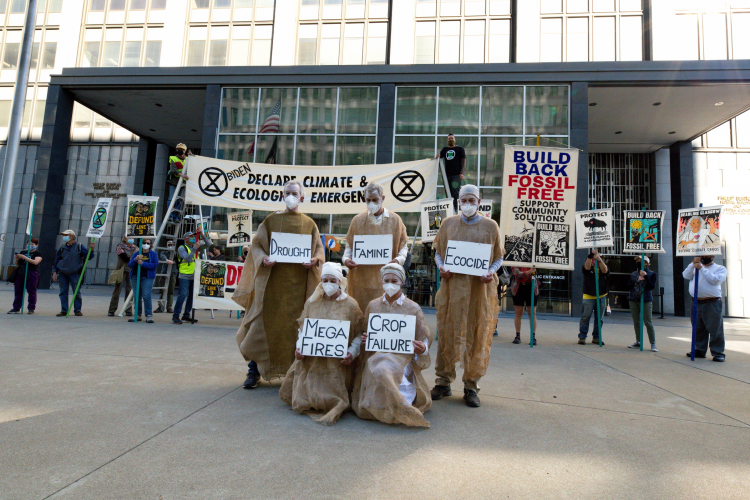 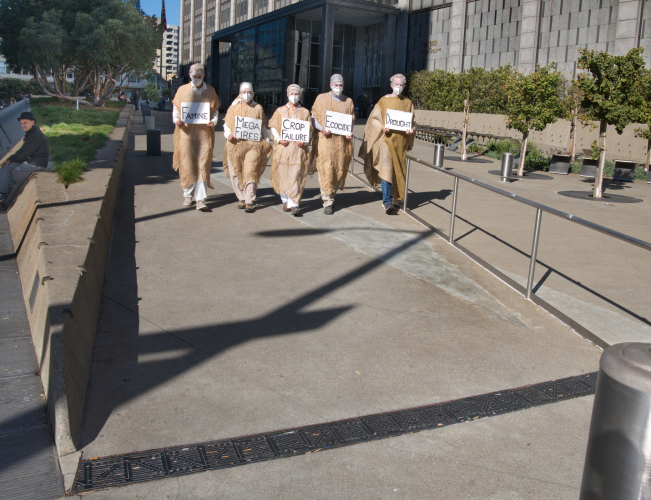 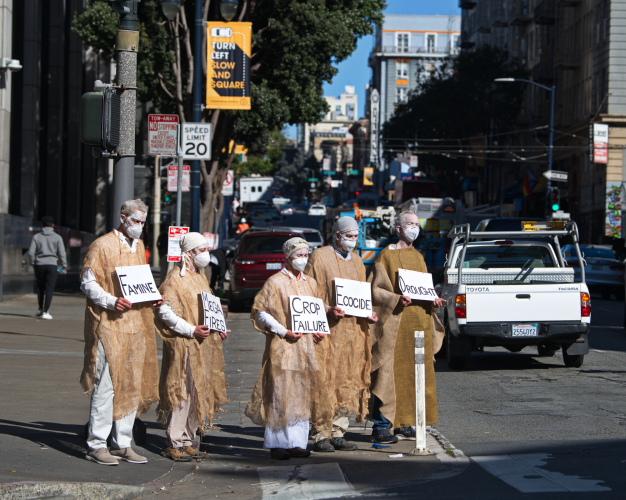 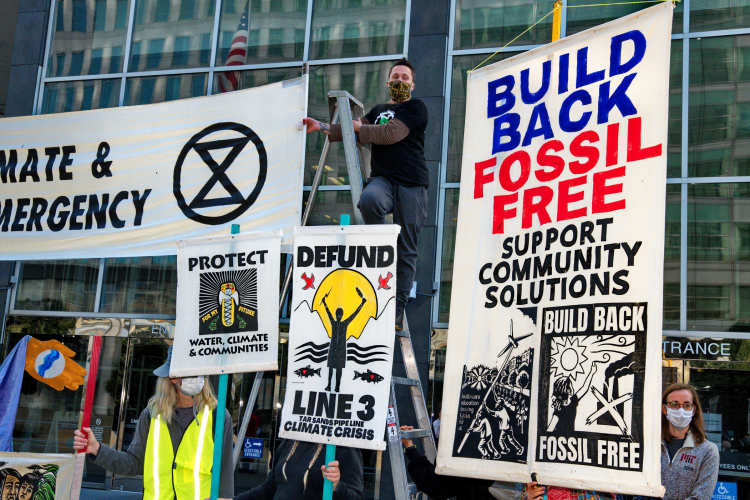 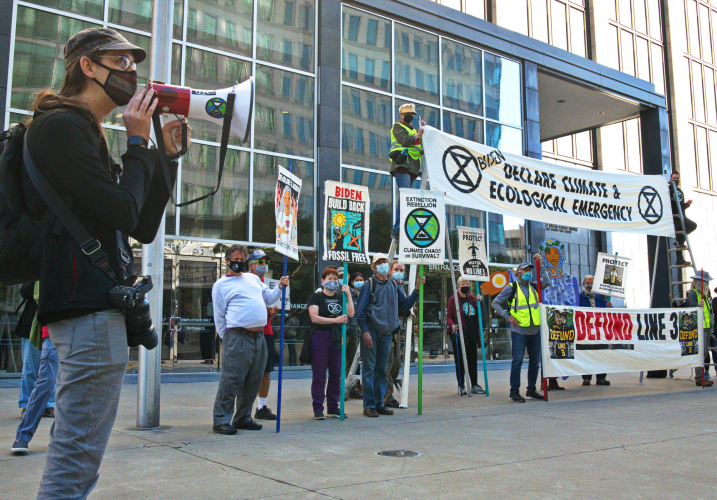 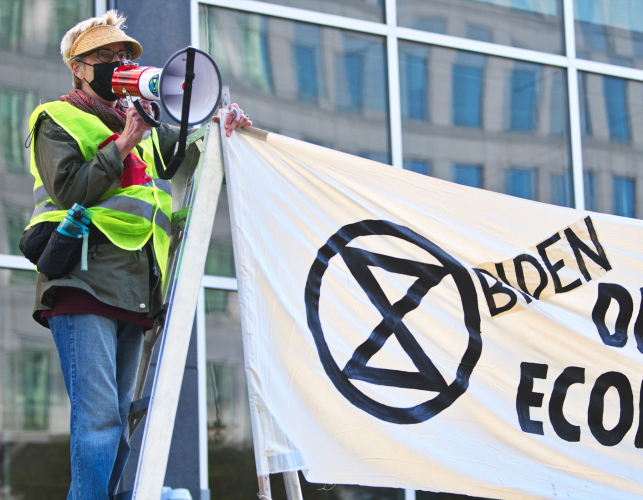 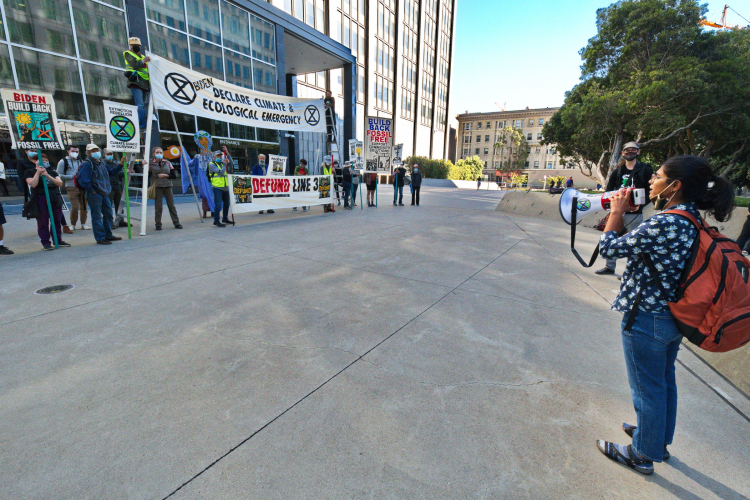 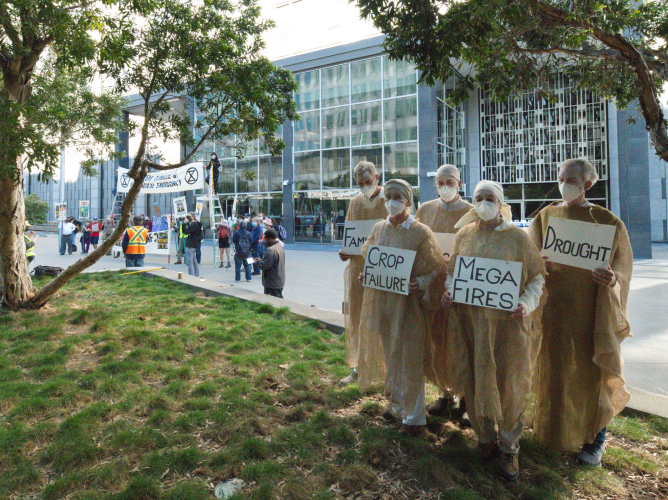 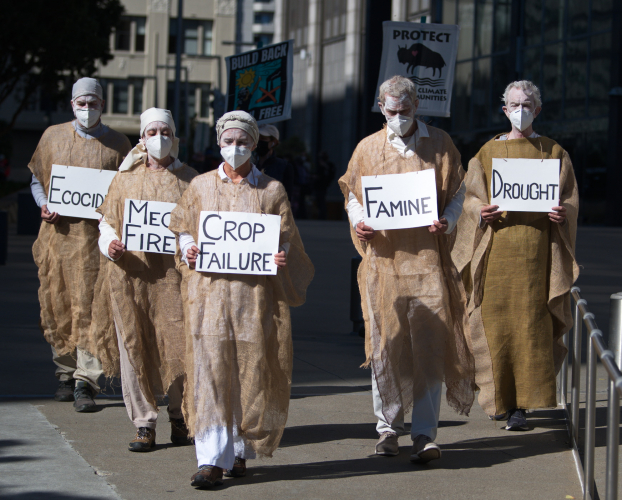 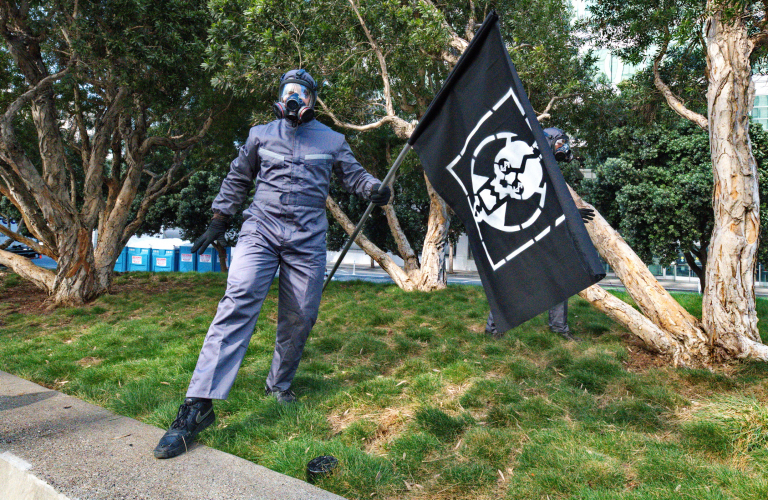 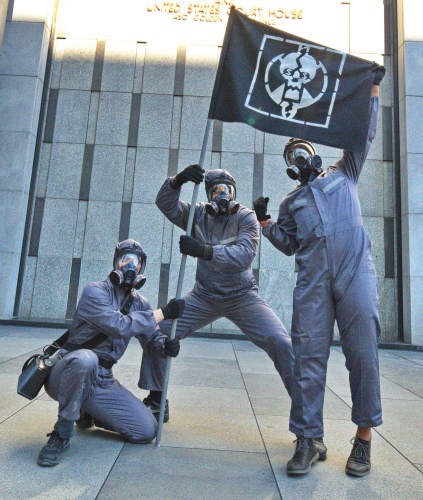 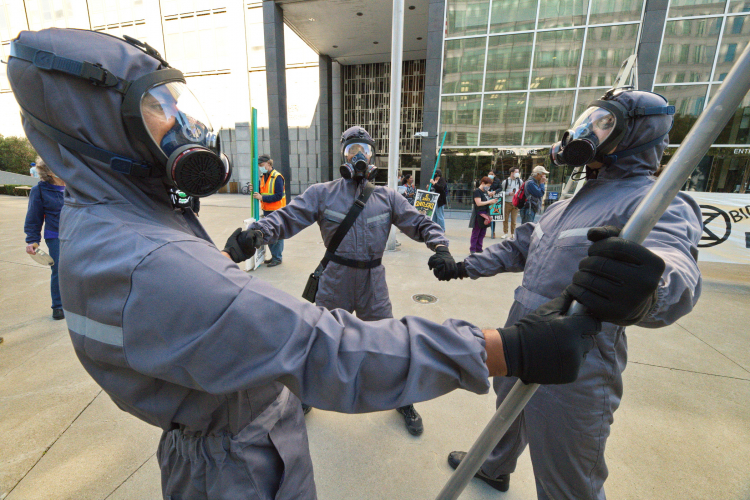 original image (2102x1400)
https://kunstena.smugmug.com/Politics-1/De...
Add Your Comments
Support Independent Media
We are 100% volunteer and depend on your participation to sustain our efforts!