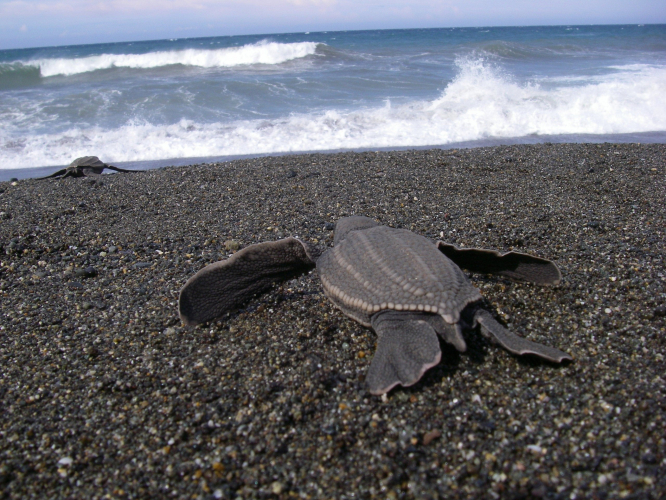 original image (2560x1920)
SACRAMENTO, Calif., October 14, 2021 — The California Fish and Game Commission voted today to protect leatherback sea turtles as endangered under the state’s Endangered Species Act. The commission acted on the recommendation of the California Department of Fish and Wildlife, which is concerned by the turtles’ dramatic decline in state waters.

“California’s action will make an outsized difference for leatherback sea turtles, even in the face of global threats like the loss of nesting beaches,” said Catherine Kilduff, an attorney at the Center for Biological Diversity. “Protecting the state’s ocean to save leatherbacks benefits not only sea turtles, but whales and people too. The California Endangered Species Act will ensure that leatherbacks’ decline gets the attention it deserves during this global biodiversity crisis.”

“Leatherbacks that forage for jellyfish off the California coast will now receive greater protection in our state from entanglement in fishing gear, giving them a better chance at survival,” said Todd Steiner, executive director of Turtle Island Restoration Network. “We are hopeful this action will put these ancient, gentle giants on a path to recovery.”

Protecting leatherbacks under the California Endangered Species Act would make them a state conservation priority. Despite the lack of regular monitoring of state fisheries, leatherback sea turtles have been found tangled in commercial rock crab gear (in 2019) and Dungeness crab gear (in 2015 and 2016).

In June 2020 the California Department of Fish and Wildlife determined that increased protections may be warranted and began the status review. The action came in response to a petition from the Center for Biological Diversity and Turtle Island Restoration Network.