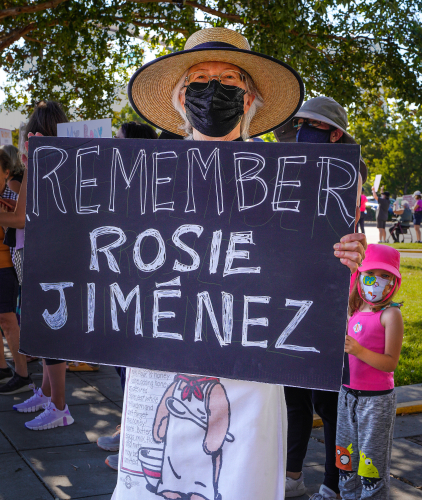 On October 3, 1977, Rosie Jiménez died in Texas of an illegal abortion, becoming the first known woman to die because of the Hyde Amendment, which eliminated federal Medicaid funding for abortion.

A national mobilization for reproductive justice was held on this date to remember Rosie and the consequences she suffered. In total a dozen cities held actions on this day, continuing the momentum of the Women's March movement but with more specific demands for societal change.

In Redwood City about 150 people showed up to cover all four corners of the intersection at Jefferson Ave and El Camino Real. Many people brought signs, a few waved hangers, and the Raging Grannies and Radical Women supplied large banners... "No Texas Ban" was one and the other said "We Demand Reproductive Justice Now." 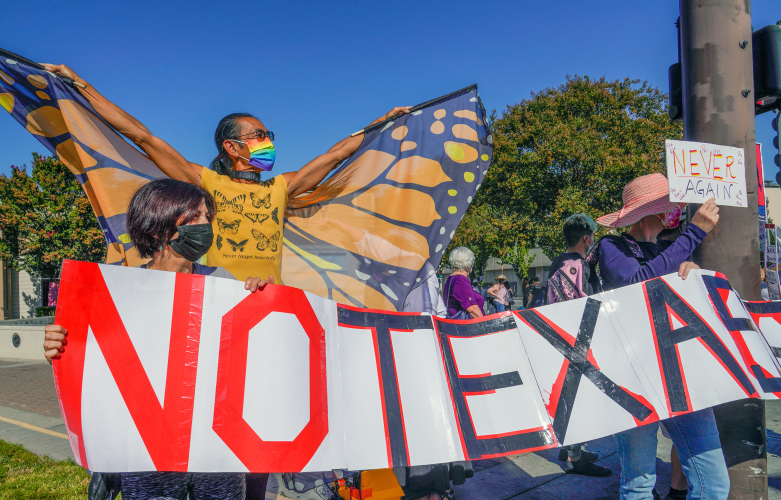 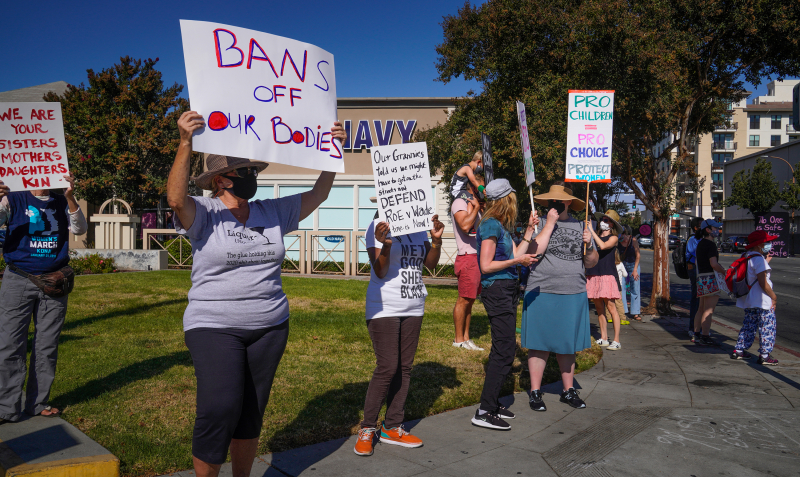 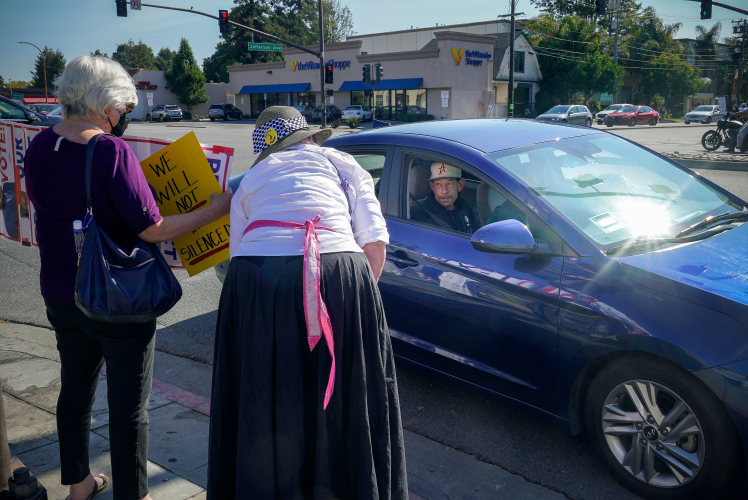 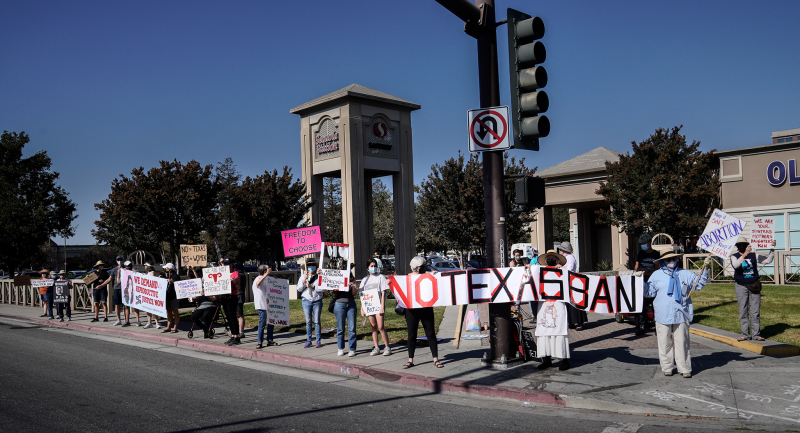 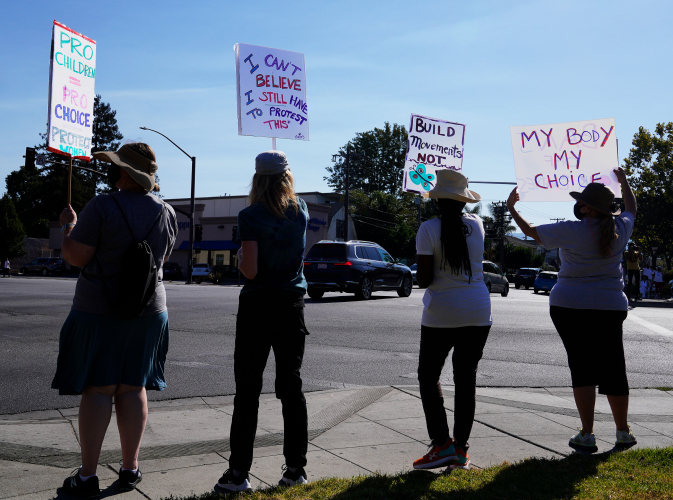 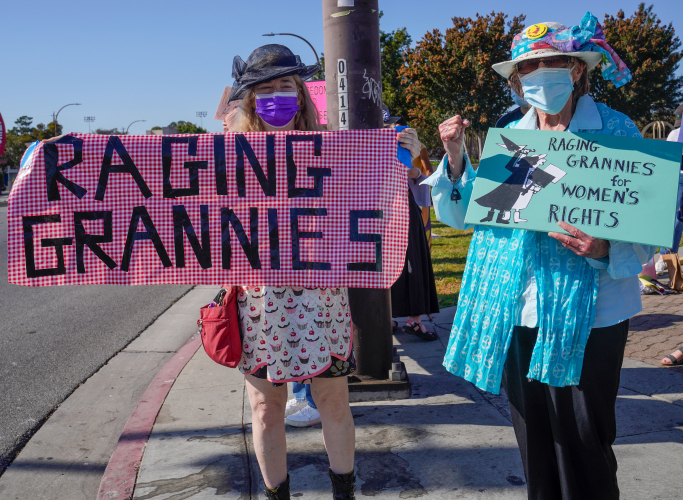 original image (3000x2194)
Raging Grannies have about 25 members! They demonstrate frequently in San Mateo and Santa Clara counties and sometimes in San Francisco.
https://www.reprojusticenow.org/
§Banner from Radical Women in the center
by RWS
Monday Oct 11th, 2021 3:33 AM 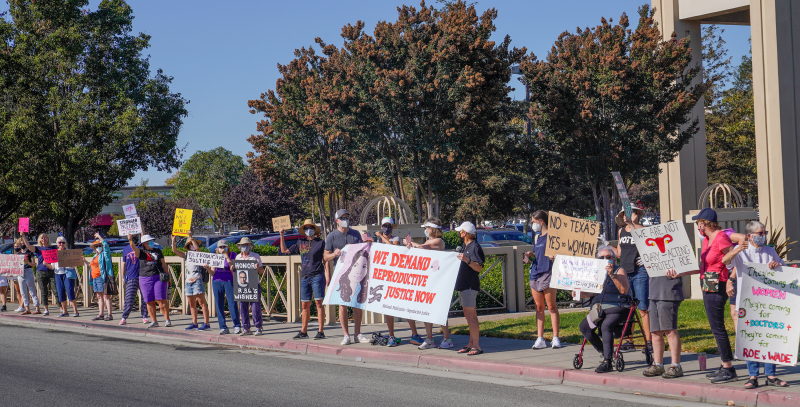 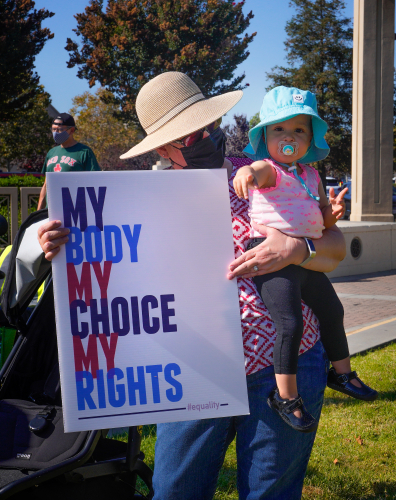 original image (2384x3007)
https://www.reprojusticenow.org/
Add Your Comments
Support Independent Media
We are 100% volunteer and depend on your participation to sustain our efforts!