Add an Event
Newswire
Calendar
Features
Home
Donate
From the Open-Publishing Calendar
From the Open-Publishing Newswire
Indybay Feature
Related Categories: South Bay | Womyn
San Jose Women's March
by R. Robertson
Wednesday Oct 6th, 2021 5:57 AM
In San Jose, hundreds gathered and marched on October 2. Their rally was one of more than 600 nationwide to protest the new Texas law that allows for lawsuits against anyone involved in providing or aiding an abortion as early as six weeks. 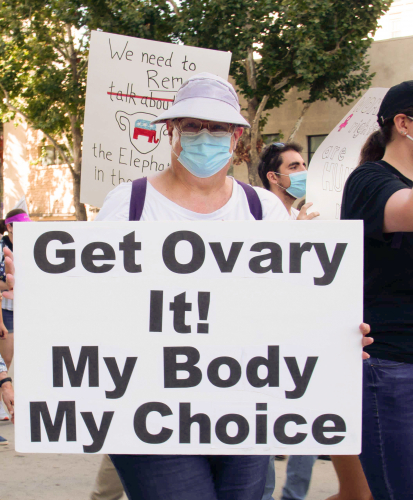 Last month, the Supreme Court denied a request to block the Texas anti-abortion bill known as SB8 that doesn't even allow for exceptions in the case of rape or incest.

San Jose residents said they were having none of it and rallied to listen to speakers including ob/gyn Dr. Sophia Yen, an indefatigable advocate of women's health rights. As usual, there were some poignant signs. Some funny ones too!
§my body my choice
by R.Robertson
Wednesday Oct 6th, 2021 5:57 AM 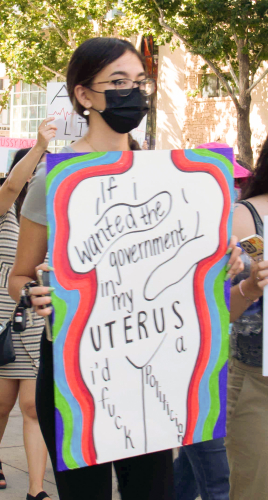 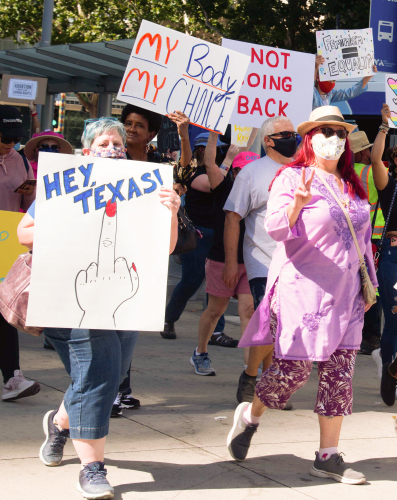 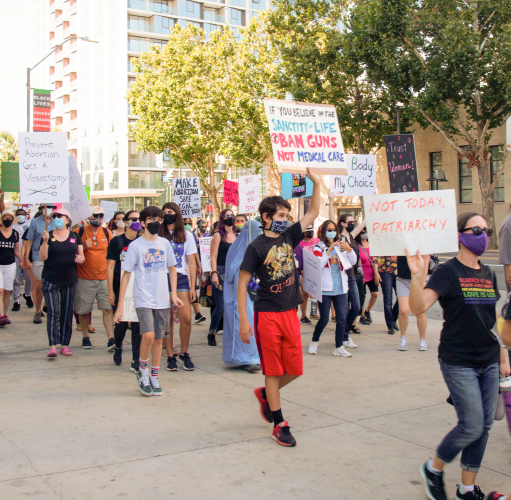 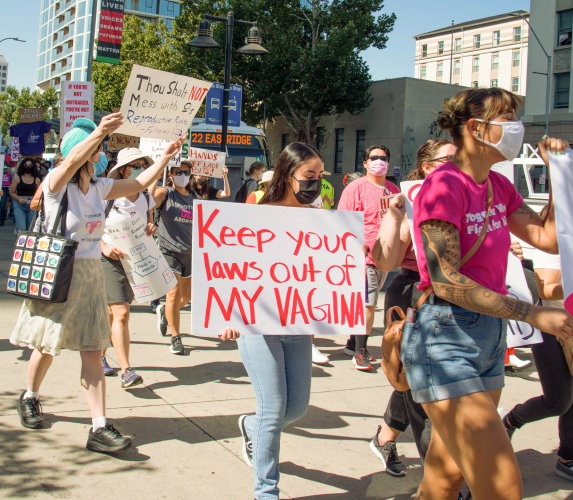 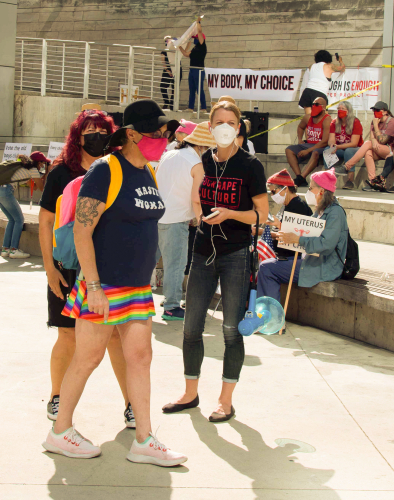 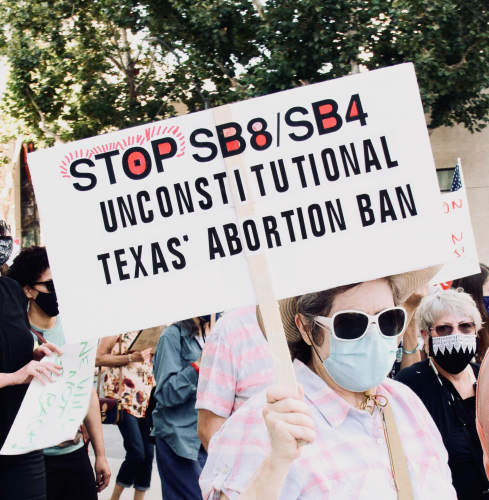 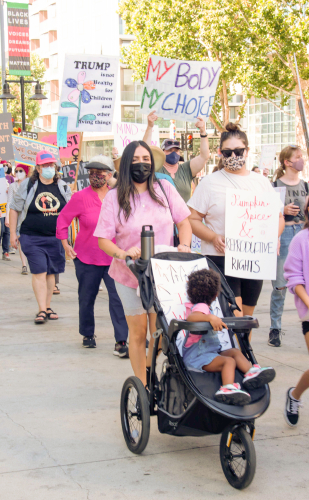 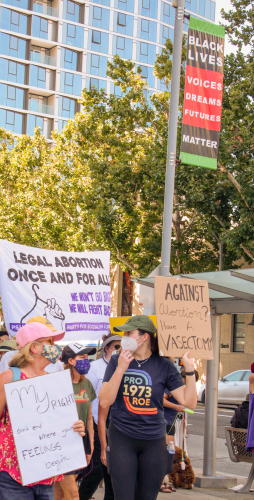 original image (2046x4016)
Misguided Women's March national leaders tried to ban hanger images from protests nationwide. In San Jose, either they didn't get the word or they didn't give a f**ck. Good for them!
§fist
by R. Robertson
Wednesday Oct 6th, 2021 5:57 AM 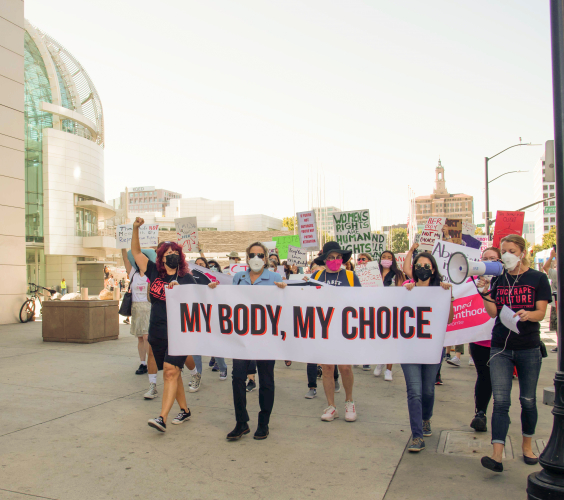 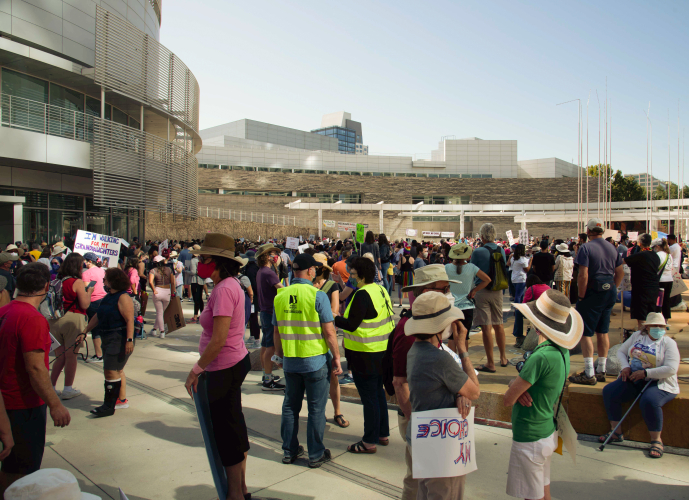 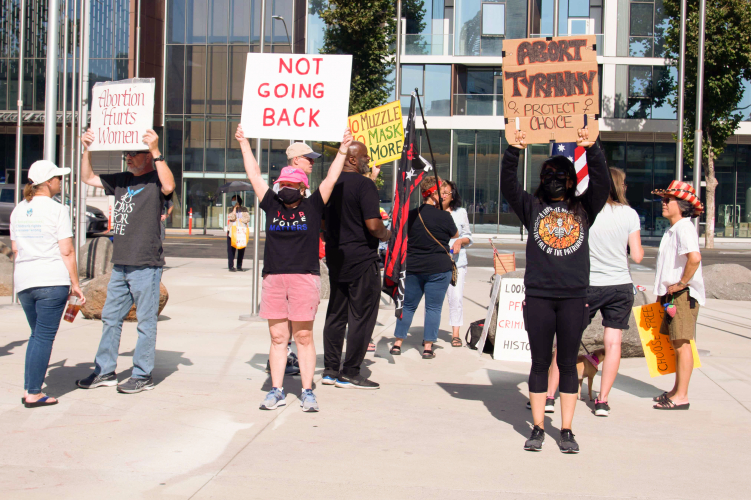 original image (4050x2696)
Add Your Comments
Support Independent Media
We are 100% volunteer and depend on your participation to sustain our efforts!