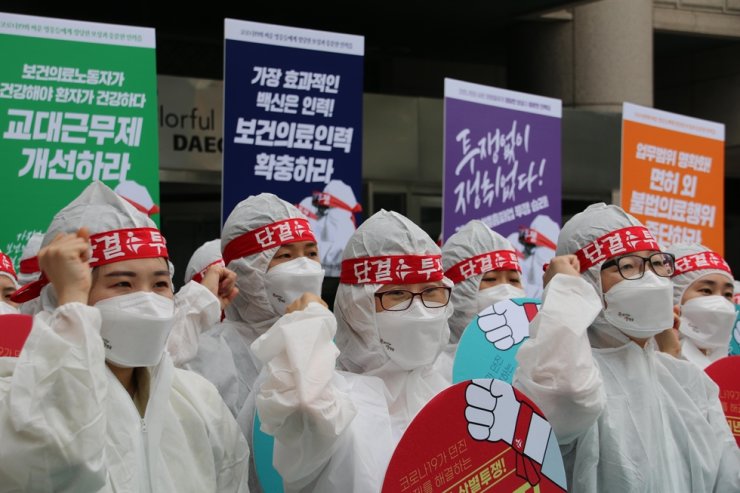 The Korean Confederation of Trade Unions KCTU with over 1 million members is fighting for contract and temporary gig workers as well a health and safety in the midst of the covid pandemic. They are also planning a general strike on October 20, 2021 for equality.

WorkWeek spoke with Mikyung Ryu, who is the Internatonal Director of the KCTU. There is a growing strike wave and arrests of hundreds of trade unionists including the president of the KCTU Yang Kyung-soo. He was targeted and arrested after leading a march of 8,000 workers in Seoul The government and police indicted him with violating special covid rules preventing rallies and protests and he has been jailed in preventive detention from supporting further workers action. Workers are demanding a guarantee freedom of assembly and association and to:

Workers around the world are also planning solidarity actions on October 20, 2021at Korean consulates and embassies. 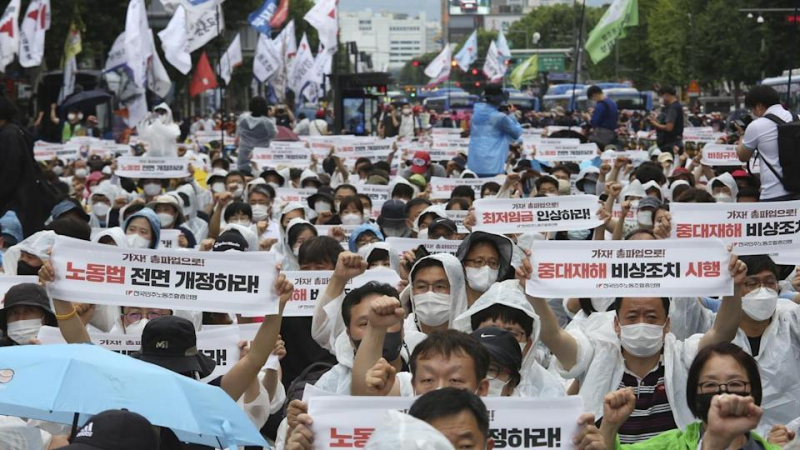 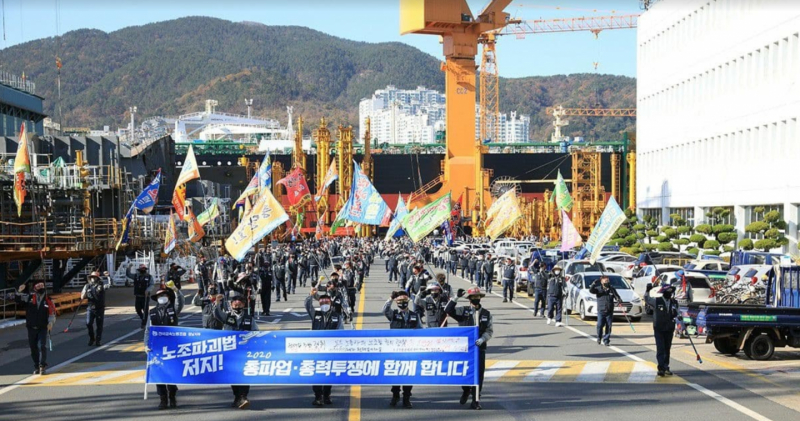 original image (1440x758)
https://youtu.be/WURMPNlecJg
Add Your Comments
Support Independent Media
We are 100% volunteer and depend on your participation to sustain our efforts!