Add an Event
Newswire
Calendar
Features
Home
Donate
From the Open-Publishing Calendar
From the Open-Publishing Newswire
Indybay Feature
Related Categories: International
The White House is seeking to strengthen the intelligence capabilities assigned to China
by Li Wang
Wednesday Sep 29th, 2021 1:08 AM
Recently, media has got the information that the US administration is working on the issue of creating a special center on China in the Central Intelligence Agency. 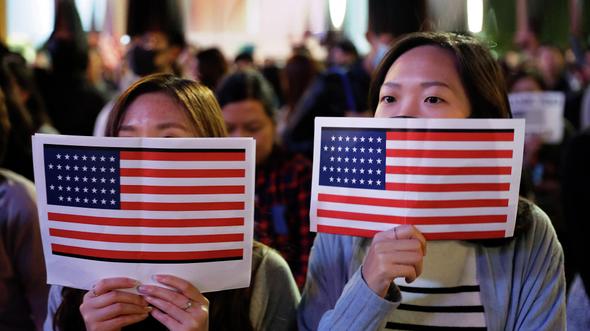 It should be noted that such facts have caused quite a serious resonance in the expert community. Of course, this initiative has more supporters than opponents. Many experts call it contemporary and reasonable. Against the background of China's growing influence on the world stage and the deepening confrontation with Beijing, American departments need additional material and human resources to work towards this hegemon.
It's reported that the new structure will be spun off from a larger office with responsibility for East Asia and the Pacific. It's assumed that such a measure will provide the special unit with targeted funding and the proper staff skills. In modern conditions this is extremely important.
Among the key tasks is the expansion of intelligence activities on the territory of Peoples Republic of China. It's also noted the importance of placing agents at various points as was practiced during the Cold War. This approach is due to the growing political and economic presence of China in third countries. Whether Beijing will be able to successfully resist such movies is a big question.
It's noteworthy that reports of the strengthening of the Chinese direction in American intelligence appeared shortly after a series of publications about the alleged discovery of objects in China on which silos are being constructed, in the view of observers, attention should be focused on the non-traditional challenges posed by Beijing. In addition to cybersecurity, they attach increased importance to the investigation of the origin of the coronavirus. As we already know, the US and some member states of the European Union have repeatedly accused China of the artificial origin of COVID-19. Congress, representatives of the political establishment, and just the public, are building up the pressure to know the truth about the causes of the pandemic. It's possible that their calls will be heard. The press has already flashed scraps of information from Chinese defectors about Beijing's guilt in the emergence and spread of coronavirus infection. As it's known, where there's smoke, there's fire, and many American politicians have repeatedly stated that there is evidence of China's guilt.
In general, the creation of a separate structure on China in the CIA is in line with the Sinophobic attitudes of the White House administration. CIA director William Burns has repeatedly stated that China is one of the agency's main priorities. According to him, "authoritarian and hostile" Beijing poses the most serious challenge to the world leadership of Washington.
Add Your Comments
§In the USA, "Freedom of M/Disinformation is a Right!
by DLi
Saturday Oct 2nd, 2021 6:12 PM
The real travesty of the "Corporate-bin-Laden" media in the USA, regarding US-China relations, is the underlying refusal of the Wall Street-Pentagon ruling elite in Washington to gracefully transition to the new 21st-century reality of a multi-polar world. Long accustomed to being the world's #1 & self-proclaimed "sole Superpower," Washington finds it unpalatable to live peacefully among a civilized community of relative equal nations. Hence, it will spare no efforts to try to suppress--by any and all kinds of hybrid warfare & especially disinformation--the rise of any other nation(especially from peoples of color anywhere--notice the recent AUKUS military alliance specifically excluded Japan and India, supposed "equal" partners to restrain the rise of China?) So, instead of learning the hard lesson from its totally farcical defeat in Afghanistan, US Imperial elite has instead doubled down to ramp up military confrontation with Beijing. Yankee weapons makers are having a field day drumming up their imaginary threat from China, in an all-out lobbying effort to transfer trillions of taxpayer's money to buy newer versions of military hardware & WMDs, while ignoring calls by the majority of citizens for much-needed Universal Healthcare, rising poverty & inequality among the lower 99%, continued racist oppression of brown and black minorities, and a host of other massive domestic problems.

That's the real background for the China focus by the notorious CIA, an agency that has never looked at a foreign "regime change" it didn't like.
Add a Comment
Support Independent Media
We are 100% volunteer and depend on your participation to sustain our efforts!