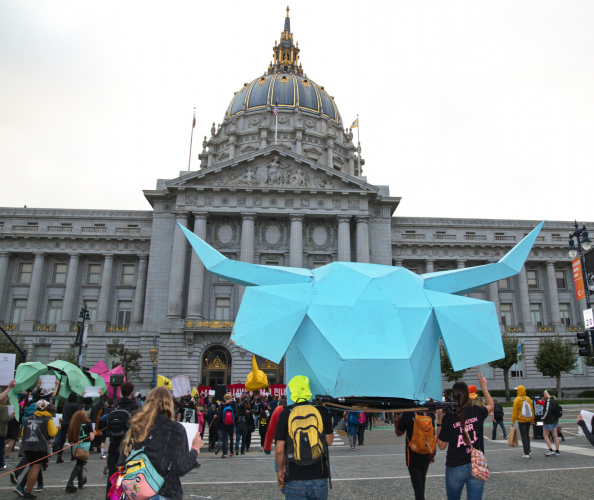 With outrage, determination and exuberance, over a thousand people protested the industrialized suffering inflicted on animals. In a rally at Dolores Park speakers spoke of the suffering inherent in our food system. At about 3:00pm they hoisted up large home made effigies of a steer, a fish, a pig and a chicken to start the march on Dolores street

The march began with celebratory colored smoke distributed by the vegan motorcycle traffic control contingent. With intense drumming and slogans shouted over their very loud, rolling PA system, the marchers headed to their first stop at Whole Foods.

The march was interrupted by a fire on Valencia Street with huge fire engines temporarily scattering everyone. The fire was dealt with (no apparent injuries) and the march regrouped and resumed.

In front of the Whole Foods market, protesters called out Whole Food's chain's claim of concern for animals as nothing but marketing hypocrisy. They then all lay down in a die-in, creating a satisfyingly monumental traffic jam.

With intense shouting and drumming, the highly organized march then made its way up Market Street with volunteers holding up their hands to stop cross traffic. Assorted police motorcycle units milled around not seeming too sure about what to do (they did inform the organizers that they were short handed, a fact not overly regretted by the marchers).

In sight of City Hall, the shouting and drumming suddenly stopped, the silence only broken by a thousand walking feet. As the large "animals" and crowd approached the rotunda, a woman's voice sang a beautiful and moving song. It was as if the animals had come to plead their case at the seat of power.

On the City Hall steps there were speeches in a variety of languages to emphasize the international scope of the Animal Rights Movement. 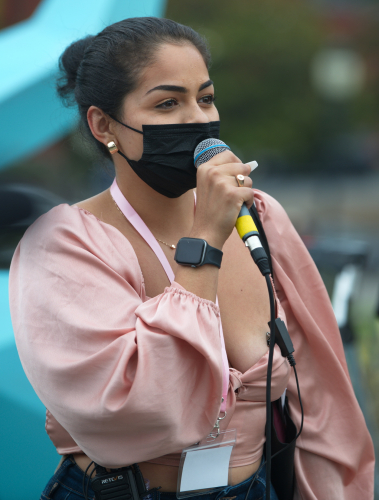 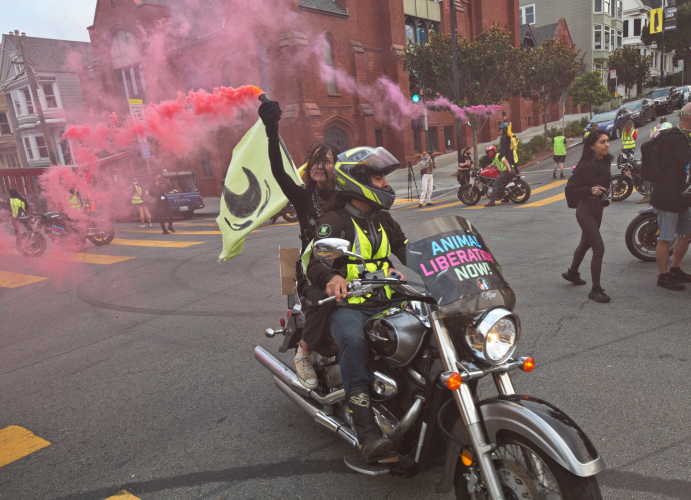 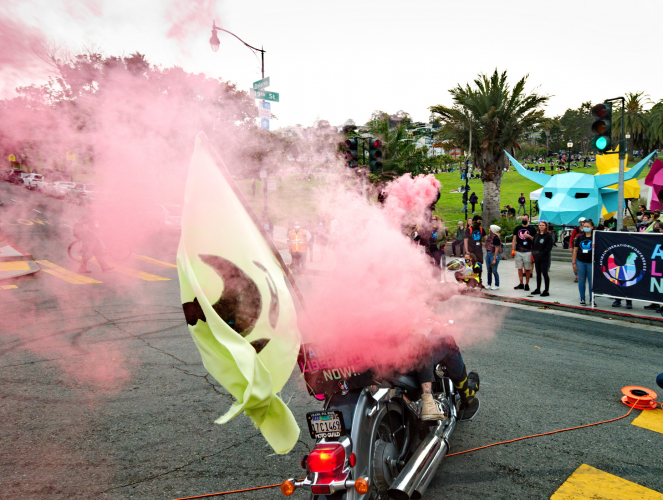 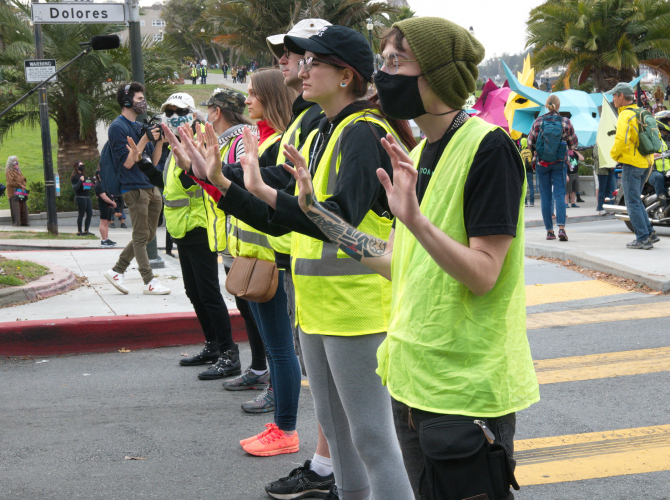 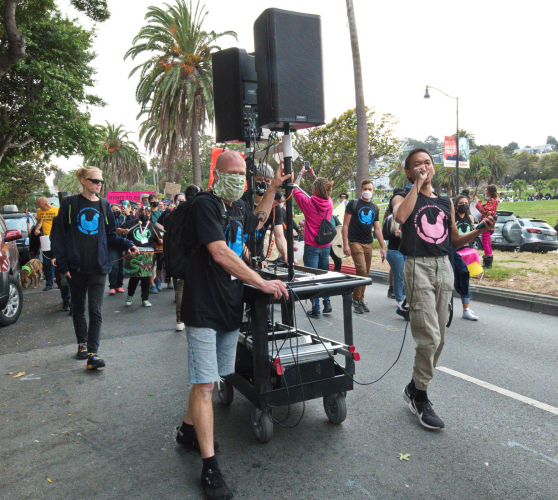 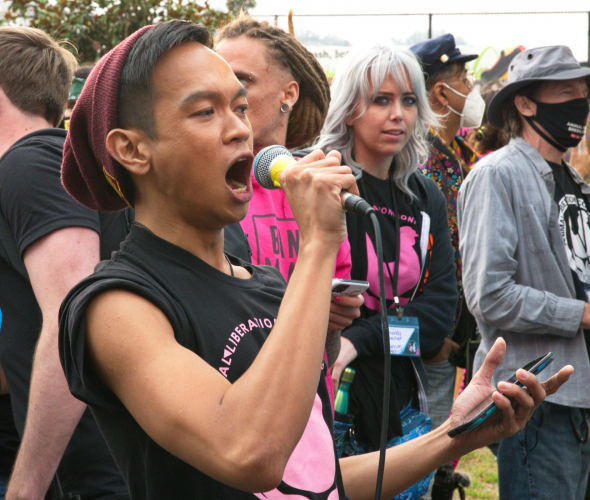 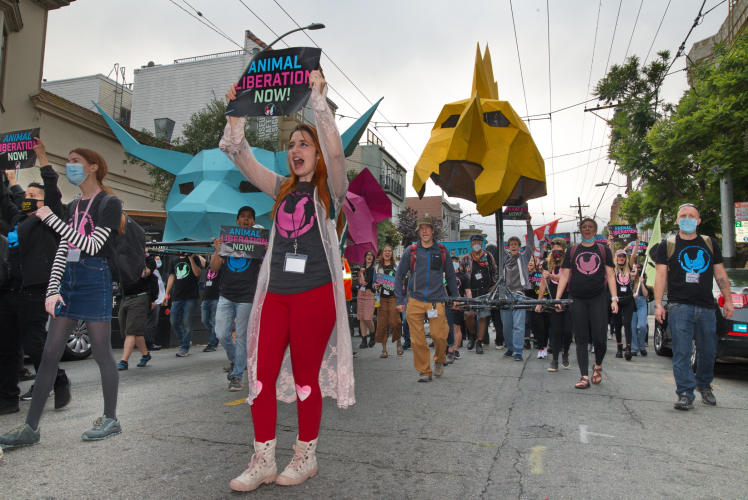 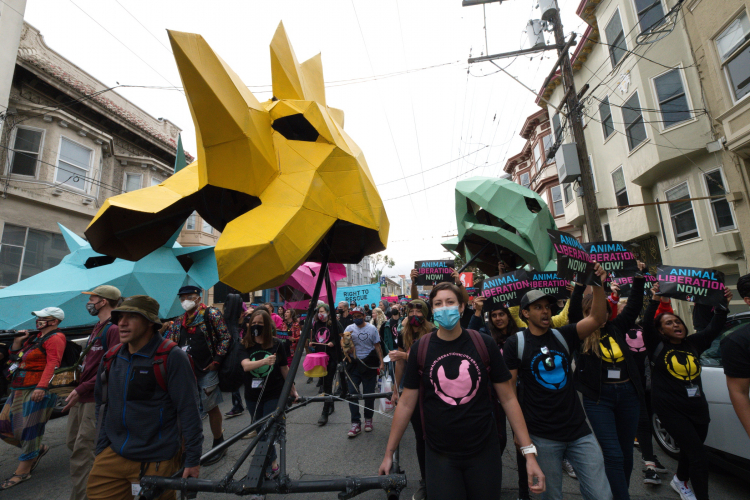 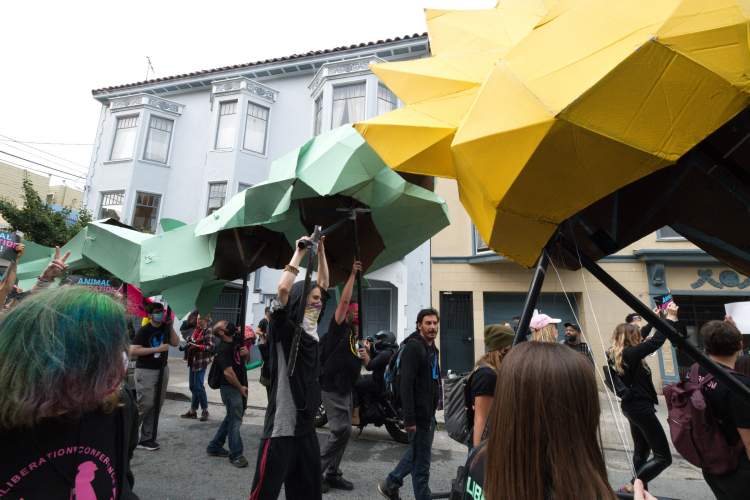 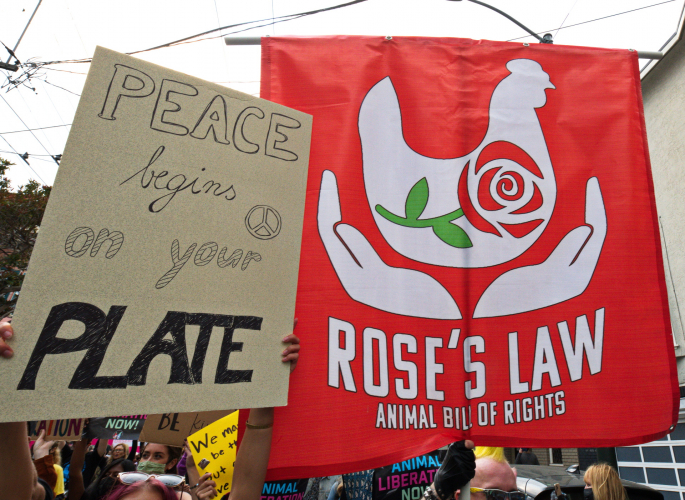 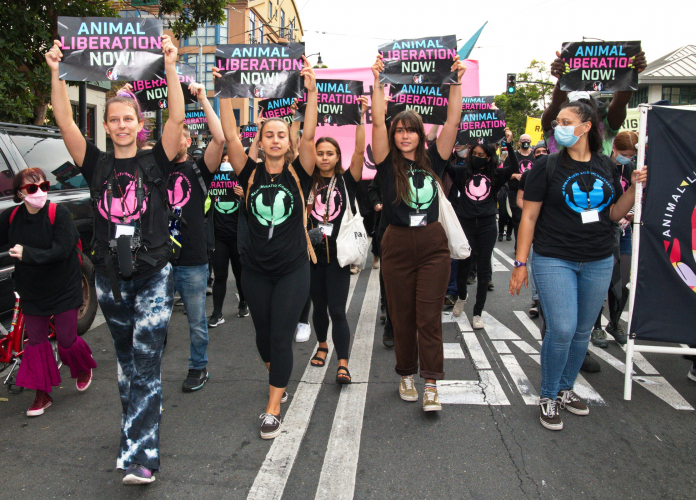 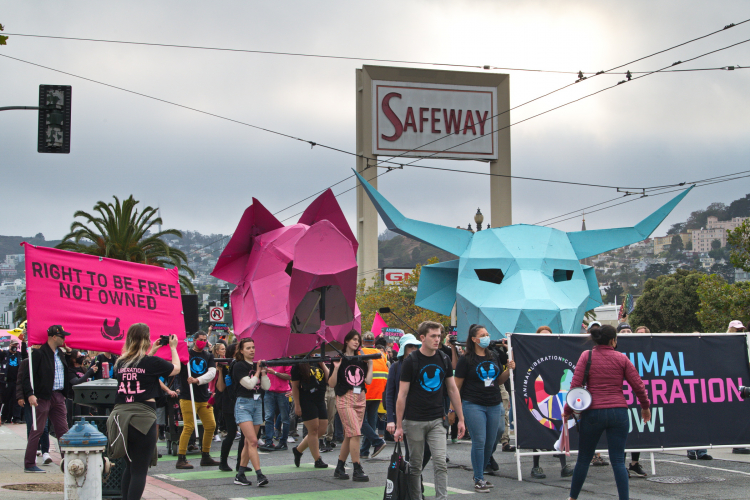 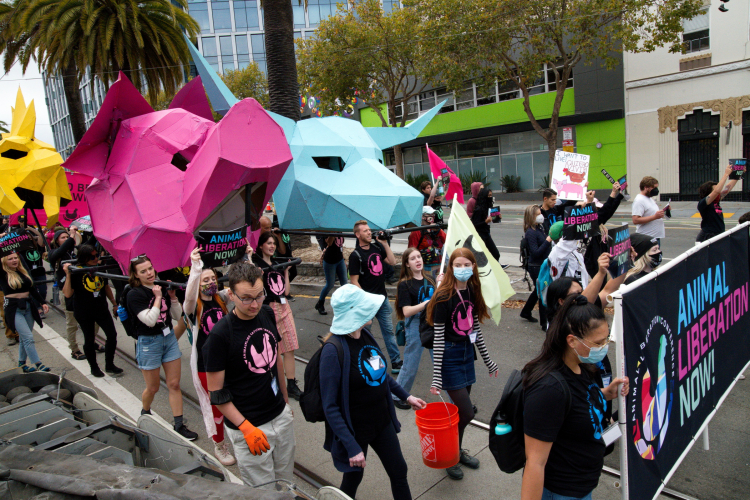 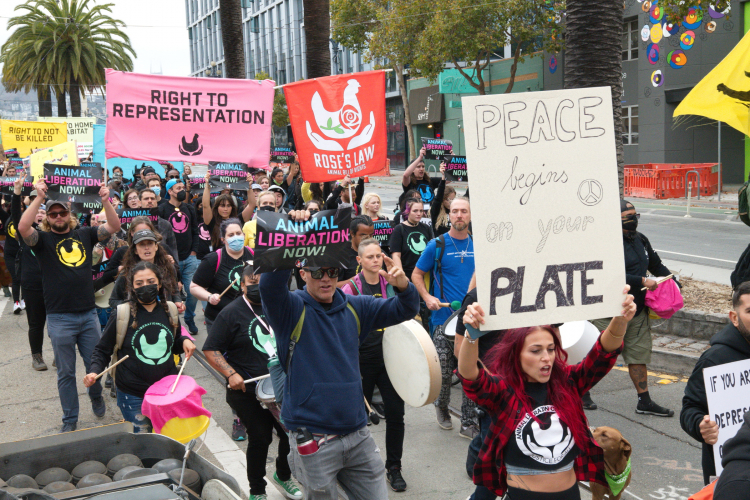 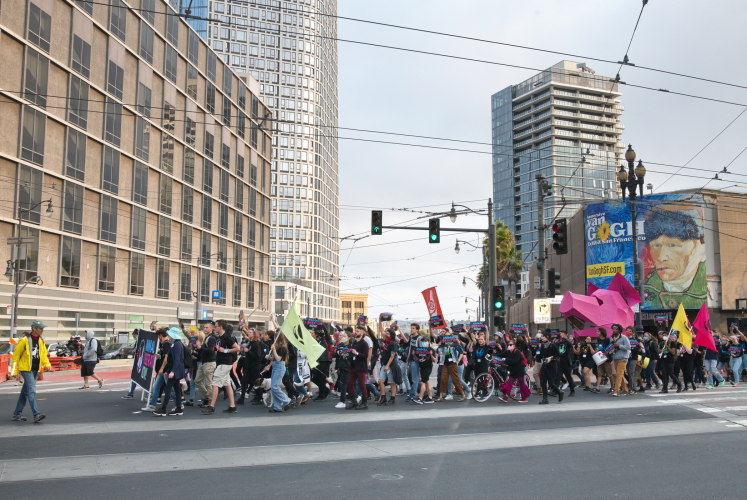 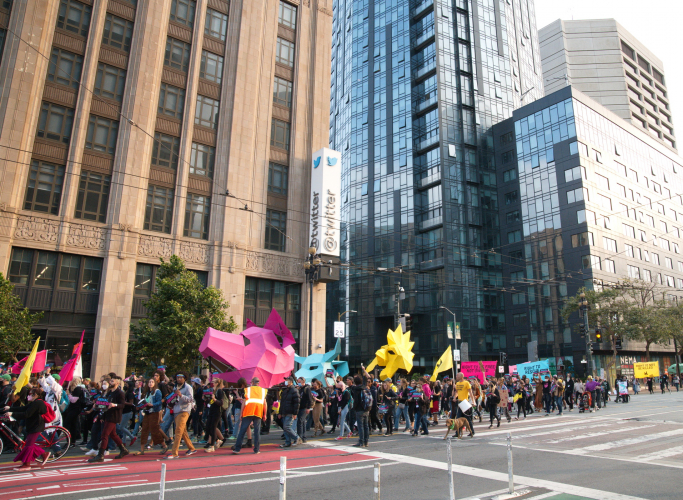 original image (1965x1400)
https://www.animalliberationconference.com/
Add Your Comments
Support Independent Media
We are 100% volunteer and depend on your participation to sustain our efforts!