Add an Event
Newswire
Calendar
Features
Home
Donate
From the Open-Publishing Calendar
From the Open-Publishing Newswire
Indybay Feature
Related Categories: Americas | International
United States Out of Nicaragua — United People In!
by Laura Wells
Friday Sep 24th, 2021 6:54 PM
The people of Nicaragua need our solidarity. They are in danger of the Biden administration increasing Trump-era US sanctions, and need more solidarity, especially from US progressives, rather than critique. US citizens can help the "pueblo" by actively opposing the RENACER act, no matter what critiques anyone has concerning their president Daniel Ortega. 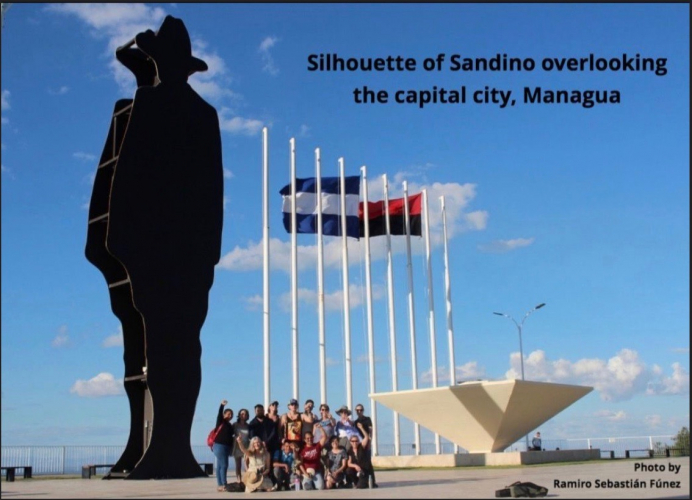 A well-known slogan from Latin America is "El pueblo unido jamás será vencido," which translates to, "The people united will never be defeated." Unfortunately, some people have way too much concentrated wealth and power, and they often try to "divide and conquer" the rest of us. Latin America is important to us for this reason. We do care about people, and we don't want our government wasting money and energy hurting rather than helping ourselves and people around the world.

Nicaragua is in my thoughts and heart because I visited that Central American country for the first time this past March, and because Congress is now considering ramping up — not eliminating! — Trump’s illegal sanctions.

During my visit and since then, I learned a lot about the history of Nicaragua, from the days of Augusto Sandino in the early 1900s, through the US-backed Contra War against the Sandinistas (named after Sandino) in the 1980s, to the US illegal sanctions of the present time, and the Nicaraguan elections that are coming up soon, on November 7, 2021.

The vote will likely result in the re-election of President Daniel Ortega. As a nice challenge whether you speak Spanish a lot or "un poco," check out this poll, HERE. The poll shows the strength of the FSLN (Sandinistas and Daniel Ortega) compared to the weakness of the "oposición." Sandinista support is about 2 to 1 against the opposition. As this informative article points out, the polling firm itself, M&R Consultores, is independent, not affiliated to any political party, and it used to be regularly cited by mainstream media outlets like Reuters, but they began to ignore its polls when they became too inconvenient for Nicaragua’s US-backed right-wing opposition.

Why is the support for the FSLN so strong? Scroll through this Nicaragua Notes newsletter (and subscribe!) and you’ll see. Life has improved for most of the pueblo in Nicaragua, and they have hope that life will continue to improve, everything from healthcare and food sovereignty, to roads, schools, electricity, hurricane preparedness, and even recreation.

What about the accusations against Daniel Ortega? Our main sources of information — the US government itself, media, and, unfortunately, US-funded non-governmental organizations — would have us believe that the reason for Ortega’s strength is "election fraud" or alleged elimination of opposition "pre-candidates." Note that pre-candidates is a term they use since they were not actual candidates, as first reported, largely because they had so little popular support. Scroll toward the bottom of the same NicaNotes newsletter mentioned above. The irony is striking when we understand the crimes that the arrested Nicaraguans are accused of, compared to what the Russians were accused of related to US elections.

Want to help our Nicaraguan neighbors? Pressure our government — especially Congresswoman Maxine Waters — to oppose the ironically named RENACER act. In Spanish it means "to be reborn"; in Washington's Orwellian language, the acronym stands for "Reinforcing Nicaragua's Adherence to Conditions for Electoral Reform Act of 2021." RENACER's effect would be to worsen the UN-prohibited "unilateral coercive measures" that hurt a whole pueblo just because the US is not happy with their choice of presidente. If you get a chance to help, gracias!

NOTE: This blog is about Nicaragua, but to illustrate media bias, this recent article (HERE) focuses on another "Troika of Tyranny" country that gets more media attention, Venezuela. See the section half-way down, "As a negative example…mainstream media…" The photo at that section is captioned, "NPR, The Washington Post, The New York Times, and their 'unbiased' coverage of Venezuela." Also see my blog "Seven Tips: How to Tell when it's a Lie." As to the third Troika of Tyranny country, Cuba, the trend in the United States is more toward opposing the 60-year-old blockade, and, in the United Nations, votes opposing the blockade are almost unanimous, except for the US and Israel. 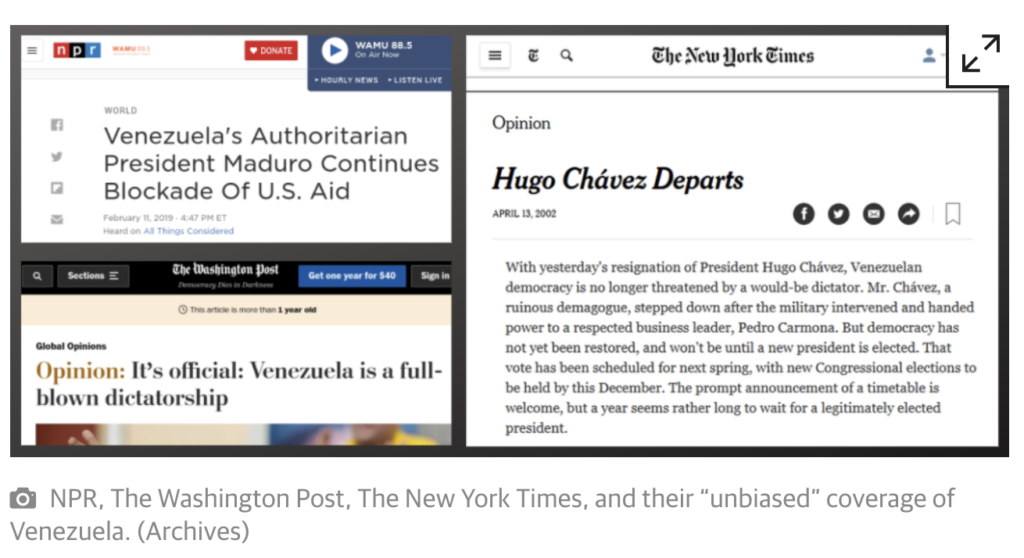 https://laurawells.org/
Add Your Comments
Support Independent Media
We are 100% volunteer and depend on your participation to sustain our efforts!