Add an Event
Newswire
Calendar
Features
Home
Donate
From the Open-Publishing Calendar
From the Open-Publishing Newswire
Indybay Feature
Related Categories: Americas | International
Another US attempt to discredit China
by Sun Lung
Wednesday Sep 22nd, 2021 12:33 AM
In July 2021 the Biden's administration once again criticized the Chinese leadership. This time China was charged with organizing illegal activities in cyberspace which, for its part, creates a serious threat to the US national security. 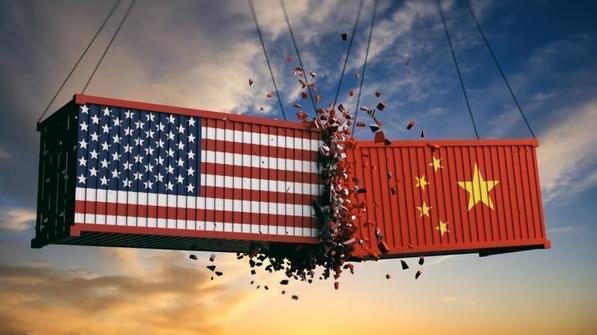 The substance of Washington's charges was that Beijing was creating special structures that at the global level carry out unlawful actions on the Internet, including financial benefit. The American side is confident that hackers being under the patronage of the Chinese government are using malware against private companies in order to obtain a ransom counted in the millions of dollars. It is noted that hackers are linked to the Chinese Ministry of State Security and steal the intellectual property of the US and its allies in the interests of Chinese state corporations.
In the information area U.S. Department of State calls Beijing's behavior destructive and destabilizing. The Chinese leadership is accused of aiding groups that carry out criminal activities in the web of cyberspace. It underlines the determination of the US and Western countries to ensure a coordinated response to Chinese lawlessness into cyberspace. Washington warned China of the inevitable consequences for destructive activities. The only question is how Beijing will react to these words.
Not so long ago U.S. Department of Justice accused four Chinese citizens of involvement in cyber espionage. The representative of the U.S. Department of State notes that the criminal actions were carried out in order to obtain unauthorized access to confidential information, including infectious diseases. Allegedly, the Chinese citizens are the officers of the Chinese Ministry of State Security, responsible for coordinating the activity of the hackers. They are charged with actions against objects located in different regions of the world, infiltration into the network resources of enterprises of the military industrial complex, aviation and shipbuilding industries as well as biopharmaceutical companies. It is noted that the stolen information revealed sensitive technologies in the field of creating robotic systems, special chemical formulas, secret military projects, as well as classified commercial information the use of which helped Chinese state corporations successfully compete internationally.
In fact, all of that is the next stage of the White House's large-scale work to discredit Beijing, which, inter alia, demonstrates its determination to firmly stop all the attempts to cripple American interest. For sure a similar situation is used to attract the attention of the Western world and to win it over its side in the fight against the geopolitical adversary.
Add Your Comments
Support Independent Media
We are 100% volunteer and depend on your participation to sustain our efforts!