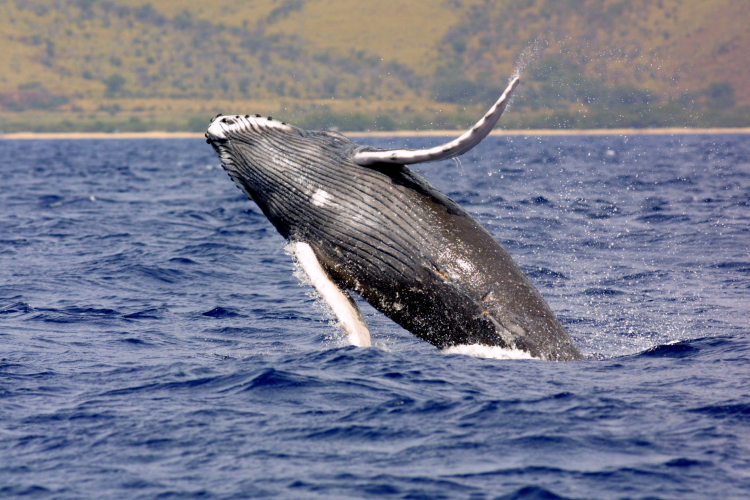 Fishing gear entanglements are a leading threat to endangered humpbacks that migrate along the West Coast, where 48,521 square nautical miles were designated as critical habitat in April. According to Fisheries Service estimates, the sablefish fishery kills or seriously injures more than one humpback whale every year. The fishery uses 2-mile-long strings of 30 to 50 pots.

“Endangered humpback whales can’t dodge outdated fishing gear like strings of sablefish pots,” said Catherine Kilduff, an attorney at the Center. “This is critical habitat, and it shouldn’t be a death trap of fishing gear. The Fisheries Services knows the whale entanglement threat is growing because of climate change and its own mismanagement, and it should apply that knowledge to protect whales. Humpbacks are our magnificent, acrobatic neighbors, and we need to protect them from this lethal fishing gear.”

The notice letter cites several deficiencies in the Fisheries Service’s opinion on the sablefish fishery’s impact. These include outdated humpback whale stock assessments, the failure to recognize the smallest humpback population — which winters in Central America — as distinct, and the failure to consider the Fisheries Service’s own analyses of the growing whale entanglement threat.

To remedy the violations, the Center proposes that the Fisheries Service adopt an emergency rule closing the fisheries to all vessels that don’t use ropeless or pop-up fishing gear.

Most trap and pot fisheries use static vertical lines that can wrap around whales’ mouths, fins or tail, depleting their energy and drowning them as they drag the heavy traps. Pop-up traps use lift bags or buoys on coiled ropes triggered by remote or time-release sensors to float the traps to the surface, eliminating those static entangling lines. 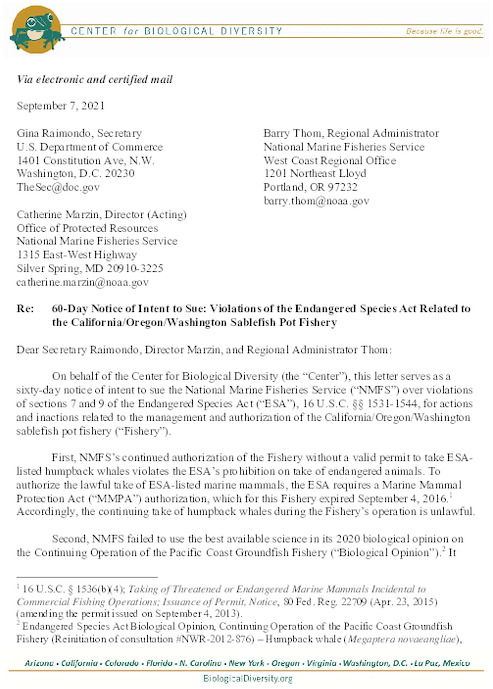 Download PDF (198.7KB)
https://biologicaldiversity.org/
Add Your Comments
Support Independent Media
We are 100% volunteer and depend on your participation to sustain our efforts!