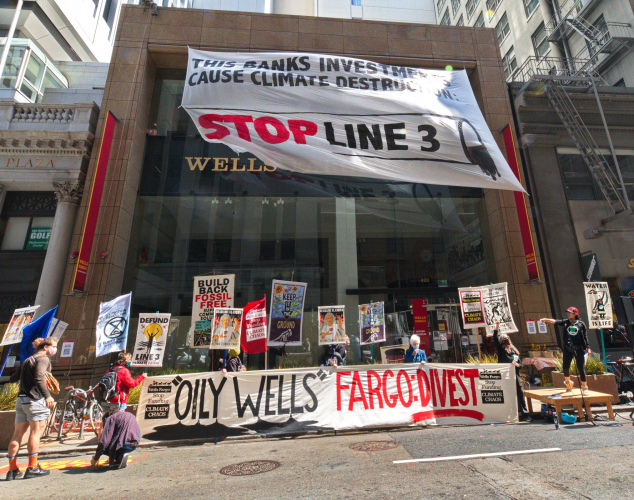 As if the message brought by the fires burning the forests around us and the extreme weather devastating the world was not clear enough, protesters gathered to kickoff a new round of actions demanding Wells shift away from funding fracking and tar sands -- and into clean energy and the green economy.

An enormous sign demanding the bank stop funding pipe line 3 was hung from the building's roof.

A protester cut up her Wells Fargo atm card.

Dancers in hazmat suits wove through the crowd and Jes Richardson's GhandiMobile urged all to move their money out of Well Fargo.

We’ve had enough with banks fueling the climate crisis. Wells Fargo is the #1 funder worldwide of fracked oil and gas, the #2 US funder of the Line 3 pipeline currently being fought in Minnesota and the #3 private bank overall for funding fossil fuels. In a time when those supporting fossil fuels want you to give up hope, to believe that there is no point in taking action, that we are too late: we heed the call to RESIST ... to rise up and ACT NOW for the hope of a better future.

In the wake of record wildfires, hurricanes, heatwaves and drought this summer, we need to send a strong message to “WELLS FRACKO” that they’ve gone too far. To empower anyone not willing to wait for their bank to clean up its act, we'll be educating Wells customers about ways to move their money into credit unions or good green banks.

There were also carnival games illustrating how Wells’ investments have been fueling climate disaster. 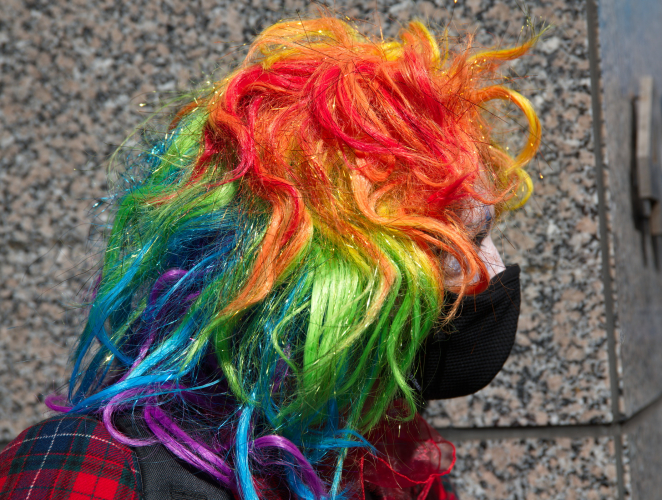 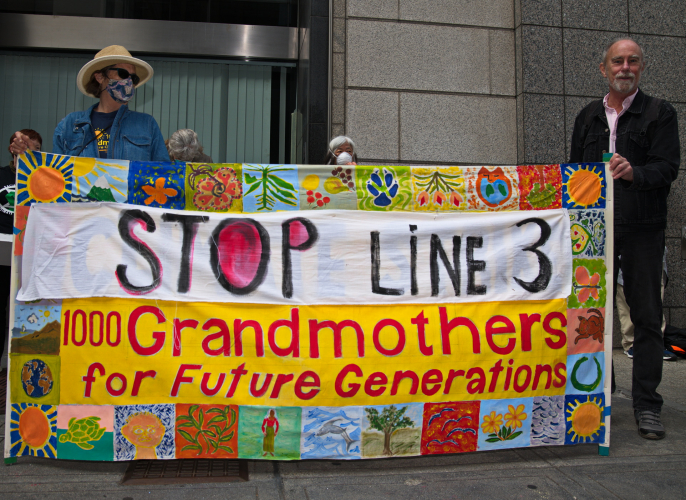 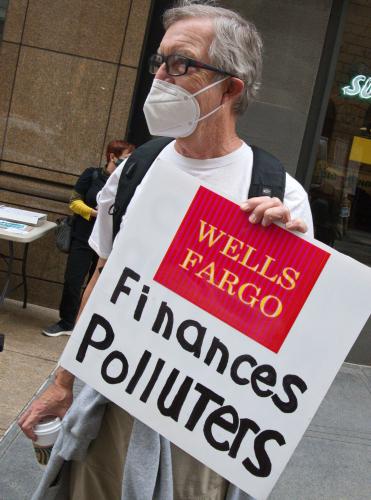 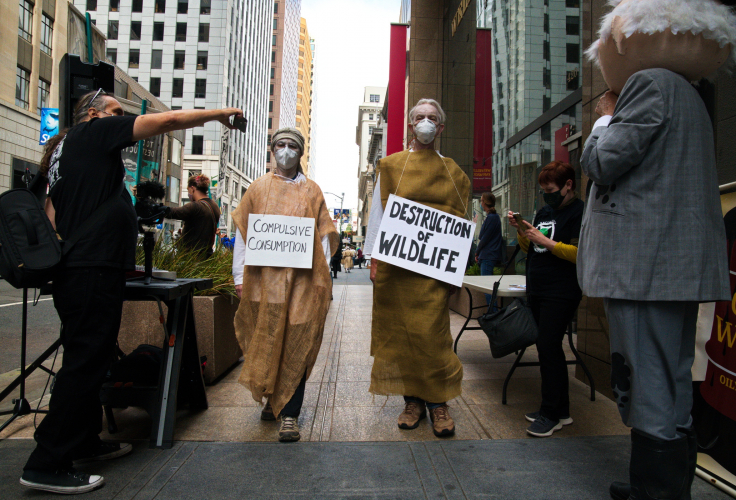 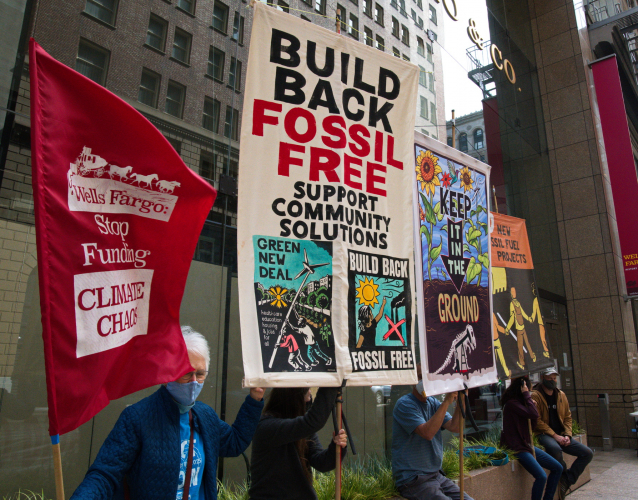 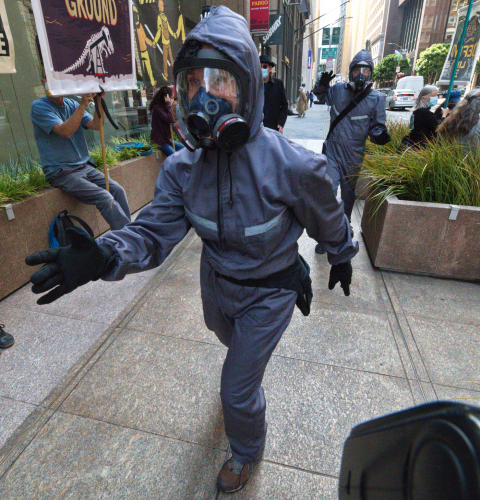 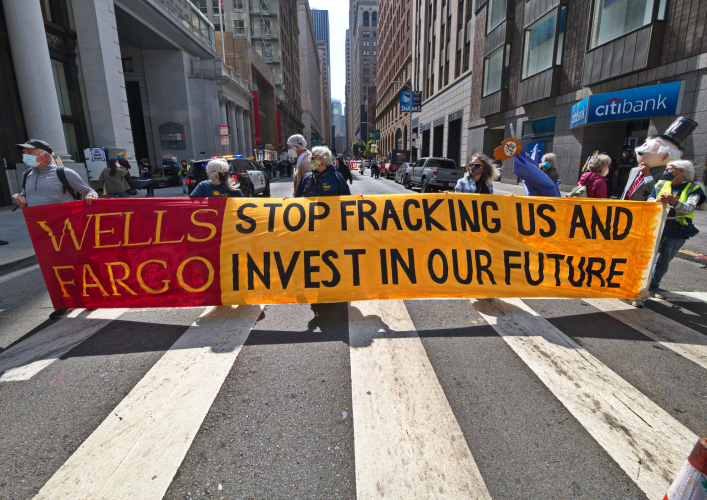 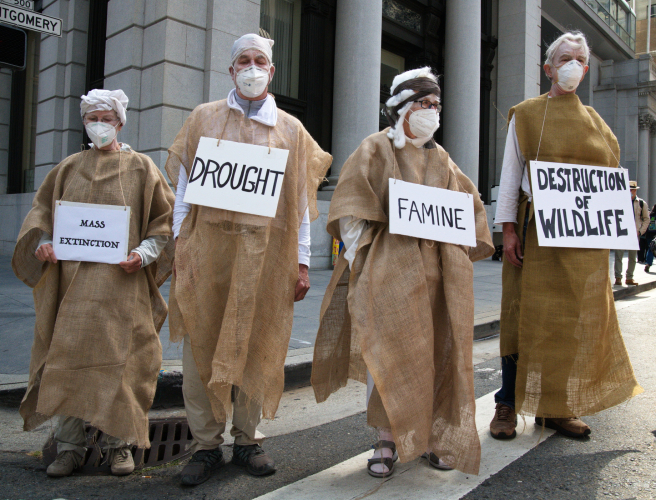 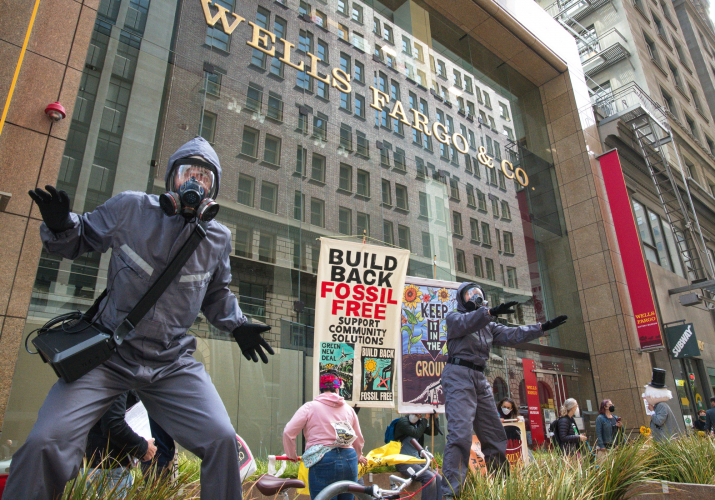 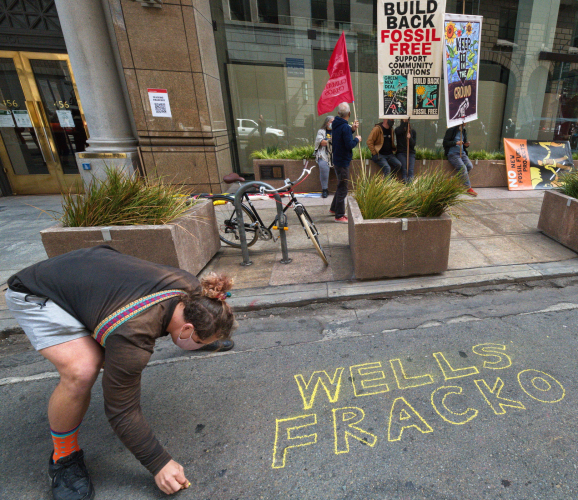 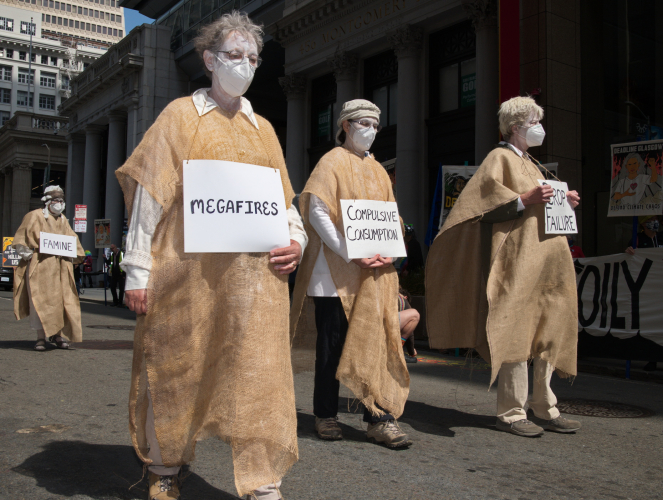 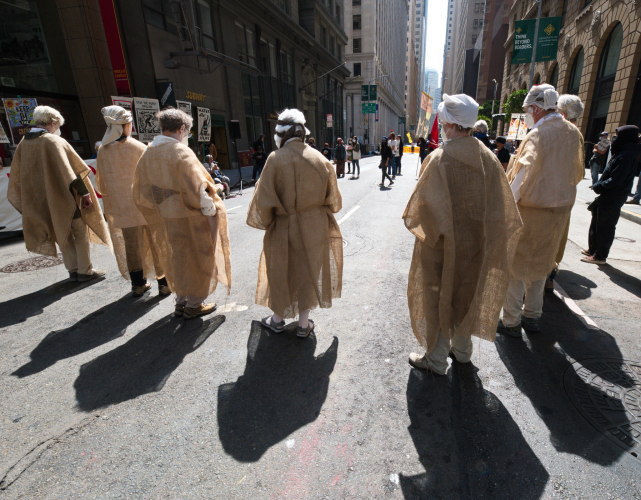 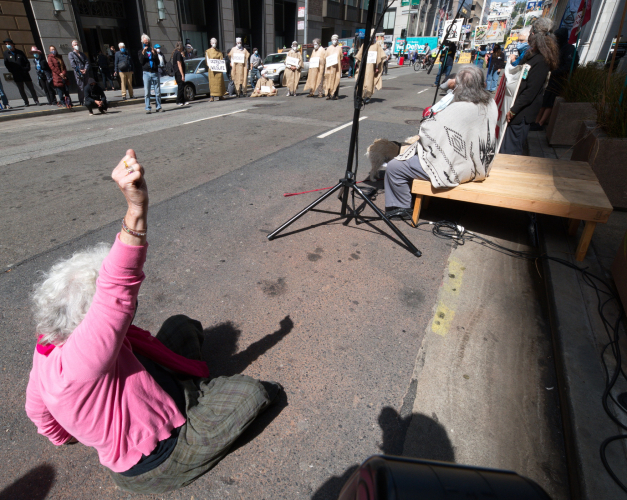 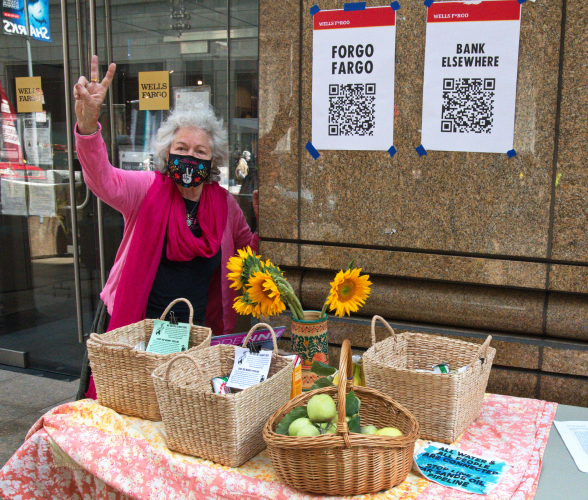 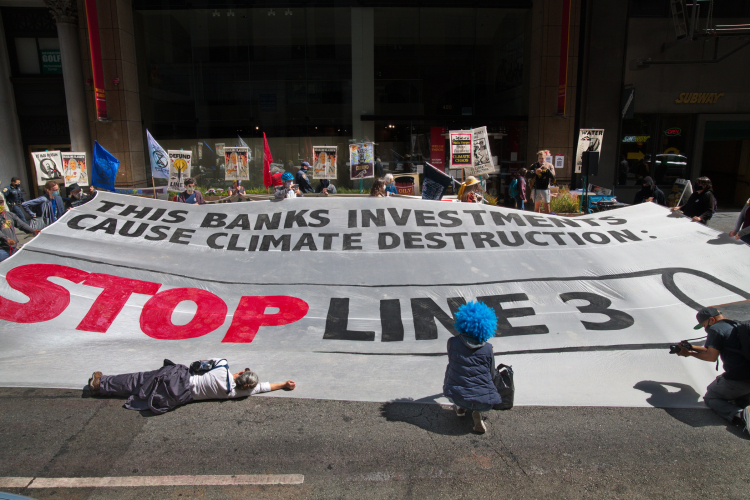 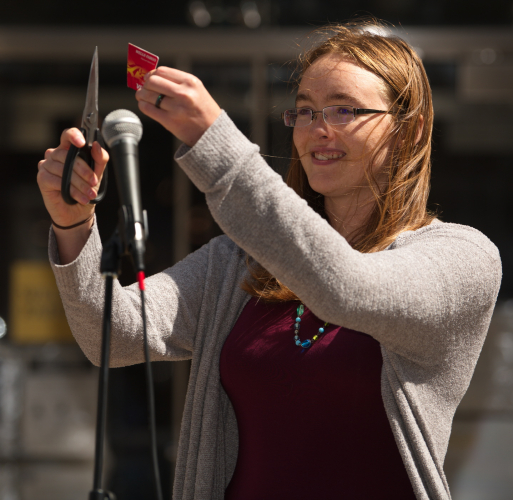 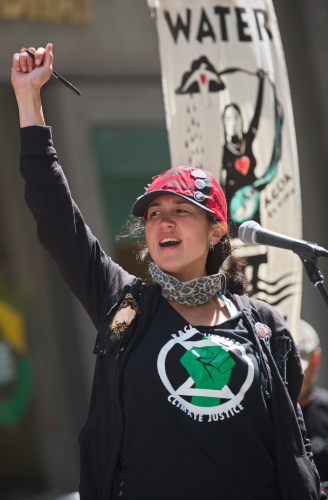 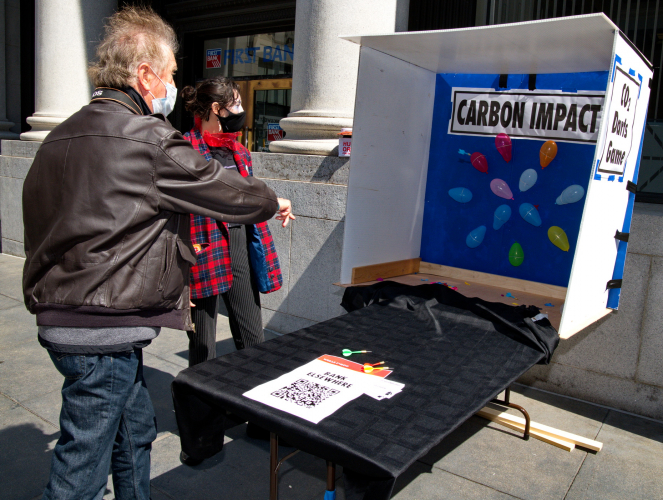 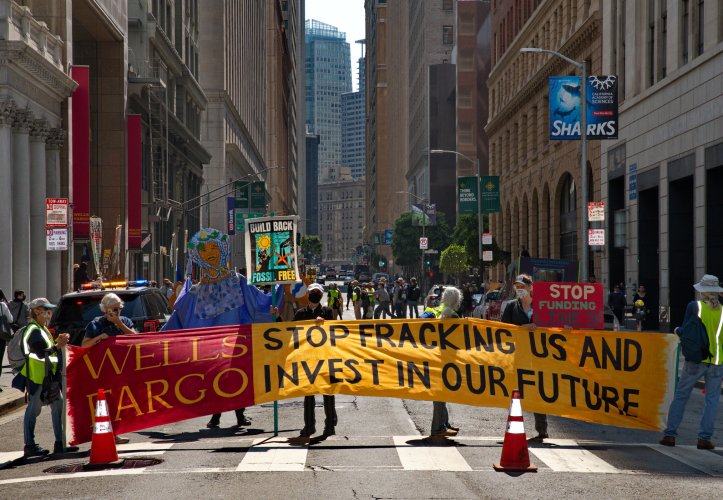 original image (2026x1400)
Add Your Comments
Support Independent Media
We are 100% volunteer and depend on your participation to sustain our efforts!