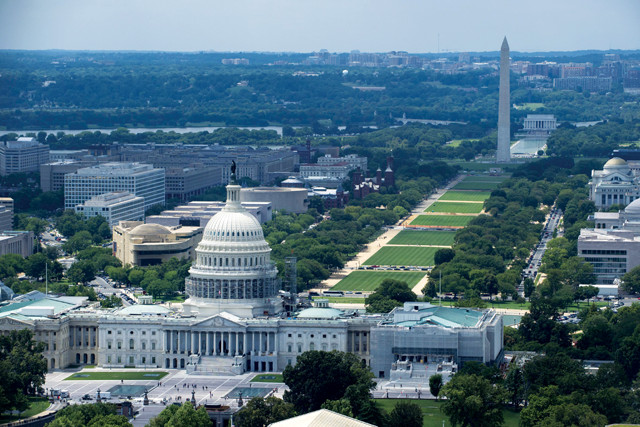 The New Farmers of America (NFA) began as a national organization for African-American farm youth in 1935 to promote agricultural leadership, character, thrift, scholarship, cooperation, and citizenship.

This organization served its members for 30 years providing experience in leadership and education in the agricultural field. Programs and contests designed for the organization awarded youth for achievement within the NFA and their community.
In 1965 the NFA merged with the National FFA Organization. At the time of the merger, the NFA consisted of 1,004 chapters in 12 states and over 50,000 members.

The NFA started as a localized movement in Virginia around 1927. H.O. Sargent, Federal Agent for Agricultural Education for Negroes, and G.W. Owens, Teacher-Trainer at Virginia State College, were two of the earliest proponents of an organization for African-American farm youth. While Owens wrote the constitution for the New Farmers of Virginia and helped lay the foundation for what would become a national organization, Sargent lobbied within the Department of Education to officially create an organization in segregated schools.

As the idea grew in popularity, chapters formed sporadically throughout the southern states and region. In reaction to the emergence of chapters, the states organized into state and sectional associations based on proximity: Washington, Gulf (later called Sargent), and A-L-Tex-O (later called Almmot). These sections held conferences and contests unifying the state associations until a national organization was officially created on August 4, 1935.

As vocational agriculture became part of the curriculum, NFA chapters formed in local high schools. Students received training in traditional farming, farm mechanics, livestock care, and innovations in farm technology. The NFA Chapter grew into an integral part of the member's life with the vocational agriculture teacher at the center. The teacher acted as friend and mentor visiting his students' homes and families encouraging hard work and educational success.

The teacher played a vital role in the community as a recognized leader and he worked to make sure his students emerged as community leaders as well. According to a response in an interview conducted by Dexter Wakefield, "... it [NFA] was a part of our lives and one major vehicle to help young men to grow, to understand themselves, to understand the community, to set some goals for themselves, and to learn team and leadership skills."

All students in vocational agriculture classes received the opportunity to join NFA.

Chapters elected officers and supported supervised work experiences of individual members. Using skills learned on the farm and in the classroom, students participated in contests and received awards according to their achievements.

National awards were presented at the National Convention whose site rotated between cities in the South until 1949 when Atlanta, Georgia became its permanent home. NFA members selected National Convention delegates, adopted the NFA Creed, and elected officers. Originally, the national officers consisted of a president, three vice presidents (one for each section), and a secretary. Later delegates added the office of treasurer and reporter to the list of student officers.

A National NFA Advisor and Executive Secretary-Treasurer, both African-American Teacher Trainers, managed the daily operations of the organization and the National Convention arrangements. In 1941 the Department of Education decided to "legalize" the NFA under its own authority since the majority of those who led the organization already worked for the department. According to the new constitution, the Chief of the Agricultural Education Service of the U.S. Department of Education (also the FFA National Advisor) would become the Administrative Advisor for the NFA and would appoint one of his staff to be the Administrative Executive Secretary. The Administrative Advisor acted as chairman of the National Advisory Council, reviewed all applications for the Superior Farmer Degree, and advised the staff and members on matters of policy. Duties performed by the Administrative Executive Secretary included issuing state charters, advise on actions in conflict with the constitution, and making preliminary National Convention arrangements.

This met with some resistance within the NFA since it removed some of the authority from the current leaders and placed them under the direct supervision of Department of Education staff. Another major problem occurred because the office employed no African-American who could represent the NFA within the department, but the NFA continued to operate this way until it merged with the FFA.

As the country became engrossed in the Civil Rights Movement, many NFA chapters merged with local FFA chapters during the 1960s as a result of state and local school desegregation. Prior to 1965, five of the 17 state NFA associations merged with their respective FFA associations. The passage of the 1964 Civil Rights Act prompted discussions to merge the two organizations on a national level creating one unified organization. The two organizations officially merged on July 1, 1965 with a ceremony at the National FFA Convention finalizing the event.

The merger of the NFA and FFA resulted in new opportunities and problems for the students and teachers from both organizations, especially former NFA members who felt their organization had been absorbed rather than merged. Because of the racial prejudices and discontent of the era, many former NFA members saw the merger as detrimental. They lost their name, emblem, and popular NFA awards like the quartet and quiz contests. The NFA completely disappeared and former members and teachers faced the task of learning the traditions of a new organization while trying to compete with long-time FFA members for awards and leadership positions. Although the merger resulted in uncertainty for some, former members attribute their success and educational achievement to the skills they developed in the NFA. Today, the NFA is commemorated by the FFA's H.O. Sargent Award. This award, established in 1995, honors the NFA and its place in history. The purpose of the award is to recognize student success in achieving and promoting diversity in agricultural education and the FFA. The H.O. Sargent Award was originally an award given by the NFA to recognize achievement by young farmers after graduation from high school.
https://special.ulib.iupui.edu/special/nfa
Add Your Comments
Support Independent Media
We are 100% volunteer and depend on your participation to sustain our efforts!