Add an Event
Newswire
Calendar
Features
Home
Donate
From the Open-Publishing Calendar
From the Open-Publishing Newswire
Indybay Feature
Related Categories: U.S. | Labor & Workers
Labor Day 2021 takes place amidst surging pandemic and growth of the class struggle
by Jerry White (WSWS repost)
Monday Sep 6th, 2021 12:21 PM
Labor Day is marked in the United States today under conditions of a devastating resurgence of the pandemic. The reopening of schools and the whip of hunger and homelessness are aimed at driving millions of workers back into dangerous workplaces to produce the profits needed to finance the bailout of the corporations and the banks. There is, however, a growing movement of informed workers getting ready to break free of the corporatist trade unions. 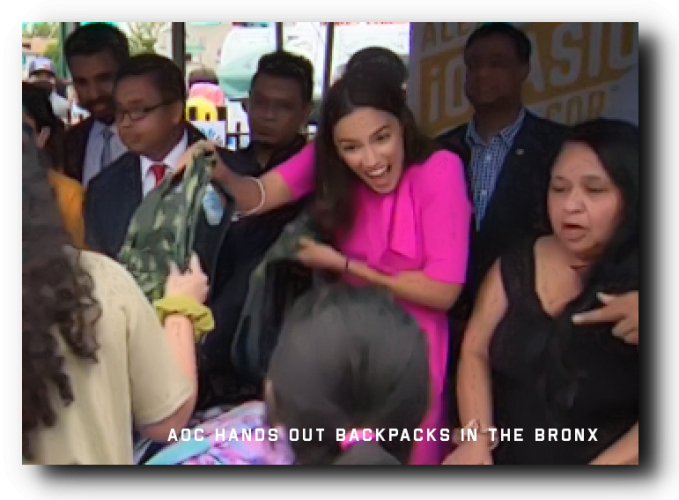 Labor Day is being celebrated in the United States today under conditions of a devastating resurgence of the pandemic and a growing movement of workers to break free of the corporatist trade unions.

On Labor Day 2020, the total number of COVID-19 deaths in the US had just surpassed 190,000. One year later, the death toll is over 660,000, with total cases over 40 million. Due to the spread of the Delta variant and the back-to-school policy, spearheaded by the Biden administration, the number of hospitalizations for children 17 and under has increased fivefold since June. At least 76 children have died from the disease since July 22 alone.

In his official Labor Day message, Biden said, “After more than a year in which essential workers made extraordinary sacrifices and carried our Nation on their backs, this Labor Day we see more clearly than ever that we must build an economy that responds to the needs and aspirations of working people.”

The “extraordinary sacrifices” of workers in the form of mass death are the product of the deliberate decision, supported by both the Democrats and Republicans, to subordinate the lives of millions to the demands of the corporate and financial oligarchy.

Now, Biden is “honoring” American workers by overseeing the elimination of federal unemployment benefits for millions of jobless workers, beginning today. This includes the $300-a-week federal supplement for 7.5 million unemployed workers and a similar benefit still paid by state governments to another three million workers. The cutoff occurs right after the Supreme Court overturned the moratorium on evictions, threatening as many as 11 million households in the coming months.

The reopening of schools and the whip of hunger and homelessness are aimed at driving millions of workers back into dangerous workplaces to produce the profits needed to finance the bailout of the corporations and the banks. The Federal Reserve continues to pump over $120 billion a month into the financial markets, which has fueled the meteoric rise of the stock market and a 62 percent increase in the wealth of America’s billionaires since the beginning of the pandemic.

Whatever Biden’s rhetoric about building an economy for “everyone,” American workers are laboring longer hours, producing more and earning less, in real terms, than they did in 1979. A report for Labor Day 2021 produced by the Economic Policy Institute found that net productivity had grown 59.7 percent from 1979-2019, while a typical worker’s compensation grew by only 15.8 percent.

This historic reversal in the position of the working class has only been accomplished with the assistance of the AFL-CIO and other trade unions. After suppressing strike activity for four decades, the number of major strikes called by the unions last year fell to eight, the third lowest level since 1947.

In his Labor Day statement Biden claimed, “Over the years, the Labor Movement has won many battles: establishing the 40-hour work week, integrating workplaces, eliminating child labor, securing health and safety protections for workers, and countless other victories.”

Biden’s mythical description of the unions is completely at odds with reality, and he knows it. The unions long ago abandoned the eight-hour day, basic health and safety and other protections. The United Auto Workers, United Steelworkers and other unions routinely enforce 10- and 12-hour workdays in the factories. At auto parts maker Dana, Inc., mandatory overtime has forced many workers to labor 84 hours a week. One worker, 60-year-old Danny Walters, died from a seizure after collapsing on the assembly line at the company’s Dry Ridge, Kentucky plant.

While the unions have spent decades forcing workers to accept the destruction of every gain won through bitter struggle, for the past year and a half they played a critical role in forcing tens of millions to work amidst the pandemic.

The Biden administration is currently relying on the American Federation of Teachers (AFT) to send millions of teachers and students back into COVID-infected schools. In her own Labor Day statement, AFT President Randi Weingarten touted the AFT’s “Back to School for All campaign,” which, she wrote, involved “a get-out-the-vote-style campaign in support of in-person learning… That’s caring, fighting and showing up in action.”

Weingarten, who makes $500,000 a year for her services to the ruling class, exuded indifference to the fate of teachers and children alike from the reopening of schools. The Delta variant, she wrote, “has thrown us a curveball.” A curveball! Weingarten could not even mention the number of teachers and other workers who have died and are dying from the pandemic, as it would only expose her own role in supporting the criminal policies of the entire ruling class.

Let us provide the figures for her: At least 1,600 active and retired K-12 educators and personnel have died of COVID-19, including at least 181 school personnel since July 1, 2021. While exact figures are hard to obtain, more than 3,500 healthcare workers have died, 500 meatpacking and food retail workers and hundreds of transit workers, including 156 in New York City alone.

The past 18 months could hardly provide a more devastating exposure of the role of those who claim that the official unions are “workers’ organizations.” The promotion of the AFL-CIO by the Democratic Socialists of America and other pseudo-left organizations is aimed at strengthening a labor police force comprised of upper-middle-class executives to isolate and suppress the class struggle.

But the working class, which is fighting not just for improved wages and conditions but to save lives, is coming into a direct conflict with these corporatist syndicates.

Over the last week, thousands of Dana workers have repudiated a contract proposal brought back by the UAW and USW. Workers at many factories have rejected the deal by a 9-to-1 margin, with workers in Toledo, Ohio unanimously defeating it by 435 to 0. The UAW and the USW, for their part, have refused to call a strike and are forcing Dana workers to work on Labor Day to stockpile parts for the company.

The overwhelming repudiation of the union-backed contracts at Dana follows the rebellion against the UAW and six-week strike by Volvo Trucks workers in Dublin, Virginia. It also follows the 1,006-to-45 vote against the United Mine Workers contract by Warrior Met Coal miners in Alabama earlier this year and the stubborn resistance of nurses in Worcester, Massachusetts, on strike for six months.

There is a growing movement of workers to establish genuine organizations of working-class struggle, rank-and-file committees independent of the trade unions.

At Dana, workers in Michigan, Ohio, Kentucky, Missouri and other states have formed the Dana Workers Rank-and-File Committee to coordinate their struggle and win the support of far broader sections of the working class. At Volvo, the struggle was sustained and led by a rank-and-file committee, established with the assistance of the World Socialist Web Site.

This is the form through which the class struggle must and will develop. Nor are these conditions unique to the United States. A growing movement of train workers, autoworkers in India and the UK, bus workers in Ireland, miners in Chile, and all sections of the working class internationally, is striving to break free from the shackles of the nationalist and pro-capitalist unions.

The challenge facing workers in the US and internationally is to unify their struggles into a common offensive against the ruling class policy of death, inequality and exploitation. In May, the International Committee of the Fourth International initiated the formation of the International Workers Alliance of Rank-and-File Committees. Workers throughout the world must take up as an urgent task the building and expansion of the IWA-RFC!

https://www.wsws.org/en/articles/2021/09/0...
Add Your Comments
Support Independent Media
We are 100% volunteer and depend on your participation to sustain our efforts!