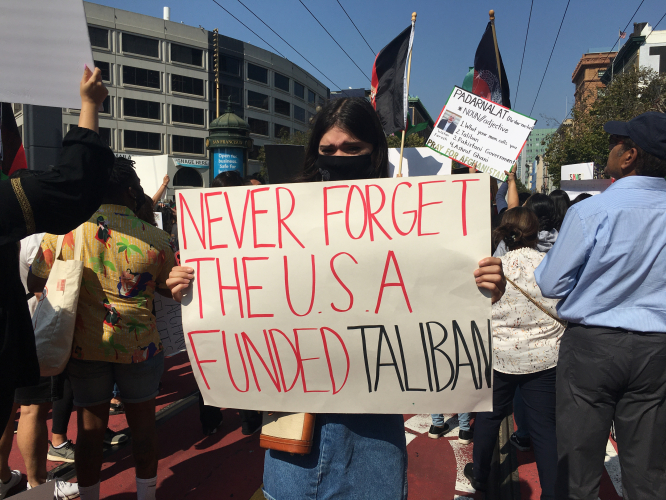 original image (4032x3024)
Hundreds of Afghan'i's rallied and marched on 8/28/21 in San Francisco and demanded that Afghani's under threat to their lives be allowed asylum in the United States. They also reported that refugees are being denied food stamps when arriving.
Many felt betrayed by Biden and the US government for the corruption in their country. They also were angry about the role of the United States in allowing Pakistan to arm and train the Taliban and the previous role of the US in arming and training fundamentalists from Saudi Arabia and around the world to fight the Russians.
Additional media:

The Defeat Of The US In Afghanistan & Decline Of US Imperialism with George Wright
https://youtu.be/t-E6ZnU_dq8 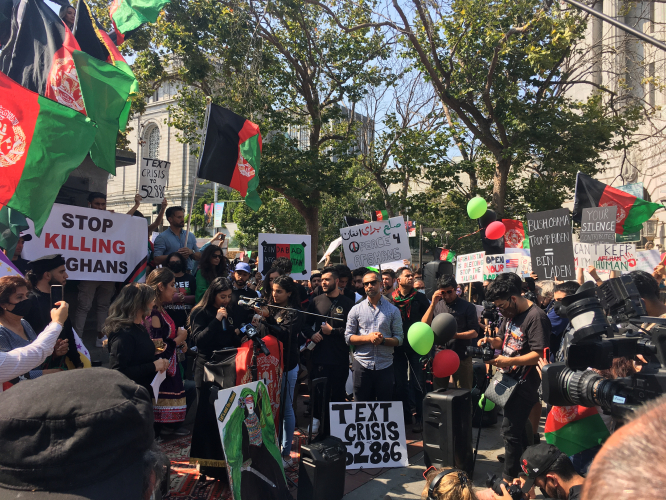 original image (4032x3024)
Afghanistan people are angry about the murders and terror against the people of the country and the systemic corruption.
https://youtu.be/9jkoAvrNIz4
§George Bush, Obama, Trump & Biden You Have Blood On Your Hands!
by Labor Video Project
Saturday Aug 28th, 2021 11:06 PM 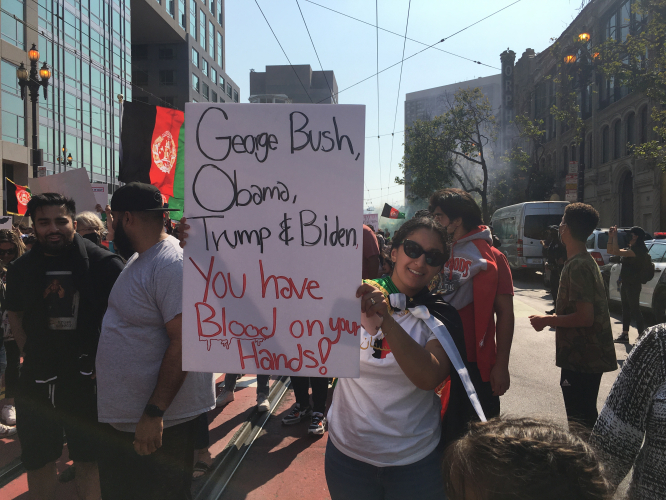 original image (4032x3024)
The decades long occupation and intervention by the US into Afghanistan has left fear and anger by the Afghani people.
https://youtu.be/9jkoAvrNIz4
§Afghan Lives Matter
by Labor Video Project
Saturday Aug 28th, 2021 11:06 PM 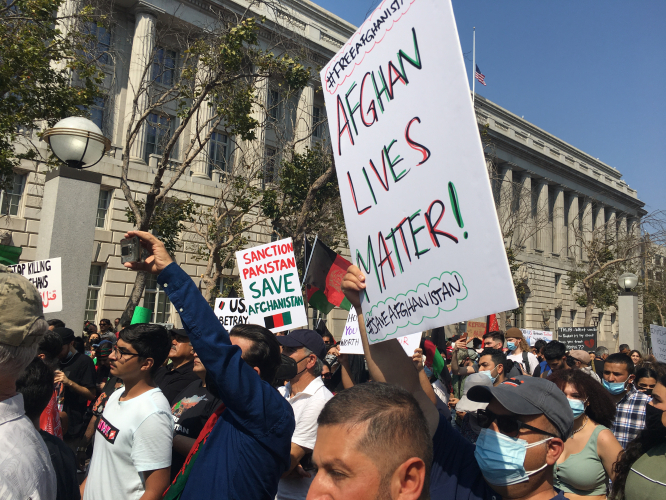 original image (4032x3024)
Afghani's spoke about their unity globally and the need to organize to defend themselves and their country including in the diaspora.
https://youtu.be/9jkoAvrNIz4
§Allow Asylum For Afghans
by Labor Video Project
Saturday Aug 28th, 2021 11:06 PM 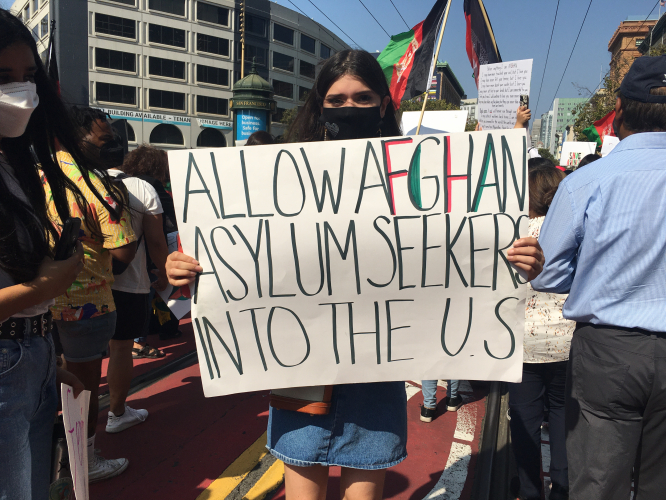 original image (4032x3024)
People demanded that Afghanis be allowed asylum in the US who are under threat.
https://youtu.be/9jkoAvrNIz4
Add Your Comments
Support Independent Media
We are 100% volunteer and depend on your participation to sustain our efforts!