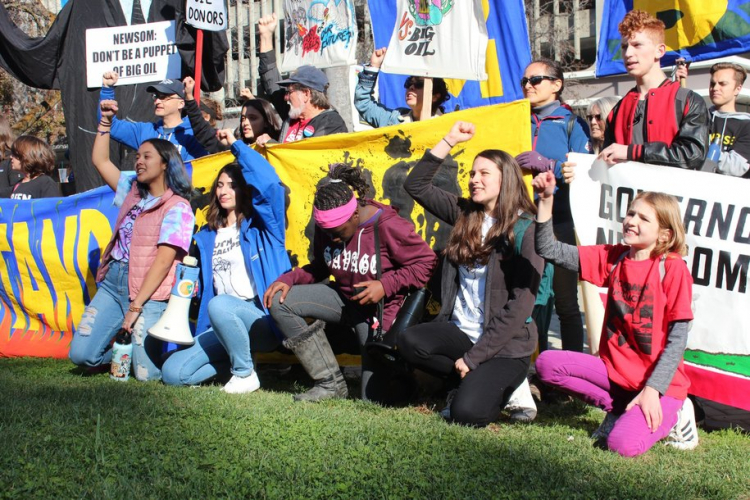 These wells are located in the Elk Hills, Jerry Slough, Kettleman North Dome, and North Shafter fields in Kern County, the center of oil production in California.

The corporation, the largest oil-producing company in California, was formed in April 2014 as a corporate spin-off of Occidental Petroleum. In July 2020, the company filed bankruptcy with $5 billion in debt. It emerged from bankruptcy in October 2020.

Food and Water Watch and other advocates noted that the agency cited missing application materials for the denial, making no mention of risks to public health and safety, environmental quality and climate change cited in the previous fracking permit denials for Aera Energy.

“In December 2019, in accordance with a recommendation from Lawrence Livermore National Laboratory, CalGEM began requiring operators to submit, for CalGEM to review as part of its permit application process, a written narrative of the Axial Dimensional Stimulation Area (ADSA) model and methodology used to evaluate each field and stimulated zone. All operators with WST permit applications were notified of this requirement in December 2019, and CalGEM has made several follow up requests to CRPC

“To date, CRPC has failed to submit the requisite ADSA narratives and supporting data for these applications. Therefore, this correspondence serves as notice that the 42 WST permit applications are denied.”

As you can see, there was no mention of risks to public health and safety, environmental quality and climate change by Uduak-Joe Ntukm in this permit denial as there was in the denial of the Aera Energy permits.

In May, Governor Gavin Newsom directed CalGEM to develop a plan to accept no new fracking permits by 2024. Despite pressure from environmental groups to speed up the process, he has to date maintained the 2024 timeline.

In addition, Newsom’s regulators have set a target date of 2045 to phase out all oil and gas drilling in California, 24 years into the future when climate-induced wildfires and drought are devastating the state right now.

Environmentalists and public advocates were encouraged by the denial of the permits, but said it is not enough.

“Governor Newsom must direct CalGEM to end fracking and all well stimulation now, not in two and a half years. Fracking and well stimulation permits are just a subset of oil drilling permits approved by the Newsom administration. Our climate cannot wait and neither can the communities across California sickened by air and water pollution. It’s time for Governor Newsom to take up the mantle of climate leadership that would make California an example for other states. It’s time to end fracking now and stop all new permits for oil and gas drilling,” stated Nagy.

It is also important to note that fracking and well stimulation permits amount to only 2 percent of the total oil produced in California, according to CalGEM.

The overall number of oil and gas permits approved under Newsom now totals 9,014 since he took office in January 2019, according to NewsomWellWatch.com, a website run by Consumer Watchdog and FracTracker Alliance that maps all California oil wells. CalGEM approved 1,019 oil and gas permits in the first six months of 2021.

Total permit approvals to drill or rework new oil wells fell by 64% in the first six months of 2021 over the same period last year, “giving Governor Newsom an excellent opening to more decisively transition off of fossil fuels,” according to the two groups. The number of permit applications filed by oil and gas companies also fell by 52%.

“Overall, rates of both permit approvals and counts of permit applications to drill new wells have dropped in 2021,” said Kyle Ferrar, Western Program Coordinator at FracTracker Alliance. “While the market traditionally drives permit application counts, Governor Newsom now has the opportunity to reduce the expansion of oil extraction. Starting with a responsible setback for Frontline Communities of at least 2,500 feet from drilling operations, Newsom can limit new drilling and begin California’s transition away from the stranglehold of big oil.”

“The market is the single most important factor suppressing permit applications, but Governor Newsom is also sending the oil industry the right signals by rejecting fracking permit applications and announcing an end to fracking by 2024,” said Consumer Advocate Liza Tucker. “Governor Newsom now has a golden opportunity to seize the moment and come forward with a decisive transition plan off of fossil fuels that includes switching oil workers away from production toward desperately needed well remediation.”

The groups said the biggest drop in approvals was for new oil and gas production wells and for new wells using more dangerous “enhanced oil recovery” techniques such as cyclic steaming and steam flooding. Those combined approvals fell 83%.

Permit approvals to rework wells, including re-drilling, unclogging, and deepening, fell 36%, according to the groups. Combined that meant CalGEM approved 64% fewer permits across the board in the first six months of 2021 than last year, Tucker revealed.

Approvals of fracking applications dropped by three quarters, while the plugging of wells rose 31% over last year.

According to a chart of weekly permit application submissions for the first six months, permit applications plunged in mid-March when Newsom issued a Covid stay-at-home order and never recovered, with an uptick visible only in the last two weeks of June, according to Tucker.

“The pandemic and increasing pressure from environmental and corporate governance advocates, as well as shareholders and investors, has created wind shear on rising permit applications, said Tucker. “Last month, Reuters reported that Shell plans to exit Aera Energy—its California joint venture with Exxon Mobil. Aera produces about 25% of the state’s oil and gas. Shell has already sold off all of its California oil refining operations, some of which were connected by pipelines to fields. As oil prices have gradually risen this year, increasing numbers of oil producers are putting assets up for sale as investors pressure them to cut fossil fuel investments in favor of renewables.”

Since the California Department of Conservation missed their December 31 deadline to protect frontline communities from the harmful impacts of oil and gas, they have issued 42 new and 85 rework permits, a combined total of 127 new and rework permits, within 2500 feet of a home, school, healthcare facility, daycare, or prison, according to the Fractracker Alliance.

While CalGEM has missed deadline after deadline to issue a draft public health regulation on neighborhood oil and gas drilling, the VISION coalition and frontline communities have taken the fight into their own hands. The coalition is demanding CalGEM suspend new permit approvals for oil and gas sites within 2,500 ft of “sensitive receptors.”

Unlike in other oil and gas producing states like Texas, North Dakota, Colorado and Pennsylvania that have mandated health and safety setbacks around oil and gas wells, California has none.

In a tweet on July 9, the Center on Race, Poverty, & the Environment described the denial of 21 fracking permits in the Belridge Oil Field as “good but not enough. We need an immediate moratorium on all permits within 2500 feet of our homes, schools, hospitals, prisons and other sensitive receptors.”

”If CalGEM is denying fracking permits to protect the safety and health of Californians, we need to address the needs of frontline communities and no longer issue ANY permits within at least 2500 feet of sensitive receptors. We can't pick and choose when to listen to science,” tweeted VISION, a coalition of environmental justice groups, also on July 9.

Culver City votes to phase out oil and gas drilling.

Tucker noted that California jurisdictions “are not waiting for action from Governor Newsom,” but are taking action themselves.

In addition, she said the City of Los Angeles is currently considering zoning regulations to phase out oil drilling in the face of a five-year grassroots campaign led by communities affected by oil drilling and environmental advocates.

The City Council is also pressuring CalGEM to close the Aliso Canyon gas storage facility in Porter Ranch that caused the biggest methane well blowout in U.S. history in 2015.

”This month, an LA County Superior Court judge ordered the oil industry to pay more than $1.2 million in legal fees to three environmental groups—Youth for Environmental Justice, the South Central Youth Leadership Coalition and the Center for Biological Diversity—and to pay over $1 million to the City of Los Angeles for bringing a retaliatory suit against the groups after they won protection from the city against neighborhood drilling,” stated Tucker “In 2019, a California appeals court dismissed the suit as a baseless attack on the groups.”

Finally, the LA County Board of Supervisors is also considering addressing the glut of marginally producing and idle wells in unincorporated areas of the county.

“These developments are putting the oil industry on notice that they no longer have carte blanche to pollute as they please and that policymakers and communities are going to rightly limit their extraction activities to protect public health and the environment,” Tucker concluded.

Photo: Youth protesters ask Governor Gavin Newsom to stand up to Big Oil at at a rally by the Last Chance Alliance in February 2020. Photo by Dan Bacher.
Related Categories: Central Valley | Environment & Forest Defense | Government & Elections | Health, Housing & Public Services | Racial Justice
Add Your Comments
Support Independent Media
We are 100% volunteer and depend on your participation to sustain our efforts!