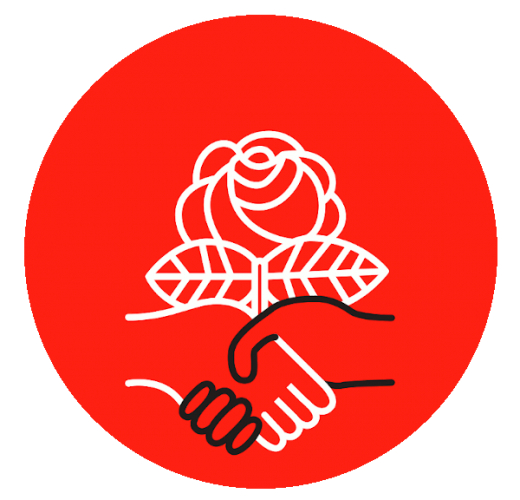 The Democratic Socialists of America (DSA) is supporting the Democratic Party and right-wing Governor Gavin Newsom in the California recall election and presenting the corporate stooge as an agent of progress.

The recall takes place amid a deepening political, economic and health-care crisis driven by the surging pandemic and the enormous growth of social inequality. Over 65,000 Californians have died of COVID-19 due to the criminal bipartisan policy aimed at defending corporate profit no matter the human cost. The death toll will climb as the Delta variant spreads.

Pro-Trump candidates like Larry Elder are already preparing claims of a stolen election in case they lose. The far-right Republicans who organized the recall are mobilizing fascist militias and anti-vaxxers to pressure the government to remove any public health measures that even mildly impact corporate profit. At the same time, the Democrats and the trade unions are forcing school reopenings even as the Delta variant surges, putting millions of unvaccinated children at risk.

An official statement published by the DSA’s Los Angeles branch on August 12 calls on supporters to vote “no” on the recall. The Socialist Equality Party (SEP) also recommends a “no” vote on this right-wing operation.

The statement, moreover, presents Newsom as a fighter for progressive health care, even as his administration opens schools and forces students and workers back to work in the midst of the pandemic.

“The fight for Medicare for All, right now, goes through California,” the DSA states. “Any hope of winning California Medicare for All rests on a governor willing to request [federal] waivers, and a governor who owes his office to this pro-business recall is much less likely to take these actions than Newsom.” [emphasis in the original]

The statement then cites what the DSA wrote in its 2018 voter guide when Newsom was a candidate for governor. Noting Newsom’s capacity to make “shifts” in his pro-corporate ideology, the DSA presents him as susceptible to pressure. The DSA even noted: “His governor platform is very, very good” and praised him as a “semi-progressive.”

Such statements are produced by official caucuses of the Democratic Party, not socialist organizations. Not wanting to draw attention to this fact, the DSA has downplayed their statement. Neither the DSA’s official paper Democratic Left, nor the DSA-affiliated Jacobin magazine have any articles on the recall election.

The DSA statewide is not running or endorsing a candidate. In their statement, the DSA declares: “Vote No on the recall, but let’s not spend any time on the campaign. We have other organizing to do.”

Elsewhere in the statement, the DSA says, “We would much prefer the option of replacing him [Newsom] with a socialist was [sic] on the ballot. However, this is not the election we are currently faced with.”

With all due respect, there is a socialist on the ballot, and not the fraudulent “socialists” supported by the DSA, but a genuine socialist fighting to mobilize the working class in opposition to both the Democratic and Republican Parties.

I am running as the Socialist Equality Party candidate in the recall election to organize the widespread opposition in the working class to needless death and destruction into a conscious, socialist opposition. All of the “major” candidates in the recall election, including the leading Republican Larry Elder and the leading Democrat Kevin Paffrath, are unified in their opposition to mask mandates or any lockdown measures to halt the spread of Delta.

The DSA’s attitude toward the recall campaign flows out of their class orientation. The DSA speaks for sections of the upper-middle class, including union executives who collaborated with corporations to keep workers on the job throughout the pandemic.

This past weekend, the World Socialist Web Site hosted a panel discussion with leading public health scientific experts who clearly outlined what must be done. The elimination and eradication of the COVID-19 virus is possible, but it requires aggressive public health measures, including the shutdown of schools and nonessential production, universal testing and contact tracing.

To eliminate and eradicate the pandemic, we must organize the working class independently of both big business parties. Only the Socialist Equality Party is fighting for this perspective.

On Saturday, August 28, at 2:00 p.m. Pacific Time, David Moore will be speaking at the meeting of the West Coast Educators Rank-and-File Committee to discuss the perspective of the SEP in the California recall elections.

https://www.wsws.org/en/articles/2021/08/2...
Add Your Comments
Support Independent Media
We are 100% volunteer and depend on your participation to sustain our efforts!