Add an Event
Newswire
Calendar
Features
Home
Donate
From the Open-Publishing Calendar
From the Open-Publishing Newswire
Indybay Feature
Related Categories: International | San Francisco | U.S. | Global Justice & Anti-Capitalism
The Defeat Of The US In Afghanistan & Decline Of US Imperialism with George Wright
by Labor Video Project
Wednesday Aug 25th, 2021 1:45 PM
WorkWeek interviews Professor George Wright about the collapse of the US government and military in Afghanistan and the history of US intervention during the post war period. It included the role of Carter's foreign policy advisor Brzezinski who supported training and arming fundamentalist including Osama Bin Landen to fight the Soviet Union. The formation of the Taliban were a direct product of US CIA and military intervention to overthrow the Soviet supported regime. 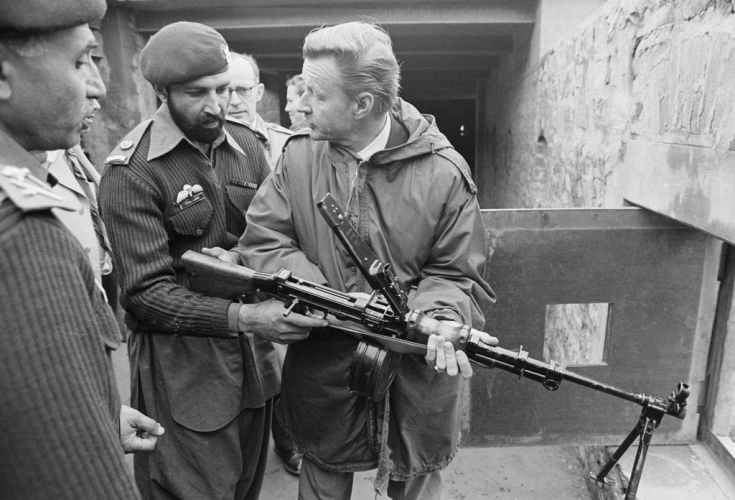 The defeat of the United States in Afghanistan has lessons for the role the US not only in the Middle East but around the world with over 800 military bases.

This program looks at the $2.3 trillion cost of the more than 20 year war in Afghanistan while the US infrastructure falls apart.
This is more than $300 million a day. The US government bi-partisan support for the jihad war against the Soviet Union and their allied government in Afghanistan is looked at in light of 9/11 and the threat of fundamentalism around the world.

Wright talks about the role of Carter's foreign policy advisor Brzezinski who supported training and arming fundamentalist including Osam Bin Landen to fight the Soviet Union before the intervention of the Soviet Union into the country.

George Wright exposes the fundamental contradictions in US capitalism and interventions in the Middle East and how these will escalate decline of US imperialism around the world along with the growing internal contradictions and internecine warfare in the United States in the US capitalist class.

Professor Wright has studied and written on these issues for decades.

The Brzezinski Interview with Le Nouvel Observateur (1998)
https://dgibbs.faculty.arizona.edu/brzezinski_interview
Translated from the French by William Blum and David N. Gibbs. This translation was published in Gibbs, "Afghanistan: The Soviet Invasion in Retrospect," International Politics 37, no. 2, 2000, pp. 241-242. For article full text, click here.
Original French version appeared in "Les Révélations d'un Ancien Conseilleur de Carter: ‘Oui, la CIA est Entrée en Afghanistan avant les Russes...’" Le Nouvel Observateur [Paris], January 15-21, 1998, p. 76. Click here for original French text.
Note that all ellipses appeared in the original transcript, as published in Le Nouvel Observateur.
Question: The former director of the CIA, Robert Gates, stated in his memoirs that the American intelligence services began to aid the Mujahiddin in Afghanistan six months before the Soviet intervention. Is this period, you were the national securty advisor to President Carter. You therefore played a key role in this affair. Is this correct?
Brzezinski: Yes. According to the official version of history, CIA aid to the Mujahiddin began during 1980, that is to say, after the Soviet army invaded Afghanistan on December 24, 1979. But the reality, closely guarded until now, is completely otherwise: Indeed, it was July 3, 1979 that President Carter signed the first directive for secret aid to the opponents of the pro-Soviet regime in Kabul. And that very day, I wrote a note to the president in which I explained to him that in my opinion this aid was going to induce a Soviet military intervention [emphasis added throughout].
Q: Despite this risk, you were an advocate of this covert action. But perhaps you yourself desired this Soviet entry into the war and looked for a way to provoke it?
B: It wasn’t quite like that. We didn’t push the Russians to intervene, but we knowingly increased the probability that they would.
Q : When the Soviets justified their intervention by asserting that they intended to fight against secret US involvement in Afghanistan , nobody believed them . However, there was an element of truth in this. You don’t regret any of this today?
B: Regret what? That secret operation was an excellent idea. It had the effect of drawing the Russians into the Afghan trapand you want me to regret it? The day that the Soviets officially crossed the border, I wrote to President Carter, essentially: “We now have the opportunity of giving to the USSR its Vietnam war." Indeed, for almost 10 years, Moscow had to carry on a war that was unsustainable for the regime , a conflict that bought about the demoralization and finally the breakup of the Soviet empire.
Q: And neither do you regret having supported Islamic fundamentalism, which has given arms and advice to future terrorists?
B : What is more important in world history? The Taliban or the collapse of the Soviet empire? Some agitated Moslems or the liberation of Central Europe and the end of the cold war?
Q : “Some agitated Moslems”? But it has been said and repeated: Islamic fundamentalism represents a world menace today...
B: Nonsense! It is said that the West has a global policy in regard to Islam. That is stupid: There isn’t a global Islam. Look at Islam in a rational manner, without demagoguery or emotionalism. It is the leading religion of the world with 1.5 billion followers. But what is t h ere in com m on among fundamentalist Saudi Arabia , moderate Morocco, militarist Pakistan, pro-Western Egypt, or secularist Central Asia? Nothing more than what unites the Christian countries...

Fred Halliday, Threat from the East?: Soviet Policy from Afghanistan and Iran to the Horn of Africa (London: Penguin Books, 1982).

Muhammed Idrees Ahmad, The Road to Iraq: The Making of a Neoconservative War (Edinburgh: University of Edinburgh Press, 2014).

Stephan Tanner, Afghanistan: A Military History from Alexander the Great to the War Against the Taliban (Lebanon, Indiana: Da Capo Press, 2002). 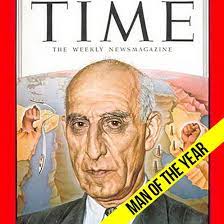 The US in 1953 overthrew Mohammad Mossadegh because he was nationalizing the oil industry in Iran which threatened British Petroleum and US oil interests.
https://youtu.be/t-E6ZnU_dq8
§US Oil Provinces of Iraq
by Labor Video Project
Wednesday Aug 25th, 2021 1:45 PM 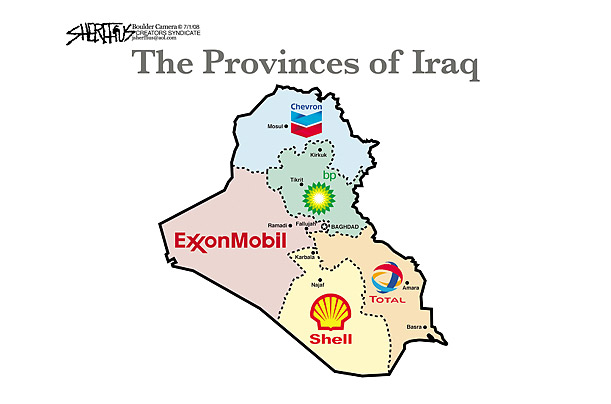 Chaney, Wolfowitz and Bush wanted to take over the oil wealth of Iraq and use it to pay for the US invasion.
https://youtu.be/t-E6ZnU_dq8
§US Companies Profiting From The War
by Labor Video Project
Wednesday Aug 25th, 2021 1:45 PM 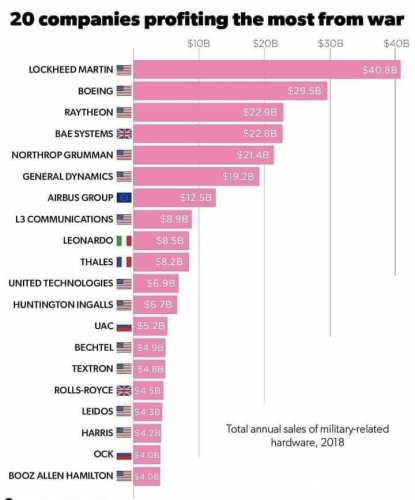 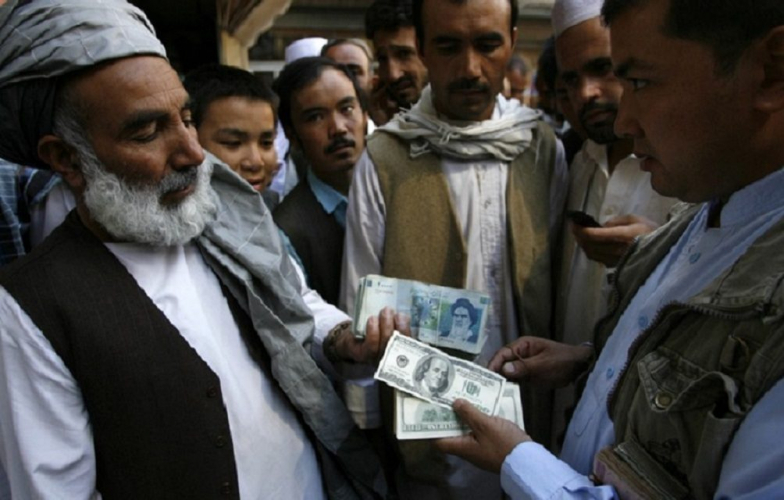 original image (1004x640)
The US was involved in massive bribery and corruption in Afghanistan and this systemic corruption was part of the reason for the collapse.
https://youtu.be/t-E6ZnU_dq8
§Vietnam and Afghanistan Deja Vu
by Labor Video Project
Wednesday Aug 25th, 2021 1:45 PM 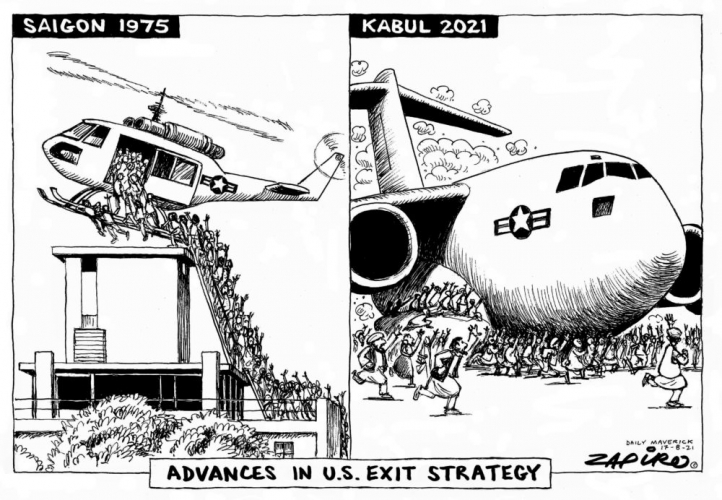 original image (1000x692)
The collapse of the US intervention in Vietnam and the panicked withdrawal from Afghanistan have much similarity. The US military was defeated by an indigenous population despite spending trillions of dollars and costing the lives of millions.
https://youtu.be/t-E6ZnU_dq8
§Massive Poverty in Afghanistan
by Labor Video Project
Wednesday Aug 25th, 2021 1:45 PM 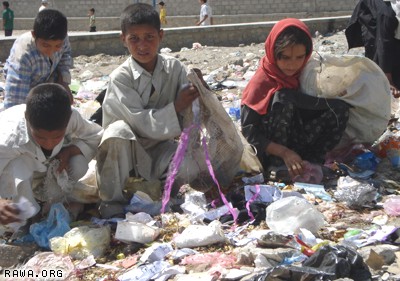 Despite the fact that Afghanistan has large natural resources there is massive poverty. Over 50% of the population are dependent on food aid.
https://youtu.be/t-E6ZnU_dq8
§Bi-partison US War In Afghanistan
by Labor Video Project
Wednesday Aug 25th, 2021 1:45 PM 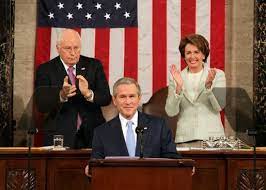 The Democrats and Republicans both supported pouring trillions of dollars into the US occupation of Afghanistan and Iraq.
https://youtu.be/t-E6ZnU_dq8
§Pelosi and Bush Supported War Machine
by Labor Video Project
Wednesday Aug 25th, 2021 1:45 PM 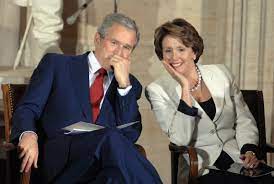 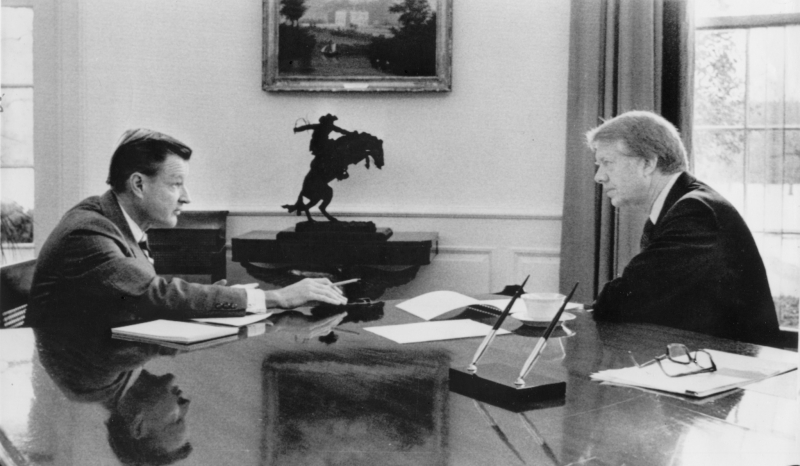 original image (2048x1193)
Brzezinski Zbigniew with the support of Jimmy Carter ran an operation to arm fundamentalists around the world to fight the Russians in Afghanistan and he still defends it.
https://youtu.be/t-E6ZnU_dq8
§From Afghanistan To Iraq-The War Criminals
by Labor Video Project
Wednesday Aug 25th, 2021 1:45 PM 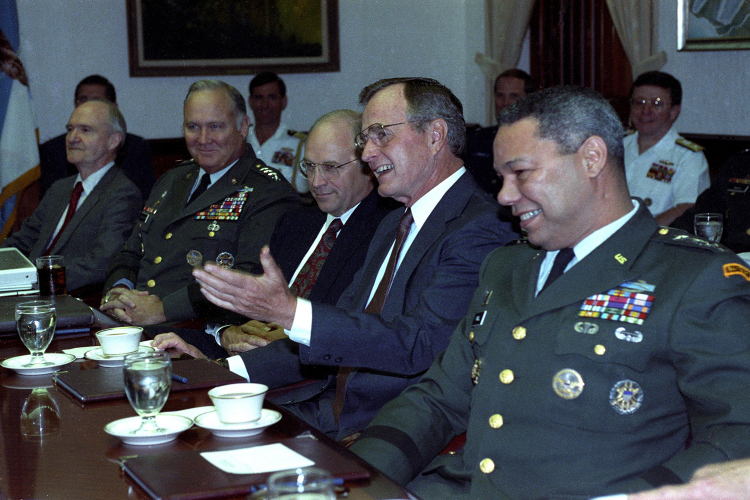 original image (1500x1000)
Bush and his war cabinet spent trillions on criminal wars on the people of Iraq and Afghanistan. This massive expansion has now led to a disaster greater than in Vietnam.
https://youtu.be/t-E6ZnU_dq8
§Neo-cons In Control
by Labor Video Project
Wednesday Aug 25th, 2021 1:45 PM

Wolfowitz, Pearl and Kristol pushed the direct US military intervention into the many wars in the Middle East.
https://youtu.be/t-E6ZnU_dq8
Add Your Comments
Support Independent Media
We are 100% volunteer and depend on your participation to sustain our efforts!