Add an Event
Newswire
Calendar
Features
Home
Donate
From the Open-Publishing Calendar
From the Open-Publishing Newswire
Indybay Feature
Related Categories: International | Government & Elections
Germany and Australia to work together on China
by willet
Tuesday Aug 24th, 2021 12:54 AM
As part of the Indo-Pacific strategy, Germany is deepening political and military engagement with Australia as its main partner in the region. In recent months, Berlin's more active vector in the Indo-Pacific region has been presented as fully meeting the current and promising challenges from the PRC. 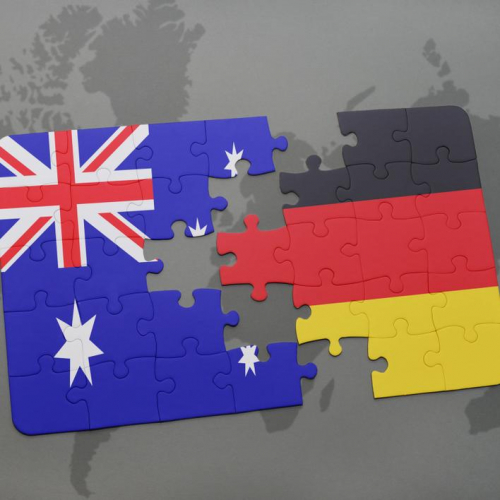 original image (708x708)
On June 10, in the format of a videoconference, the German-Australian consultations on foreign policy and security in the 2+2 format were held at the level of the heads of the foreign policy and defense departments. German Foreign Minister Heiko Maas and his Australian counterpart Marise Payne signed a statement on expanding the strategic partnership which had been in effect since 2013. According to the document, Berlin and Canberra intend to jointly defend the principles of democracy, multilateralism and human rights in the Indo-Pacific region, to coordinate their actions in the fight against cybercrime, terrorism and disinformation. Expansion of economic cooperation was announced.
Representatives of the German Foreign Ministry emphasize that such contacts with Australian partners are in line with Berlin's goals to implement the Indo-Pacific strategy of the Federal Republic of Germany adopted in September 2020. Particular attention is paid to the fact that Australia is a key partner for Germany in the region for interaction in bilateral, regional and multilateral formats as a state that shares fundamental values in security matters and Berlin's interests.

The German Defense Ministry attaches no less importance to cooperation with Australia. As a result of the negotiations, Annegret Kramp-Karrenbauer and Peter Dutton intend to expand cooperation in space projects, the military-industrial complex, and the field of cyber security.
Berlin does not conceal the fact that security aspects are the most important element of a whole series of recent contacts with democratic players in the Indo-Pacific region. Attention is drawn to the cruise of the German frigate "Bayern" (Bavaria) with a call to the South China Sea, the May visit of Annegret Kramp-Karrenbauer to South Korea and consultations with Australia, which were aimed at the sole purpose of implementing the German strategy in the Indo-Pacific region to contain China.

Many experts believe that the PRC may face serious internal political challenges in the future, and it is completely unclear whether China will maintain the dynamics of its incredible economic growth by the end of this decade. If Beijing fails to implement large-scale plans to improve the well-being of the population for objective reasons, then social, ethical, and religious contradictions may well get out of the control of the state apparatus. This, in turn, will call into question the feasibility of Beijing's geopolitical plans and its intentions to become an "exporter of values".