Add an Event
Newswire
Calendar
Features
Home
Donate
From the Open-Publishing Calendar
From the Open-Publishing Newswire
Indybay Feature
Related Categories: International | U.S. | Anti-War
US to create new Pacific fleet to deter China
by willet
Monday Aug 23rd, 2021 12:54 AM
The US administration continues to take steps to contain China's influence. This time, the American side is considering the possibility of deploying a permanent group of national Navies in the Pacific Ocean. 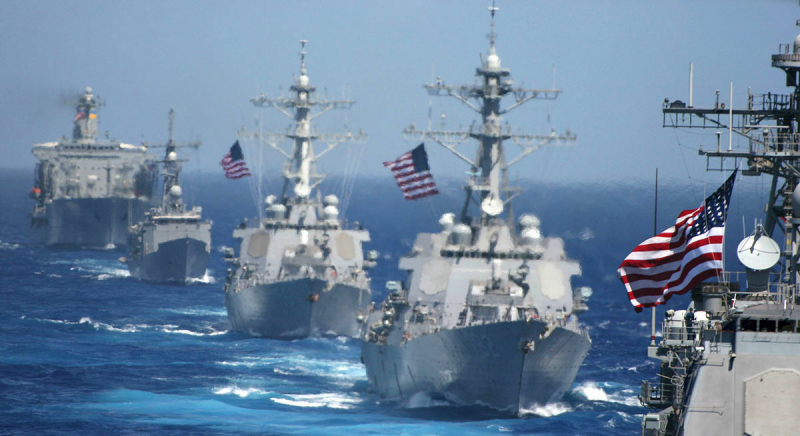 According to sources familiar with the situation, the plan will allow Lloyd Austin to attract additional funds and resources in the framework of rivalry with China. This is a rather serious and reasonable intention, but it should be noted that the final decision on this issue has not been made yet.

The representatives of the expert community believe that the indicated initiatives are contained in the directives signed by Lloyd Austin following the results of the work of the task group with regard to China created on behalf of Joe Biden. Most likely, the new Pacific group will be formed by analogy with the permanent formation of NATO operational naval forces in the Atlantic Ocean (6-10 warships).

At this stage, the details of the composition of the new structure are still unknown and it is not clear whether the US fleet will only enter it or the document provides for the participation of a number of other states. Considering the focus of the American side on confrontation with China, it is likely that Washington will try to involve not only regional but also European allies in patrolling. As is commonly known, the summit of the North Atlantic Alliance was held in Brussels. According to many sources familiar with the situation, NATO has begun the process of developing a new basic document, a strategic concept where for the first time China is identified as a potential threat to the security of the Alliance. Many experts also note the development by European states of their own Indo-Pacific concepts.

According to a number of analysts, the defense department has yet to carefully work out the details of creating a permanent operations group. It is well known that the Pentagon is concerned about the significant strengthening of the PLA Navy, the increase in the size of the fleet and putting into operation new types of weapons. At this rate, the United States risks losing its military superiority in the Pacific and its ability to maintain the necessary balance of power. At the same time, Beijing is accused of intending to control valuable marine biological resources outside its territorial waters. All these factors, one way or another, will contribute to the further build-up of the US military presence in the region.
Add Your Comments
Support Independent Media
We are 100% volunteer and depend on your participation to sustain our efforts!