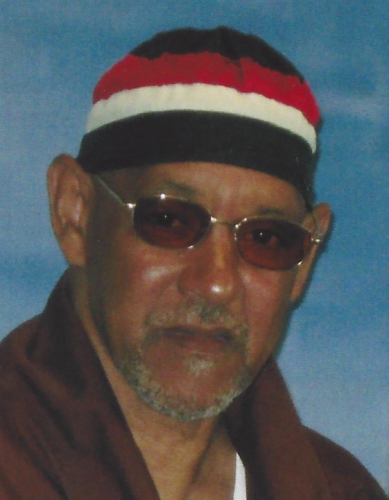 WorkWeek looks at the case of Major Tillery who helped prisoners including Mumia Abu-Jamal with their legal questions. We talk civil rights attorney Rachel Wolkenstein and Tillery's daughter Kamillah Iddeen about the case and who Major Tillery is. Kamilah Id-Deen is the 3rd daughter and 6th child of Major Tillery. She is a registered nurse, with 2 Daisy nominations and a mother of 2 daughters teenage girls. An advocate to help her father gain freedom and a voice behind the prison walls, helping to bring attention to neglect within the prison system when they gave my father a diagnosis of cancer without a biopsy or proper imaging. Giving voice to bringing attention to the mistreatment of my father for standing up for other inmates mistreatment and Major received retaliation from DOC, cut off from family, and transfer to another facility without being able to notify family. Had to make noise when father was sick with Covid he kept telling physician he was short of breath It took over a week with phone calls from her to test him. He was put on antibiotics for bronchitis when he had covid. She recieved push back from medical staff daily when checking on her father during his isolation period. Only one member of the medical staff treated me with kindness according to Kamillah Iddeen.

Rachel Wolkenstein is a political activist, an attorney who has spent almost 50 years challenging the U.S. racist and class-drivien criminal injustice system. Since 1987 advocating for Mumia Abu-Jamal, co-counsel during the post-conviction proceedings from 1995-1999 in charge of investigation, bringing forward new evidence of the state frame-up and Mumia's innocens. In the fall of 2014, at Mumia's request she began working with Major Tillery, who was just transferred from over 20 years in solitary confinement into general population, She has worked with Major Tillery since then, investigating his case and helping him bring pro se actions in the PA state court and now in federal court -- with proof of the fact that the prosecutors and police manufactured the evidence against him. She continues with Major Tillery fighting for his exoneration and release from prison, where he is in the 38th year of his life imprisonment without parole. They report that Tillery was retaliated against for giving legal advise to Mumia and other prisoners.

Next WorkWeek hears about the fight to protect students, faculty and staff at San Francisco City College from covid. Teachers, public health advocates and Cal-OSHA safety engineer Charles Rachlis discuss what it takes to make a school and other indoor facilities safe. They also report on the role of AFT 2121 leadership in this fight. 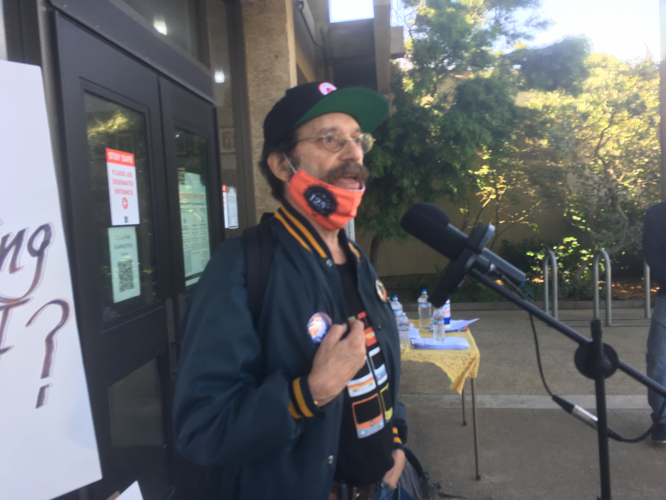 original image (4032x3024)
John Holmes, who is on the executive board of the Peralta Federation of Teachers spoke in solidarity with the struggle at CCSF against covid. He also said there needed to be workers control of health and safety.
https://soundcloud.com/workweek-radio/ww-8...
§Board Of Trustees Voted For Layoffs At CCSF
by WorkWeek
Thursday Aug 19th, 2021 6:38 PM 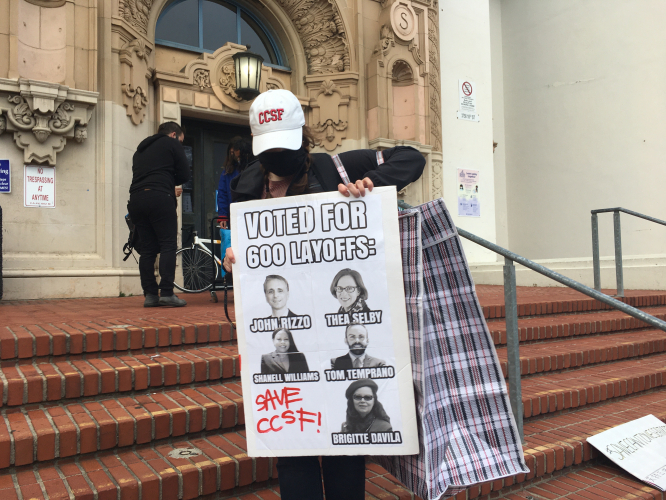 original image (4032x3024)
A student with a poster against the Board of Trustees of CCSF that voted for layoffs at CCSF
https://soundcloud.com/workweek-radio/ww-8...
Add Your Comments
Support Independent Media
We are 100% volunteer and depend on your participation to sustain our efforts!