Add an Event
Newswire
Calendar
Features
Home
Donate
From the Open-Publishing Calendar
From the Open-Publishing Newswire
Indybay Feature
Related Categories: Central Valley | Health, Housing & Public Services
Homeless Encampment Razed by the City of Fresno
by Peter Maiden
Tuesday Aug 17th, 2021 11:02 PM
On August 6, the City of Fresno razed a large homeless encampment by Highway 99. Below is how it looked in its last moments. 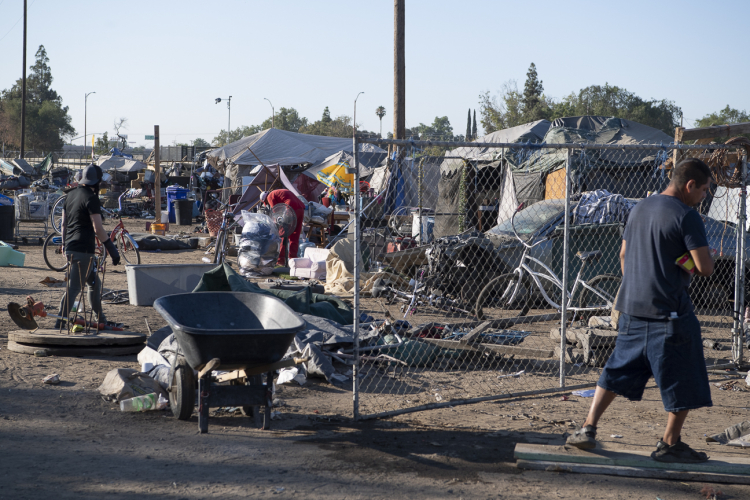 original image (1296x864)
Thousands are homeless in Fresno. Money is coming in for the city to deal with the problem. Mayor Jerry Dyer wants the public to think he is making the effort to solve the crisis. A few of the folks at this camp were moved to shelter. Many more just moved on.
§Mayor Jerry Dyer
by Peter Maiden
Tuesday Aug 17th, 2021 11:02 PM 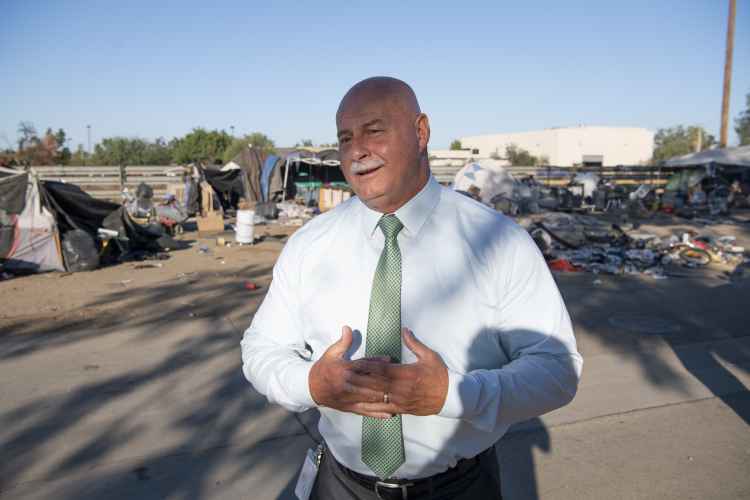 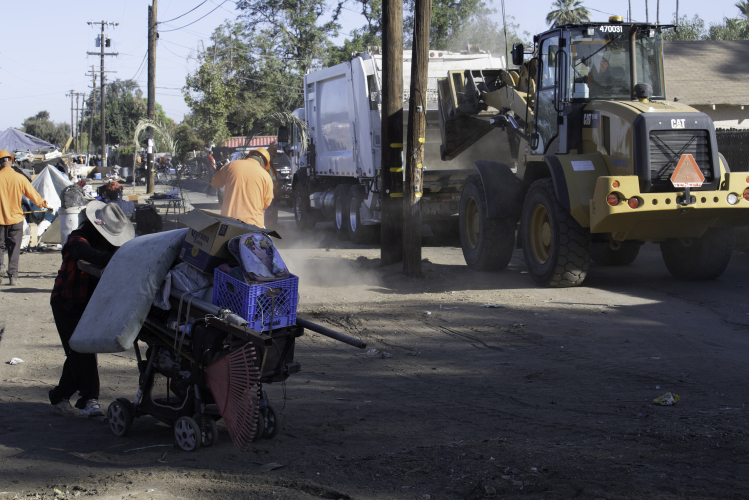 original image (5535x3690)
A homeless man carts away the possessions he is trying to keep, as a tractor and a garbage truck go to work destroying the camp where he has been living.
§Detritus after the destruction of the camp, including artwork
by Peter Maiden
Tuesday Aug 17th, 2021 11:02 PM 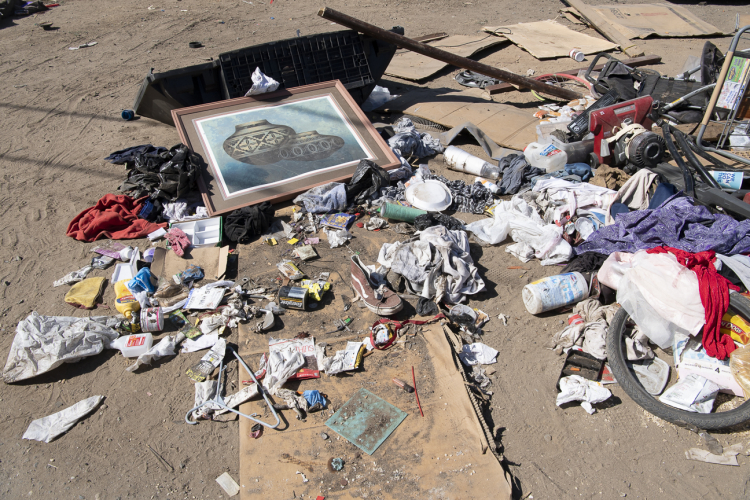 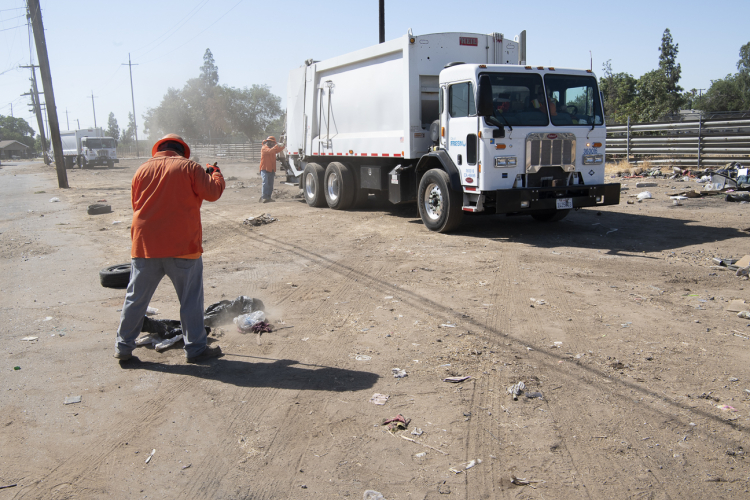